A band looking to the future rather than the past [Karnataka] 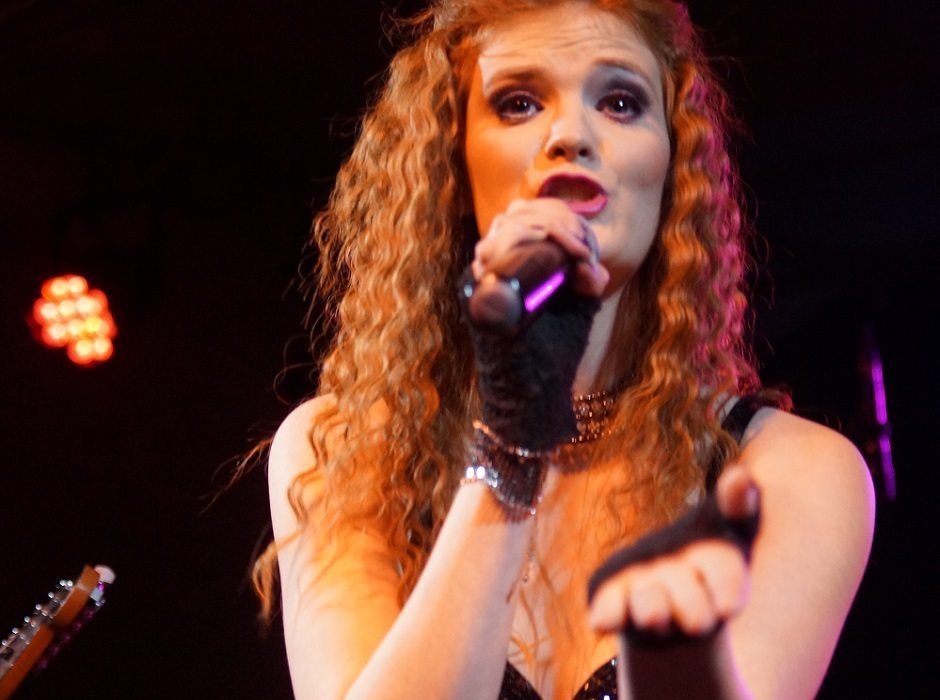 Fronted by their third lead singer (former Riverdance singer Hayley Griffiths) the new-look Karnataka made a strong impression back in 2012, with some extensive touring, spawning the DVD New Light. Since then they’ve spent most of the past couple of years in the studio recording a new album. Despite the length of time they’ve been away, they pulled an appreciable crowd for a Sunday night on the fourth date of the “Secrets of Angels” tour. 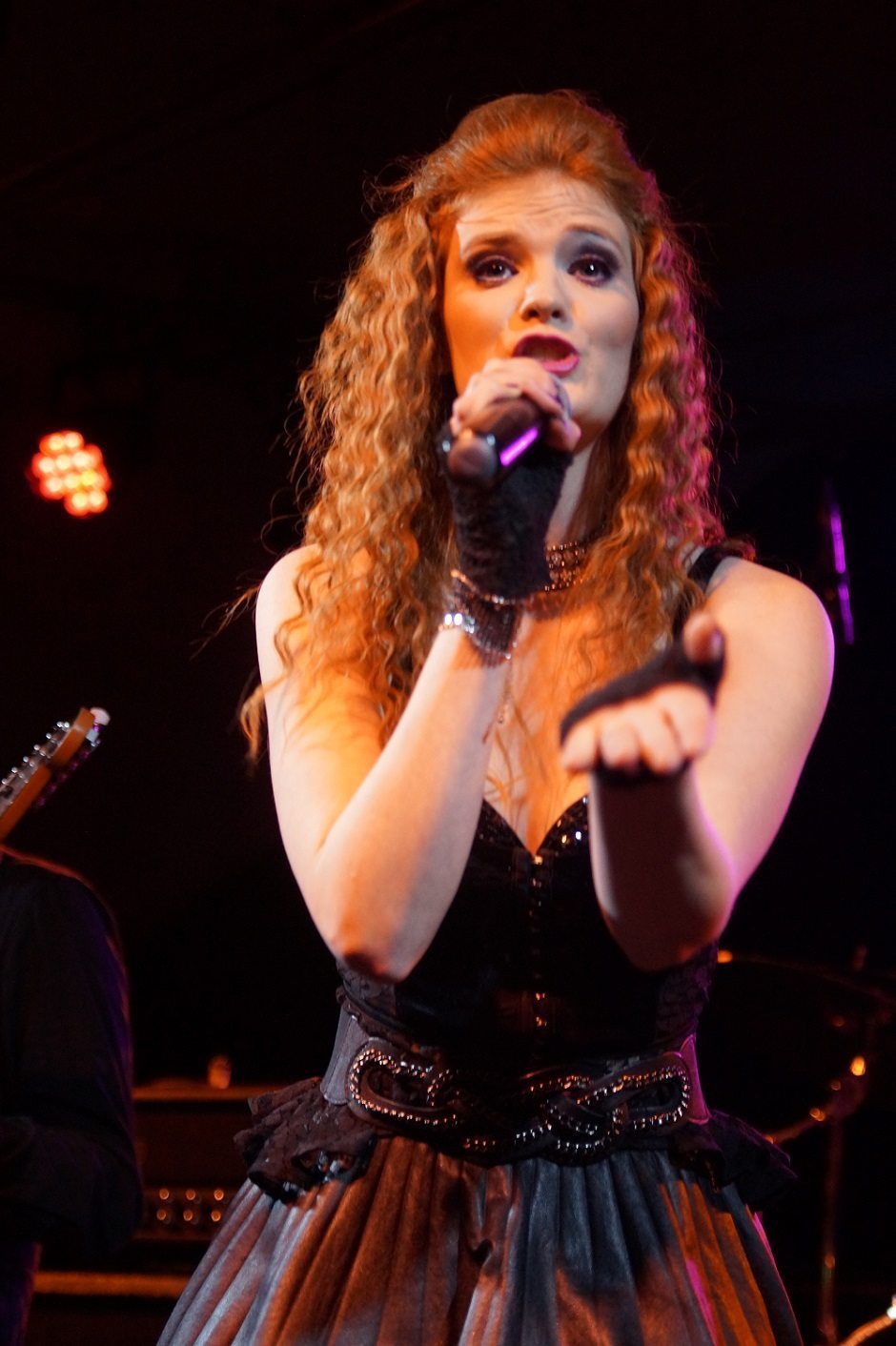 They launched with “Road to Cairo”, a driving hard rock number from the new record which some people may have recognised since it appeared on the cover disk of Prog magazine ahead of the album release. Although they promised they’d be playing the new album in full, the first set emphasised well-known favourites: a powerful “Talk To Me”, “The Right Time”, and an impressively rocked-up take on “Delicate Flame of Desire”, featuring some evocative guitar work from Enrico Pinna. A drum-heavy reworked intro heralded the lengthy “The Gathering Light” to bring us to the interval.

If the first set focussed on the familiar, the second half was almost entirely new, and this was where Hayley Griffiths really came into her own with material written to take full advantage of the remarkable power and range of her voice, as demonstrated by the operatic high notes of “Poison Ivy”.

All very dramatic and dynamic, closer to the symphonic metal of bands like Nightwish than the ephemeral sound of their early days. They finished with the epic-length title track, parts of which saw a return to the Celtic atmospheric side of their music.

The band encored with the lighters-in-the-air ballad “Feels Like Home”, with its a cappella ending, and then it was all over, leaving us wishing for more.

Karnataka were a great live band back in 2012, but this performance saw them raise their game to another level. Hayley Griffiths’ dramatic stage presence and stagecraft makes her the visual focus of the band, and she’s more confident now in the role of rock frontwoman, even if her song introductions occasionally sounded a little stilted.

Enrico Pinna has to be one of the most talented guitarists in any band of this level; reeling off magnificent cascading solos. And new drummer Jimmy Pallagrosi made a very strong impression; with his mop of hair and the storm he kicked up behind the kit he sometimes seemed to be channelling Animal from the Muppets. 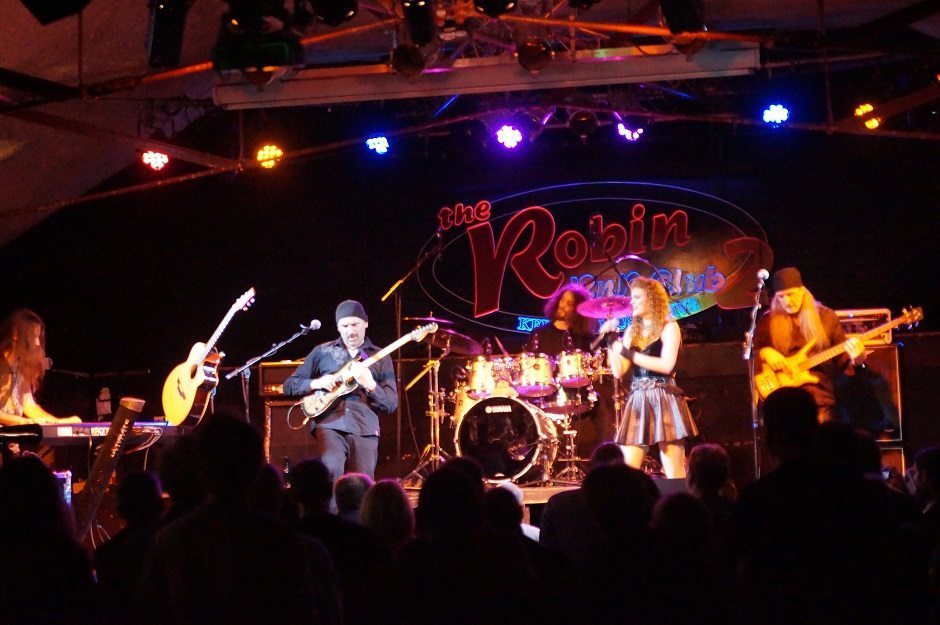 Karnataka have gone through a lot of changes over the years; bassist and composer Ian Jones is the sole constant factor, and Enrico Pinna is the only other remaining member from the band that recorded their previous studio album The Gathering Light. But the way they reinterpret older material rather than attempt to faithfully recreate the originals should have long dispelled the idea that they’re any kind of glorified tribute band, and the emphasis on new material on this tour shows a band looking to the future rather than the past.

While there were still one or two who preferred earlier versions of the band, finding this incarnation too bombastic, the new harder-rocking Karnataka won over the vast majority of the crowd in Bilston.

Next Story:
The Man Who Brought Fantasy to the Masses [Terry Pratchett Eulogy]