White Light, Infinity and a Love of Life (Swans Remasters)

[dropcap style=”font-size:100px; color:#992211;”]Q[/dropcap]uantise, dither, distort. Mastering is the interface of science with art, where the brave musician entrusts the whitecoats of labtech with his fragile offering of rare beauty.

Or, as the British Expeditionary Force suggested in their 2012 Trebuchet interview:

‘Mastering … let’s face it, is just turning it up and down until it sounds good and then maybe playing with the treble and bass buttons.’

Michael Gira, being the wry type, probably hovers somewhere between the two poles. Remasters of the Swans‘ back catalogue continue apace. 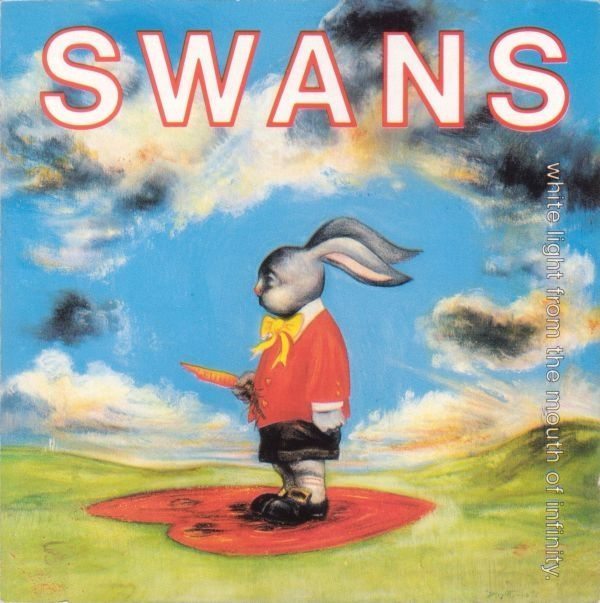 White Light from the Mouth of Infinity, Swans’ seventh studio album originally released in 1991, is considered the starting point for the second section of Swans’ inimitable history. Described as “…the glistening, glimmering sounds of the pensive countryside” by Stereogum, this will be the first time White Light from the Mouth of Infinity has been available on vinyl since its original release on Young God Records in 1991. The vinyl issue will include the track ‘Blind’, not included in the original release.
Love of Life, the band’s eighth studio album, followed soon after in 1992. According to Allmusic’s Ned Ragget, “Love of Life continues the astounding creative roll Swans found themselves on … yet another Swans masterpiece.” The vinyl version of this album has also been unavailable since its original release. 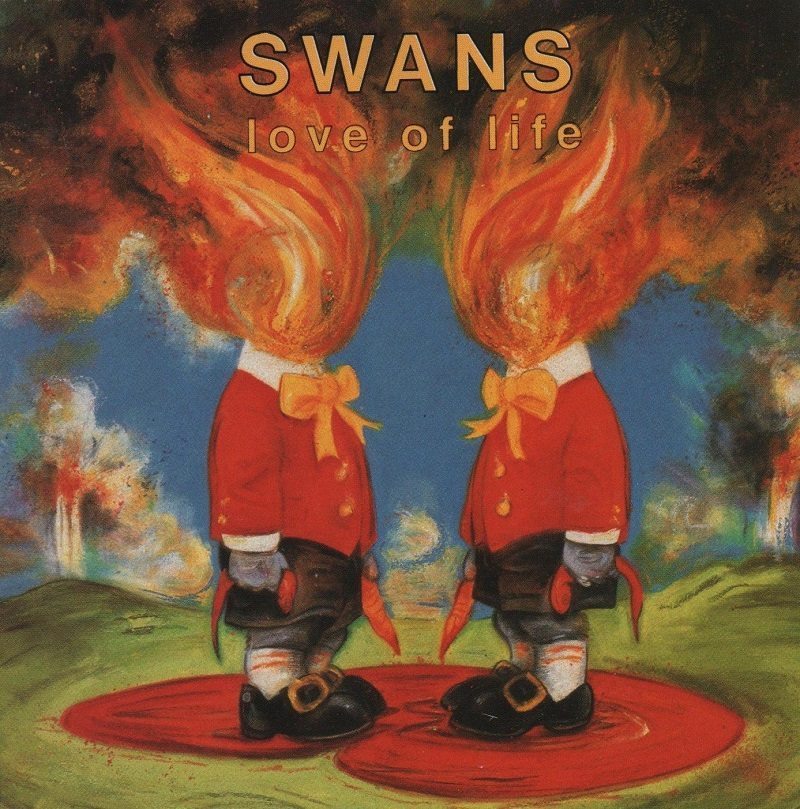 Michael Gira recently announced that Swans are currently working on their last album in this “current incarnation”. The basic tracks and vocals were completed last month at Sonic Ranch studio in Texas with John Congleton as engineer, with Michael Gira producing. Further work will continue in Seattle and Berlin and the new album is expected to be released on Mute / Young God Records in late spring 2016.
Preorders are available now from:
http://smarturl.it/Swans3CD
http://smarturl.it/SwansVinylBoxSet
http://younggodrecords.com

Next Story:
Back Behind Your Guitars, Boys! The Sistas are Spreading the Blues