After suffering or witnessing a traumatic event, long after the painful event has passed, one will often continue to fear a recurrence of the incident.

One becomes hyper-vigilant, deploying a police state of the mind, and in so doing, a lockdown of empathy and imagination comes to pass. The legacy of a fear-ridden past occludes future possibility. Time passes, yet one stands frozen in place, shackled to the singular moment of a trauma that has long since passed. The imagination atrophies; one’s ability to love fades.

This is the miserable legacy of blood maintained empire, and its domestic analog – a culture defined by capitalist blood-sucking and a police state mindset of perpetual violence and authoritarian siege. If you are curious as to why U.S. culture has become increasingly stultifying – why daily life in the nation has been drained of resonance, inspiration, and bereft of a vital core – look no further than the emotional blowback borne of the national (in)security state.

It is only after one chooses to dismiss the crackbrain guardians of perpetual fear – personal and collective – that it becomes possible to regain the ability to move freely in the world. The shackles of one’s incarcerated heart will be shattered. Then, and only then, can one become sufficiently free to be held in the embrace of the present moment. And the future, less circumscribed by an oppressive legacy, can unfold like the dawn of a newborn day. 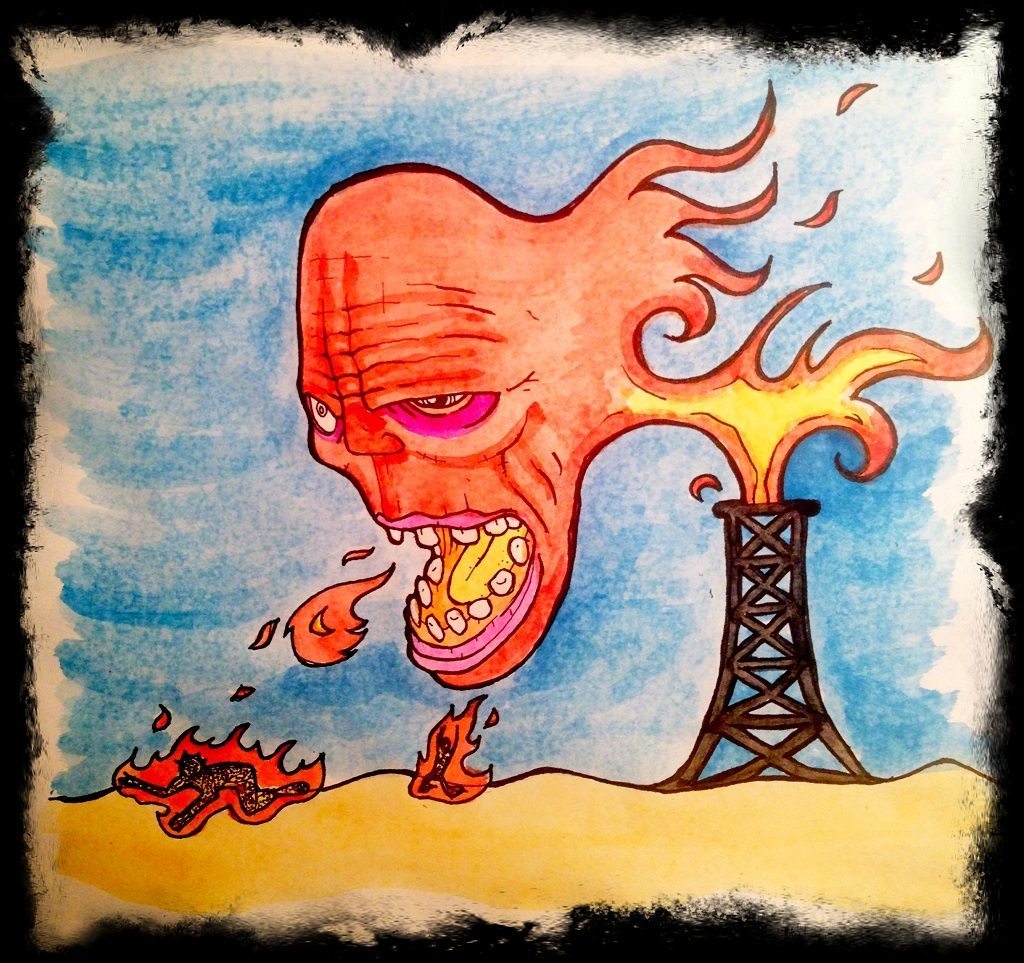 An empire, its flacks, operatives and enforcers market in fear, specifically, in false or exaggerated fears. The collective mind of empire is a house of distortion mirrors wherein appearances cannot be trusted, all sense of proportion is lost. One’s perceptions cannot be trusted; the most wily, dangerous enemy of all has become one’s own mind.

Minor threats are perceived as looming dangers – the Rumpel (Trumpel)stiltskin in Reverse effect. Pressing matters are neglected as obsession with trivia trumps all things. An empire bristles with armaments, all aimed at exaggerated and invisible enemies.

Fear is a phantom. You can attempt to strike him all day long, but to no end, other than to leave you agitated and spent. Keep at it and you will collapse from exhaustion, as we are witnessing with deep state psych-op addled Democratic partisans muttering in their delirium…’Putin. Putin. Putin…. I heard his scheming voice in my hard drive….’

This is the way empires meet their end. A giant goes mad, addled by the buzzing of flies he hallucinates are a squadron of dragons.

Empires dream of dangerous dragons, and one’s dreams reveal who one is within. This internal dragon is a ruthless, efficient killer. This monster first kills your heart, then your imagination, then your mind. In this way, empires collapse, consumed in their own raging flames.