A night-perfect fusion of doom (both traditional and modern), black metal and Groooooooove. 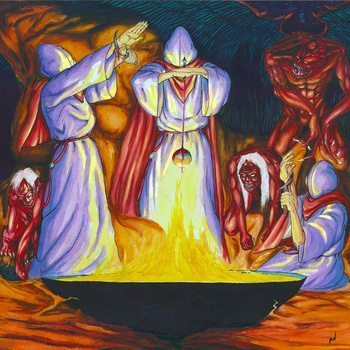 Black Sabbath was inseparable from its roots in the workshop grot and toil of the Black Country, yet the thrash output of Megadeth and Metallica seemed a million miles away from the harsh conditions some of their members grew up in, a feature they shared – bizarrely enough – with many a Motown act.

such as “THE MUSIC

Throbbing Gristle, meanwhile, gleefully charged off screaming from its odd mix of public school and lower middle class origins. Then Nine Inch Nails took that industrial sound and popped it up, producing music by and for the more tragically hip end of the Gen-X spectrum. Yet who could have imagined that Depeche Mode emerged from, err, Basildon or that Freddie Mercury was a Parsee born in Zanzibar? Black Metal was light years away from the soft, warm Scandinavian societies that spawned it; hip hop is intimately welded to the African American experience, and so on.

Which brings us neatly to TOAD (Take Over And Destroy), a metal outfit from, err, Arizona, a desiccated place full of gun-toting near-fascists and a strain of fleck spit, shrieking right wing politics that could only have come into being under the harsh, indifferent glare of a desert sun. Their music promptly says ‘fuck that’ and wraps its spindly arms around a black/doom fusion sound instead.

The end result is as un-Arizonan as you could expect. Imagine Khold having a fight with Barathrum in a creepy, abandoned, rot-wood church in dankest Massachusetts, with a wheezing, satanic organ and Japanese deathsters Coffins providing the mood music, and you’re pretty much there. While perhaps hard to describe entirely, it is a night-perfect fusion of doom (both traditional and modern), black metal and Groooooooove, which blends together well and to catchy effect.

Each song, be it opener “Taste of the Grave” or the Lovecraft-obsessed “Howling House” (complete with lyrics such as “THE MUSIC OF ERICH ZAAAAAAAAA-HHHHHNNN!!!!”), delicately balances extremity and harshness with rhythm and rich texture, neither dwelling too long on one section nor bombarding the listener with too many ideas at once.

Most importantly, of course, it sounds like the band is actually enjoying itself. The songs may be creepy and abrasive, but they’re also fun to listen to, and hint at quite a live performance, should TOAD ever decide to jump off its rancid lily pad, swim through its foetid pond and leap onto the nearest grimy stage somewhere.

The outfit does of course treat its dark material respectfully; it’s just that it’s having a great time doing so. In the most perverse way imaginable, it is oddly life-affirming, and a million miles away from the scorched earth absolutism of its Arizonan roots.

TOAD’s Endless Night is out now on Comfort Point Records, or via the band’s page on Bandcamp 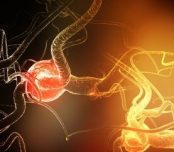 Next Story:
Stop the Voices! Internal Monologues and Health