The Eclipse of Postmodernism?

What are the key contenders to postmodernism and can they really end the epoch?

[dropcap style=”font-size:100px;color:#992211;”]P[/dropcap]ostmodernism has been declared dead although not that convincingly; no great set piece event such as the destruction of modernist buildings across the world (the event that heralded the onset of postmodernism) has happened to convey its end, and it feels that the declarations are attempts to wilfully draw a line under the period rather than observations.

In 2009 the Tate made such a declaration with the show piece first lecture (called “Prologues”) of a four day event which outlined the ideas of ‘Alter Modernism’ the first lecture was called, ‘The End of Postmodernism.’ Each day focused on an aspect of alter-modern, the first being that it was replacing postmodernism.

The undermining of the ‘end of history’ idea, something which appears pivotal and outlined in a previous article (Postmodernism & Its Discontents) has not seen the rise of new epoch but has only served to further fragment and over stretch American (and by extension western) power. The return of history referred to in that essay witnesses a highly conflicted mixing of power and culture and no solutions seem to have been found for other problems either; such as media and image saturation, the predominance of simulacra, and the commodification of everything.

Attempts to draw a line under postmodernism, could be sympathised with if it didn’t feel like a rebranding by the chattering class in the world of theory. Seeking to elongate research projects and justify new books and exhibitions which boldly claim the demise of the age, instead of addressing its problems. Such declarations make for a nice way to create a buzz around a new publication or exhibition and should be viewed with scepticism since they further obfuscate postmodernism’s already difficult to discern pit falls.

Its difficult to end a failure unless

you can move on and stop picking

over the bones of the last epoch

Before looking at the contenders for new epoch, and giving each the benefit of the doubt; it’s important to note that while postmodernism was and is embraced by certain architects, artists and theorists it was not a direct result of their activities, but due to the disastrous failure of Modernism. Postmodernism was never dependant on agents like Dada, Duchamp or Warhol their observations were reactions to various sources of trauma.

Dada- reacting to the horror of industrial scale war and the failure of the cannon of art to remodel man (briefly many of the artists were re-stitched into art history via the theory of Freud and the efforts of Breton through surrealism before those ideals dissolved into commercial strategies employed by the market) Below Hausmann’s photomontage is both made from a process which was seen not to require traditional skill and therefore did not require an institutionalised ‘trained’ artist, it also mocks the traditional way of accounting for art by showing the art critic of the title in a disparaging way (beholden to money, under the thumb and literally with his foot in his mouth). 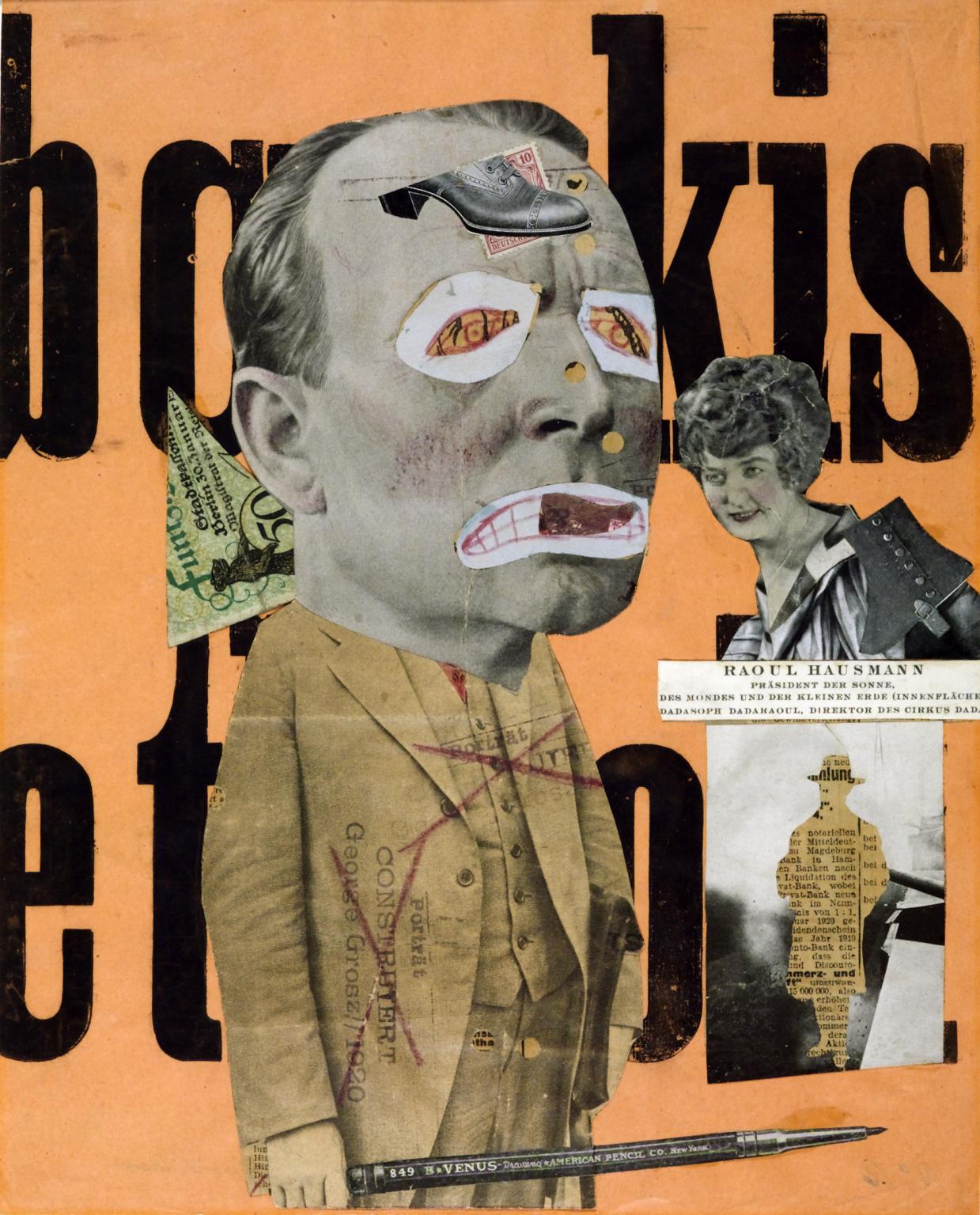 Duchamp- reacting to the failure of, ‘further experimentation’ or the avantgarde thrust in general to result in a holistic creative expression by un-alienated people. Recall his statement,

“The word ‘art’ interests me very much. If it comes from Sanskrit, as I’ve heard, it signifies ‘making.’ Now everyone makes something, and those who make things on a canvas with a frame, they’re called artists. Formerly, they were called craftsmen, a term I prefer. We’re all craftsmen, in civilian or military or artistic life,” Marcel Duchamp 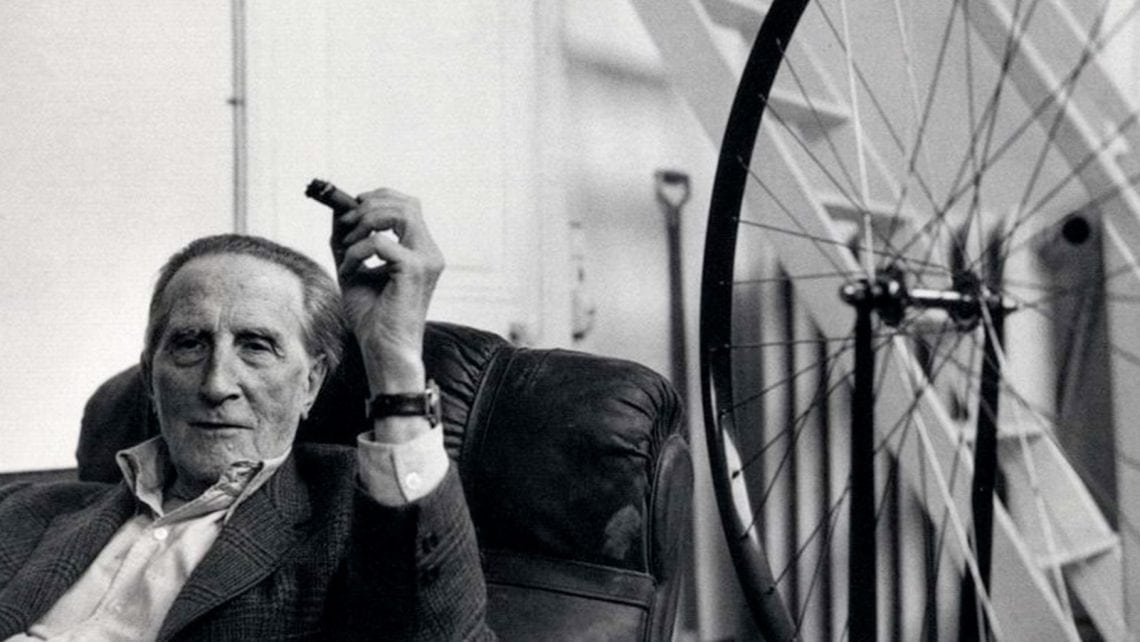 Marcel Duchamp with some of his work.

Duchamp tried to undermine commodification with the urinal only to see it assimilated into the market and the cannon, finally giving up to play a clearly defined mathematical game, chess,

“The entire world of art has reached such a low level, it has been commercialized to such a degree that art and everything related to it has become one of the most trivial activities of our epoch,” Marcel Duchamp

Warhol reacting to the dominance of the image the pure surface, his celebration of this and continued repetition of banal motifs betrayed a private life of antiques and middle class luxury (see why I hate the 60s here). His practice was an ironic cash in of course but more importantly it represents a total acquiescence to the market and the image as the message rather than being a key or gate to greater meaning. Warhol’s interest in banal celebrity also highlights this fascination. 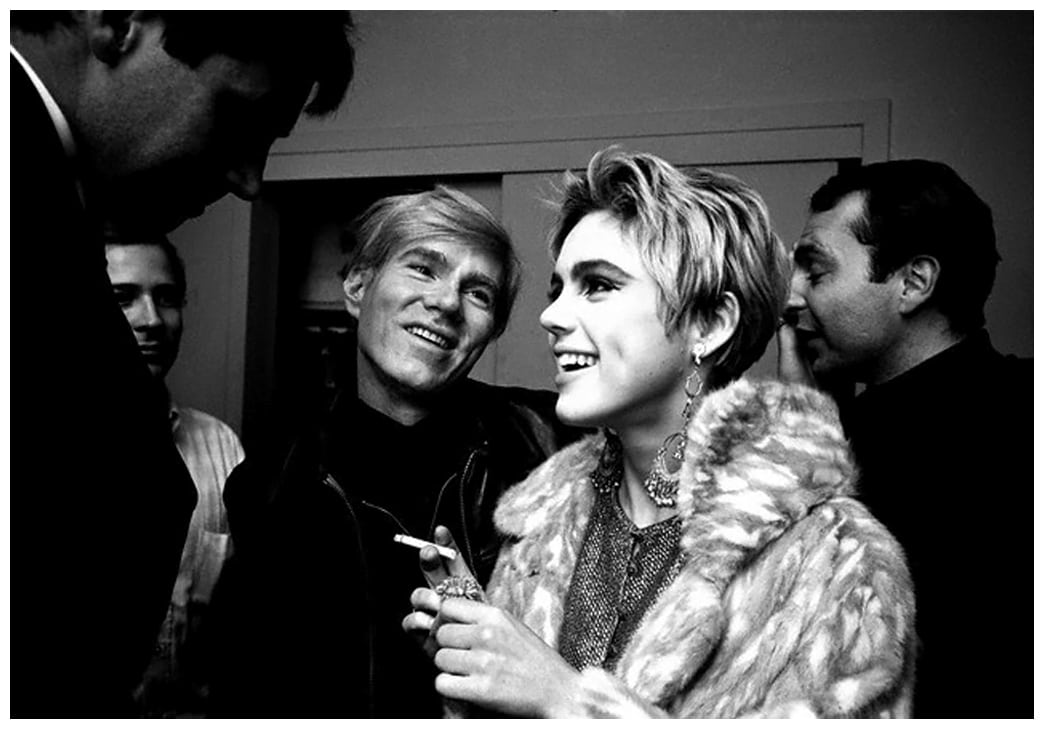 This is what makes the era so difficult to change, there is no agenda that failed at any point so we can’t point to that failed goal and say, look it failed its over we can move on, Postmodernism is the failure of another project.

Given our misgivings about the end of the era we should consider the contenders for its replacement. The question is can we be un-traumatised by the intervention of a new dawning era or rather can a new era dawn if we remain traumatised by modernisms failure?

See the next article on Friday 15th June.