One Two Three Swing!, the new site-specific Hyundai Commission at Tate Modern, is a splice from their laboratory that proves typically and artfully characteristic of this theme. 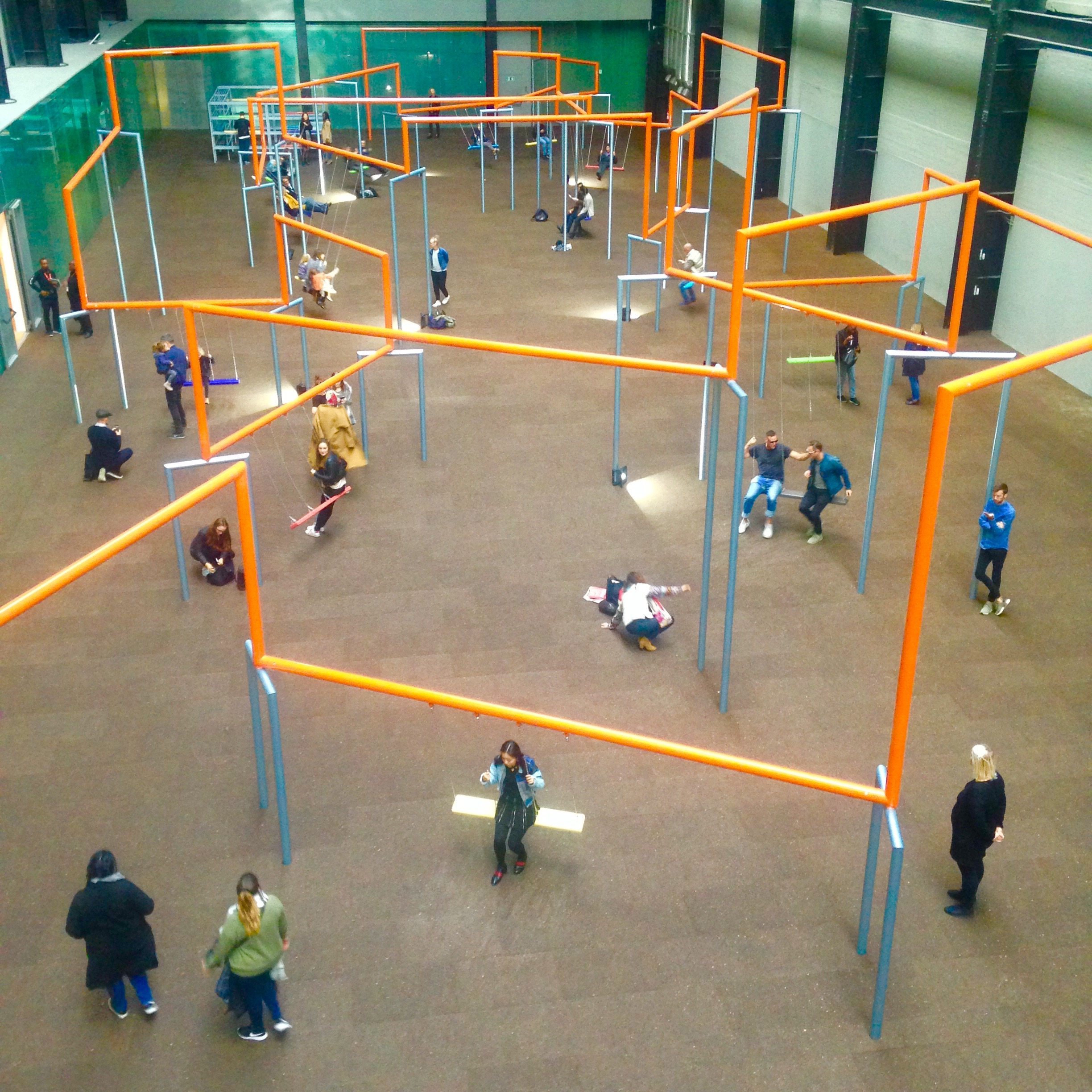 An exoskeleton of orange pipes supporting a network of swings (each designed for three people for optimum movement) snakes its way across the Turbine Hall. It bleeds through the walls beyond to Tate Modern’s exterior, linking the notion of collaboratively generated collective energy to public outdoor environs.

Evoking outdoor space even within the confines of the Turbine Hall, and acting as an installation that invites interaction in order to breathe life into its self-organisational theme, the playfulness and functionality of the swings structure serve to highlight the mobilising potentialities of positive effort when harnessed to the communal consciousness.

To conjure consolidation with the playground-like swing element, a counter-balance of the work is poeticised in the form of its supersized, mirrored swinging pendulum, suspended high in mid-air. In notion if not in execution, the pendulum has echoes of Escher’s Self-Portrait in Spherical Mirror, its reflective surface containing the entirety of the very world it oscillates above. The movement of the pendulum invites the viewer to surrender to its hypnotic effect and lie beneath it on a carpet woven with the colours of British banknotes to reflect – as they see themselves reflected by the mirror-like structure in turn – on the unceasing, multitudinous forces of gravity, economy, perpetuity and scale. 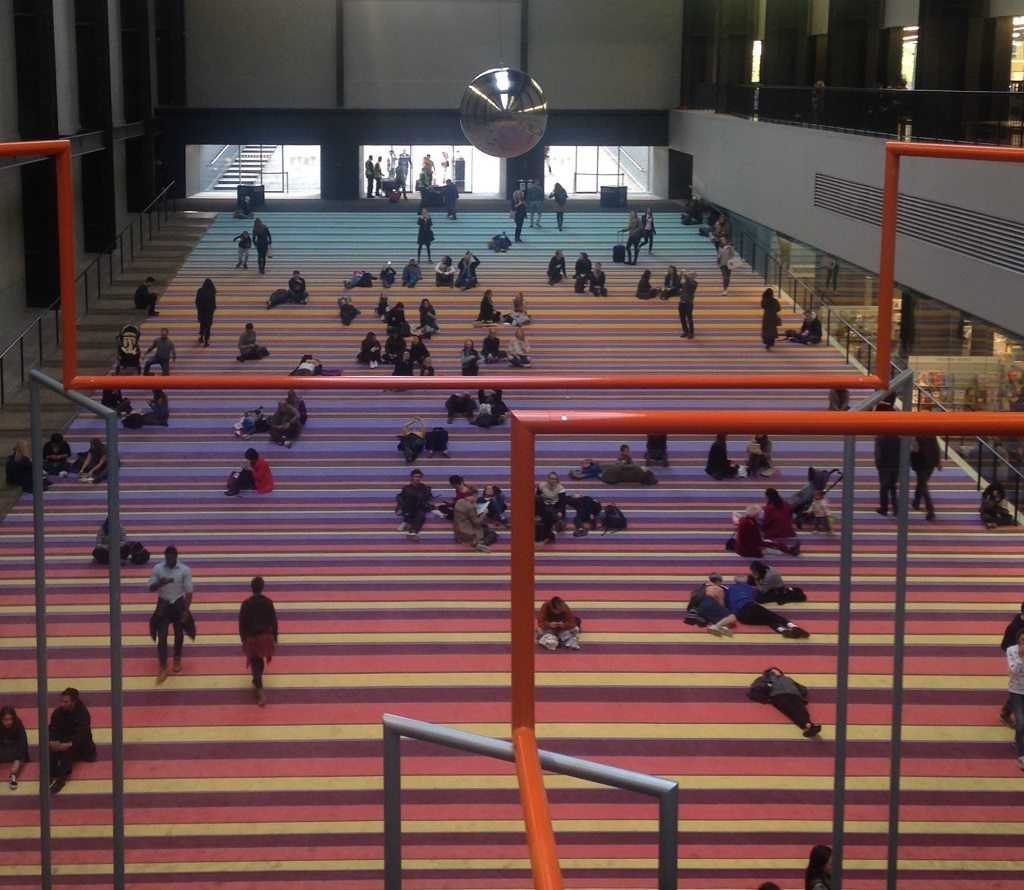 Offset by the shifting hues of the carpet, the pendulum area of One Two Three Swing! creates a surrealistic visual verging on the dreamlike, its ambience suffused with contemplation.

One Two Three Swing! draws from the rich broth of Superflex’s ongoing narrative – one that interweaves an enhanced visibility of economic structures, the propagation of experimental self-organising societal structures, and the exploration and mobilisation of modes of alternative energy production – creating a site-specific work that thinks outside of the box.

About Crystal Bennett 8 Articles
Crystal Bennett was a ship yard worker in northern Italy, a royal butler in Casablanca and a movie star in the Republic of Georgia before joining the Trebuchet team as art editor. "Truth is stranger than fiction." - Mark Twain