Stretching Your Spacelegs for a Landing on Mars: NASA’s Workout

Brace yourself for irritating ‘Tough Mudder – On Mars’ sponsor-me posts clogging up your social media feeds for the next decade or two.

Walking an obstacle course on Earth is relatively easy. Walking an obstacle course on Earth after being in space for six months is not quite as simple. The longer an astronaut spends in space, the more difficult it is for their brain to readapt to gravity. Astronauts returning to Earth after living aboard the International Space Station for that amount of time have exhibited balance control problems, muscle weakness and cardiovascular deconditioning.

It could take about six months to get to Mars, and when the crew suddenly returns to gravity on the Red Planet, they will have to land their spacecraft safely while possibly experiencing physical performance problems. Researchers are working to solve this problem so crew members can land . . . and then stand.

A study analyzing the balance control disturbances caused by gravity (g) transitions was recently completed by Jacob Bloomberg, a senior research scientist at NASA. Bloomberg and his team evaluated test subjects who have undergone body unloading, or not carrying one’s own weight, after returning from space shuttle missions, space station expeditions or from bed rest studies of up to 70 days.

To test just how much body unloading affects balance and stability, Bloomberg and his team developed the Functional Task Test (FTT), which identifies mission critical tasks that may impact astronauts’ movement and performance immediately after g-transitions. The FTT consists of seven functional and physiological tests.

“These tests are very operation-oriented and are related to different aspects of the mission and activities an astronaut would need to do after landing on the surface of Mars,” Bloomberg said.

With balance control impairment comes hand-eye coordination problems, loss of postural stability or steadiness, and vision and perception issues. Motion sickness is often a problem as well. After landing, these impairments can make it difficult for crew members to begin necessary operations, such as walking from their landing craft to their habitat.

At the conclusion of the bed rest study, subjects were asked to perform the FTT. Researchers found FTT functions that involved postural stability were the most difficult for participants. These results help us understand that astronauts, without countermeasures or balance training, may have difficulty maintaining balance control when landing on Mars, which has 62 percent lower gravity than Earth. 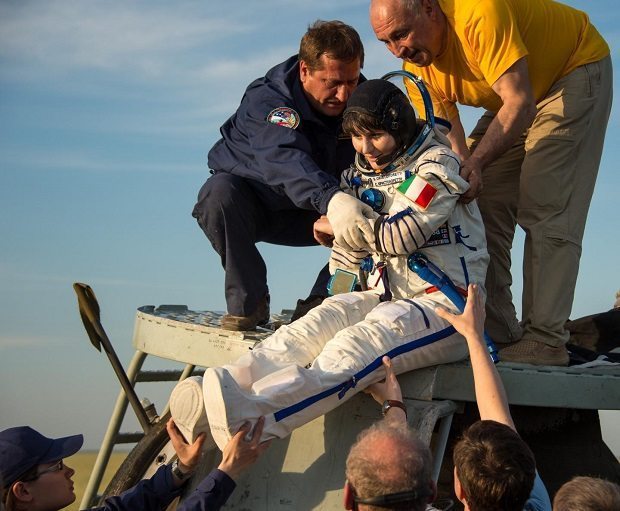 The team is studying a countermeasure approach for balance control problems after landing. The countermeasures are done preflight and during flight, and the goal of this training is to help “train the brain to become more adaptable,” Bloomberg said.

FTT also has benefits on Earth. These tests can benefit the elderly who often have challenges standing or walking after being in bed for a few days, by improving their balance control and stability. Patients on bed rest, people recovering from injury, and people with limited mobility also experience physical changes like those reported by crew members. Understanding how long it takes space travelers to recover from a long-duration stay in microgravity could also benefit patients on Earth with the design of clinical interventions and rehabilitation programs that could target specific systems responsible for a decline in functional performance.

Readapting to gravity after many months of space travel and being weightless is not easy for astronauts. By using the preflight and inflight training tools in development by Bloomberg and his team, crew members on a mission to Mars may transition back to gravity smoothly and land their spacecraft safely on the surface. As NASA unlocks the key to balance training, astronauts will be able to land on Mars, and stand and walk through their obstacle course with greater ease.

Previous Story:
The Carnival of Consumerism and its Tawdry Trinkets

Next Story:
It seems like the industry, including some bands, lack ambition (Mikee Goodman, SikTh)