The still life brings to mind the civil unrest by the anti-extradition law amendment bill proposed by the Hong Kong government. 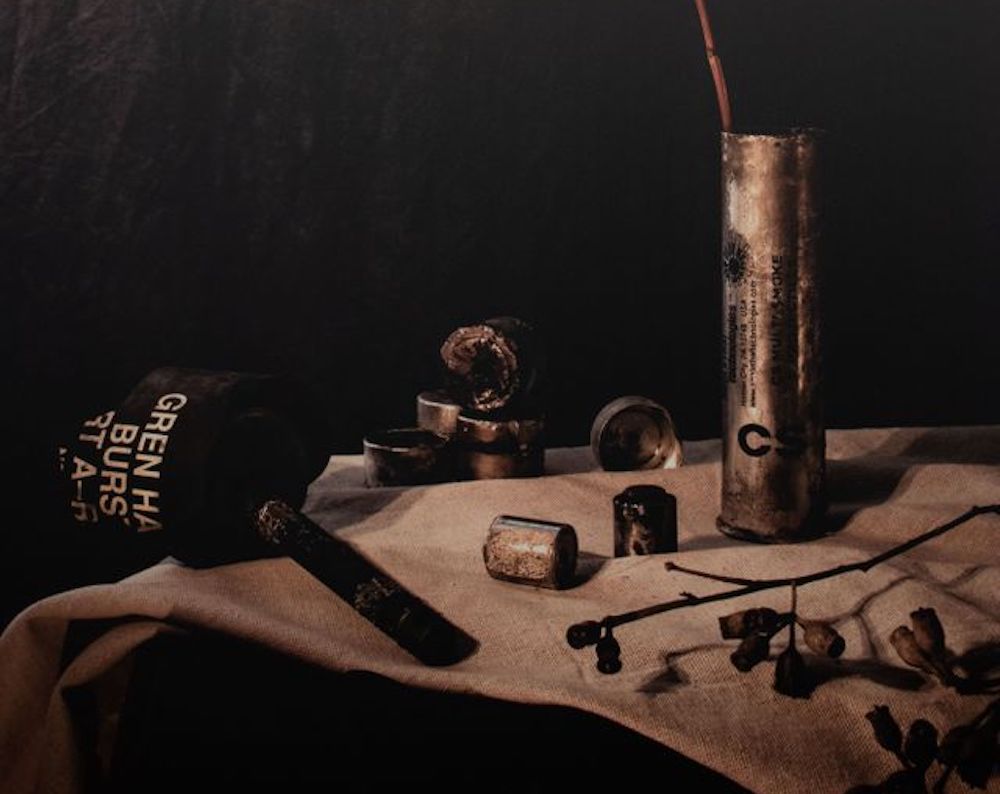 The work depicts a still life of dry leaves placed in a tear gas canister, bringing to mind the protests and civil unrest in the city sparked by the anti-extradition law amendment bill proposed by the Hong Kong government. According to a statement, Kam’s ‘mixed-media work looks at the impact of chemical weapons used during the unrest and questions the state of basic human rights in the city’.

Amnesty International says in an online statement that since March last year, millions of people have demonstrated against the extradition bill that could have resulted in people being sent to China to face trial. It has since been withdrawn ‘but the people of Hong Kong face ongoing threats to their rights to peaceful assembly and freedom of expression, and unlawful use of force by police goes unpunished’.

Goethe-Institut Hong Kong, the cultural association supported by the German government, also supports the prize, backing a separate award for the first time this year called 45 Seconds for Human Rights which was given to Man Chi Loy (aka Armechan) for his work Popo Dragon. The animation ‘reflects the artist’s frustration with Hong Kong children having to suffer during the civil unrest movement’. Armechan will get the chance to spend a week in Berlin once travel restrictions are lifted post lockdown.

The winning works, on display at the Goethe-Institut Hong Kong (12 May-6 June), can be purchased via an online auction which runs until 6 June, with all proceeds going towards Justice Centre Hong Kong.

Previous Story:
If the Lion Could Speak (…)