Because, frankly, a self-propelling healing powder that burrows into the body to stanch wounds only has one outcome – the one that sees schoolgirls being chased through the burning wreckage of MegaTokyo by tentacled blood-demons. End of days.

UBC researchers have created the first self-propelled particles capable of delivering coagulants against the flow of blood to treat severe bleeding, a potentially huge advancement in trauma care.

“Bleeding is the number one killer of young people, and maternal death from postpartum hemorrhage can be as high as one in 50 births in low resource settings so these are extreme problems,” explains Christian Kastrup, an assistant professor in the Department of Biochemistry and Molecular Biology and the Michael Smith Laboratories at the University of British Columbia.

Traditional methods of halting severe bleeding are not very effective when the blood loss originates inside the body like the uterus, sinus or abdomen.

“People have developed hundreds of agents that can clot blood but the issue is that it’s hard to push these therapies against severe blood flow, especially far enough upstream to reach the leaking vessels. Here, for the first time, we’ve come up with an agent that can do that,” Kastrup said. 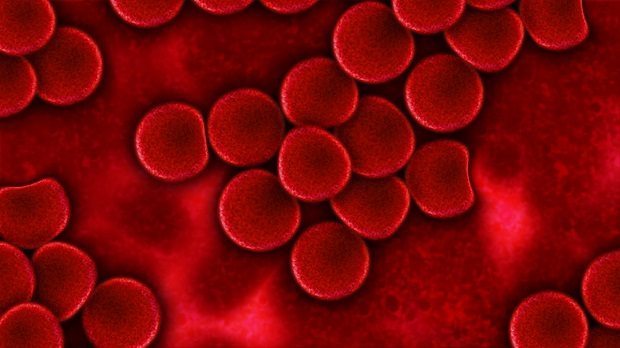 Kastrup teamed up with a group of researchers, biochemical engineers and emergency physicians to develop simple, gas-generating calcium carbonate micro-particles that can be applied in powder form to stop critical bleeding.

The particles work by releasing carbon dioxide gas, like antacid tablets, to propel them toward the source of bleeding.

The carbonate forms porous micro particles that can bind with a clotting agent known as tranexamic acid, and transport it through wounds and deep into the damaged tissue.

After studying and modeling the movement of the particles in vitro, the researchers confirmed their results using two animal models. Even in a scenario that mimicked a catastrophic event like a gunshot wound to a femoral artery, the particles proved highly effective in stopping the bleeding.

While much more rigorous testing and development is needed to bring the agent to market, the particles could have a wide range of uses, from sinus operations to treating combat wounds.

“The area we’re really focusing on is postpartum hemorrhage: in the uterus, after childbirth where you can’t see the damaged vessels but you can put the powder into that area and the particles can propel and find those damaged vessels,” said Kastrup.