Scimitars and Sabres Shimmer in the Underworld (The Sword)

The Sword, live in Camden. This was progressive rock smothered over a doomy base (not bass) rather than the heavy, sludgier sound of yesteryear

[dropcap style=”font-size:100px; color:#992211;”]W[/dropcap]hat could possibly follow the biblical explosion of Hang The Bastard at Camden’s Underworld?

The Sword, that’s who, apparently.

The crowd were certainly all Sworded up and in full swell. Edgy, aroused and buzzing around like the bunch of super-charged check-shirted atomic particles they were, our sweaty photographer retired to the bar for a dry sherry and a foot rub, overcome by HTB’s parting of the waves.

This left me sidestage holding a lukewarm beer, suspiciously out of place amongst some seriously hairy, seriously tattooed road crew/minders/liggers/whoevers. Wondered, I did, if The Sword would balestra onto the stage with a froissement and riposte. I imagined this in my head, and I think that there were many thinking the same thing. 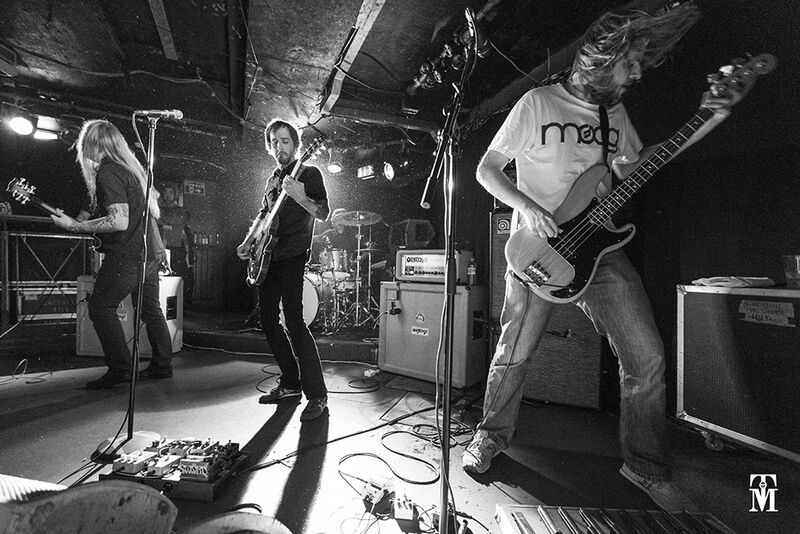 I stood aghast. There was no fancy footwork, no blades flashed, not a single halyard was swung from. The Sword stepped out, the mood switched and the crowd duly shut up to listen to the prog/doom/stoner rock that quite obviously needed no bells or whistles (nor lights, evidently).

A glow of red and a flash of bare PAR Can ‘lit’ the stage in the most suitable, if photographically challenging, manner. The mix of light and dark gave an extra dimension to The Sword’s mesmeric set and a rewarding challenge, I was sure, for the photographers who were squashed stage front and wrestling with their autofocus.

Ah, but tonight was all about the music and The Sword’s much-lauded fifth studio album, High Country. This music, this album, came with a classic rock edge, something the critics had laughed at over a toot in the men’s room, they said it would put off the fans. Those fans had obviously not been put off, as The Underworld had been well and truly sold out by The Sword party faithful.

It cannot be denied that the musicianship on stage was impeccable. ‘Tis true the new material has a mellower feel than the old tracks. With shades of Thin Lizzy, Led Zeppelin and Pink Floyd seeping through, and chords rather than discords, this was progressive rock smothered over a doomy base (not bass) rather than the heavy, sludgier sound of yesteryear.

The thrashing and chugging guitars of their earlier career gave way to stoner-lite with riffs aplenty and more bounce to the ounce (sings ‘Go Go Rock And Roll’ in his mind) than bang to the head. 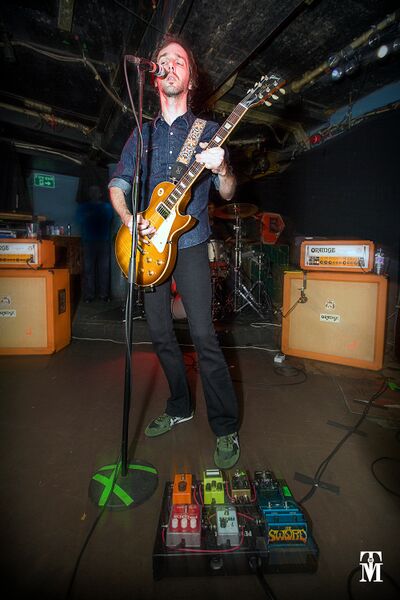 Judging by the range of ages, from the skinny sixth-formers in brand spanking new Black Sabbath t-shirts growing out their short back and sides to the forty-somethings with wizard-like locks, bushy beards and beer-filled potbellies straining the buttons on their plaid shirts, it seemed that The Sword had pulled off that rare feat of attracting the new blood without alienating the old timers.

To that I raise my Port and lemon.

Next Story:
The Damage Television Does to Your Kids: Proven!