It’s a cliché but this one really is strictly for the hardcore and it’s all the better for that.

Anyone who has witnessed one of the live performances by French industrial/techno provocateur Schultz will know that he’s an artist who’s not afraid to get his hands dirty (as it were).

He’s notorious for his bloody live actions with the performance Vdrey and his sounds allude to the kinds of sickness usually explored via Power Electronics (a previous album was entitled Psykiatrik Area). Schultz’s weapon of choice is hardline industrial techno and his work is all the better for it: there’s such a glut of Power Electronics dealing with extreme/depraved themes that even many of the listeners are sated or jaded.

Here you get implied extreme content re-animated by a much more dynamic soundtrack than can be provided by yet another middle-aged misanthrope yelling abuse or reciting stale fantasies over some cheap feedback effects heard a thousand times before.

What Schultz offers is a blistering, un-relenting, but exhilarating onslaught. Since most of the tracks bleed (pun intended) into their successors it’s not ideal for mixing but very powerful. The opener ‘I Do Not Trust You’ offers a pulsating bassline, harsh minor piano chords, searing noise blasts, a rasping female vocal and a definite sense that something’s about to happen. ‘Elliptik’ continues on seamlessly but much harder beats soon kick in. There’s more than a trace of the French hardcore techno (Frenchtek) sound here, made especially interesting by the piano chords that return on the fade out.

With the polite formalities out of the way it’s time for ‘Black Sunday’ a much faster and more demented blend of dirty acid and hammering percussion. ‘Fucking Die’ deploys what sounds like an Al Pacino sample. This track is slower but the beats are even heavier and more concussive. The improbably-titled ‘Breakfast’ sees things accelerating again and the only breakfast this brings to mind is dawn at an epic squat party in a ruined warehouse. Scything waves of filtered acid and a crippled kick drum, create an ever more frantic atmosphere – by this point any surviving casual listeners will have departed leaving only the hardcore survivors standing.

A brief blare of euphoric rave chords announce the advent of the 9 minute-plus title track which almost instantly shifts into hammering, brutalist percussion that builds and builds with only short interludes of distorted chords as (relative) light relief from the frenzy. From about 5.30 onwards an epic, anthemic drone creeps in under the beats, intensifying the atmosphere and introducing some welcome variation (not that the track wouldn’t still be very powerful without it).

‘Revolution’ is a further escalation of the same theme with even more intense percussion and harsh blasts of regimented gabber-style handclaps. This one was battle-tested on the dancefloor live in London recently and the effect is euphoric. It’s a really superb track that cuts out perhaps too suddenly, a smoother or more subtle fade or a dead stop might have worked better here.

‘Backroom’ is a radical break. Initially much slower it’s still a strong blast of choppy, militant beats and Pan Sonic-like textures, although it seems to be much quieter than preceding tracks and this dilutes its impact. This is an end of the night track – still hard but much less fiery, it’s rages against the approaching silence but the way it fades out is an also an admission that the end is nigh. 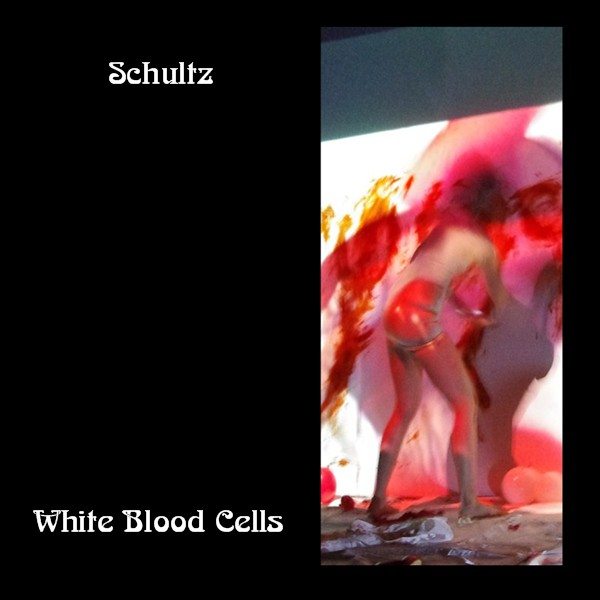 After the end of the album proper, which probably should have ended on a peak with ‘Revolution’, comes the 5MBF mix. It’s quite a radical transformation of ‘Revolution’. Harsh drones and fragments are fed through heavily-processed filters occasionally strafed by machine-gun like sounds and a crudely vocoded voice. Compared to what came before it seems like a bit of an after-thought except for the harsh noise at the end and the abrupt ending that leaves a traumatised, tinnitus-laden silence in its wake.

It’s a cliché but this one really is strictly for the hardcore and it’s all the better for that. “Come and have a go if you think you’re hard enough”. 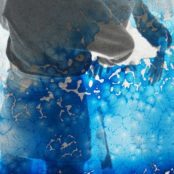