Robots Versus Pirates: Scanning for contraband with MMSS

Robocopters and multi-mode sensor seeking technology goes into trial this summer with the US Navy. The technology makes it simpler for US Navy personnel to identify pirate vessels. Alternatively, they could always just look for the ones flying Jolly Rogers.

"Sailors who control robotic systems can become overloaded with data, often sifting through hours of streaming video searching for a single ship," said Ken Heeke, program officer in ONR's Naval Air Warfare and Weapons Department. "The automatic target recognition software gives Fire Scout the ability to distinguish target boats in congested coastal waters using LADAR, and it sends that information to human operators, who can then analyze those vessels in a 3-D picture."

Called the Multi-Mode Sensor Seeker (MMSS), the sensor is a mix of high-definition cameras, mid-wave infrared sensors and laser-radar (LADAR) technology. It will be placed on a robotic helicopter called Fire Scout. Carrying advanced automatic target recognition software, the sensor prototype will allow Fire Scout to autonomously identify small boats on the water, reducing the workload of Sailors operating it from control stations aboard Navy ships.

Navy-developed target recognition algorithms aboard Fire Scout will exploit the 3-D data collected by the LADAR, utilizing a long-range, high-res, eye-safe laser. The software compares the 3-D imagery to vessel templates or schematics stored in the system's memory. 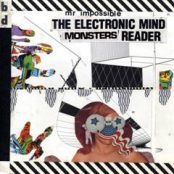