‘Quantum magic’ without any ‘spooky action at a distance’

The quantum mechanical entanglement is at the heart of the famous quantum teleportation experiment and was referred to by Albert Einstein as "spooky action at a distance".

A team of researchers led by Anton Zeilinger at the University of Vienna and the Institute for Quantum Optics and Quantum Information of the Austrian Academy of Sciences used a system which does not allow for entanglement, and still found results which cannot be interpreted classically. Their findings were published in the latest issue of the renowned scientific journal Nature.

Asher Peres, a pioneer of quantum information theory once remarked jokingly in a letter to a colleague (Dagmar Bruß): Entanglement is a trick 'quantum magicians' use to produce phenomena that cannot be imitated by 'classical magicians'. When two particles are entangled, measurements performed on one of them immediately affect the other, no matter how far apart the particles are. What if, in an experiment, one considers a system that does not allow for entanglement? Will the quantum magicians still have an advantage over the classical magicians?

This is the question the team of quantum physicists led by Anton Zeilinger from the Faculty of Physics at the University of Vienna and from the IQOQI of the Austrian Academy of Sciences addressed in their experiment. The physicists used a "qutrit" – a quantum system consisting of a single photon that can assume three distinguishable states. "We were able to demonstrate experimentally that quantum mechanical measurements cannot be interpreted in a classical way even when no entanglement is involved," Radek Lapkiewicz explains. The findings relate to the theoretical predictions by John Stewart Bell, Simon B. Kochen, and Ernst Specker.

Quantum physics is in stark contrast with what we perceive and experience in our everyday lives and what we understand as "classical physics". Let us, for example, examine a globe: from a given point of view we can only see one respective hemisphere at any given time. When spinning the globe once around its axis we are able to construct a meaningful and "true" picture of our planet assuming that the shape of the continents stays the same, even when we cannot see them.

Therefore, by means of our experience and the assumptions made in classical physics, we can assign certain properties to a system without actually observing it. This is no longer the case if one pictures a "quantum globe". Contrary to a globe where –due to the assumptions of classical properties– the various pieces fit together as they do in a puzzle, the pictures of the quantum globe do not fit together. Yet the pattern is not random: it is possible to predict by how much the individual parts will differ from each other after an observation. 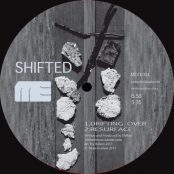