Treading the line between the desire to create recognisable forms with a more strictly modernist painting approach, Phillip Allen has a wonderfully impure painterly style.

[dropcap style=”font-size:100px;color:#992211;”]P[/dropcap]hillip Allen Born 1967 in London is a British painter who works in oils often on board using a combination of thick impasto and textural forms; sometimes juxtaposed with curving organic shapes in repeating motifs. Allen has worked as professional artist and educator at Turps Studio Painting Programme, the Royal College of Art on MA painting, and at University of Arts London. 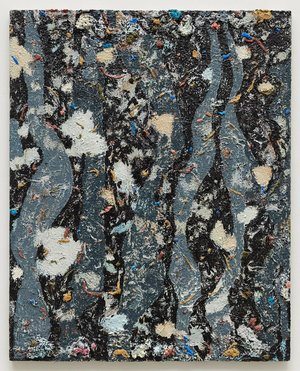 “London-based artist Phillip Allen could name every colour and his work energetically celebrates colour, texture, structure. Standing before a blank board, everything is possible: “Starting off paintings is really easy, the consequences of going wrong are virtually zero. The first phase is very open, the anxiety comes much later. Finishing is the nail-biting bit,” Niall MacMonagle, What Lies Beneath, The Independent, 2018.

It was once said of John Hoyland (Britain’s great Abstract Impressionist) that, if he didn’t exist it would have been necessary to invent him, since America so dominated the then avant-garde form of painting; in this sense its interesting to see where abstract painting in Britain is and Allen is working at the peek of his game. 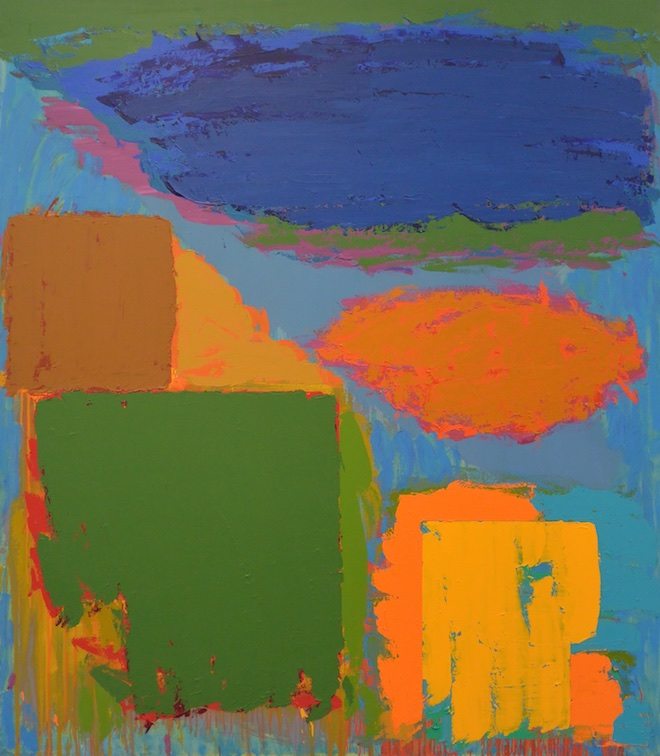 Hoyland shared Allen’s enthusiastic starts to painting sweeping planes of colour across the blank canvas becoming more and more discerning and curt towards the close of his images editing out shapes and colour that seemed to be the focus up till that point where they were obliterated. Allen of  course is using far more texture and earlier examples of his work included forms verging on surrealism, still abstract but far to conscious a construct for the pure modernism of Hoyland or his American peers,

“For Allen “this co-existence is at the hub of the painting; I’m trying to work out and manage this dynamic between things, gaps and divisions. This is where the real work is, adjusting forms, colours, relationships, surface,”. Niall MacMonagle, IBID

These layers and forms are what make Allen interesting, they do as aforementioned muddy the pure almost monastic approach of artists like Hoyland (BBC IPlayer has a insightful interview which includes Hoyland working in his studio) But they mark Allen out as an artist in his right doing something in the vain of traditional abstract painting but effecting it with and mixing it with other approaches to painting, approaches which are less bodily and more cerebral a tension I will explain in more detail later. 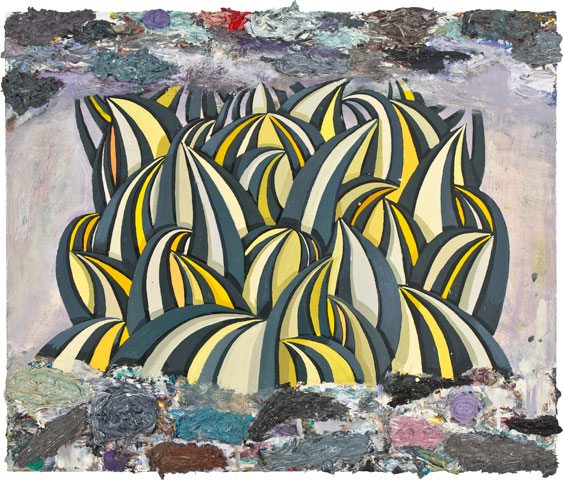 This is best exemplified in some of the earlier work that first brought me to Allen,

“Allen’s signature move is to bracket his paintings top and bottom with thickly daubed impasto, bordering their receding pictorial spaces with robust stripes of emphatically physical oil paint. In the gallery, it was immediately apparent how in these new paintings Allen subjects this device to different sets of mutations,” Lee Triming, artinamericamagazine.com 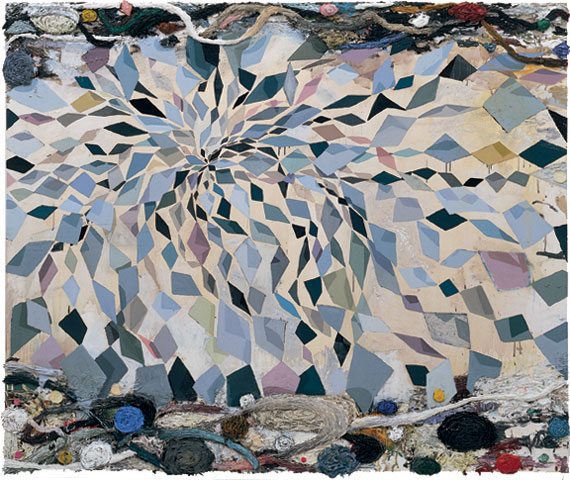 This approach evokes symbolic associations and this period of his work put me in mind of landscapes seen from above; the painterly tension between layered paint and flat trompe-l’oeil form is jarring in an effective and purposeful way,

“Phillip Allen is known for combining landscape with Art Deco–inspired abstraction in his paintings. Whirling pinwheels, loopy arcs, blobs of paint, and Pop polka dots constitute a whimsical vocabulary that he repeats and reinterprets. For his third exhibition at this gallery, these motifs are streamlined into oil paintings on board, in which a central abstract form is rendered matte and flat and placed between robust impasto borders, as well as into a series of small paintings wherein blobs of built-up paint are placed around a found or incorporated image,” Courtney J. Martin, Art Forum, 2008. 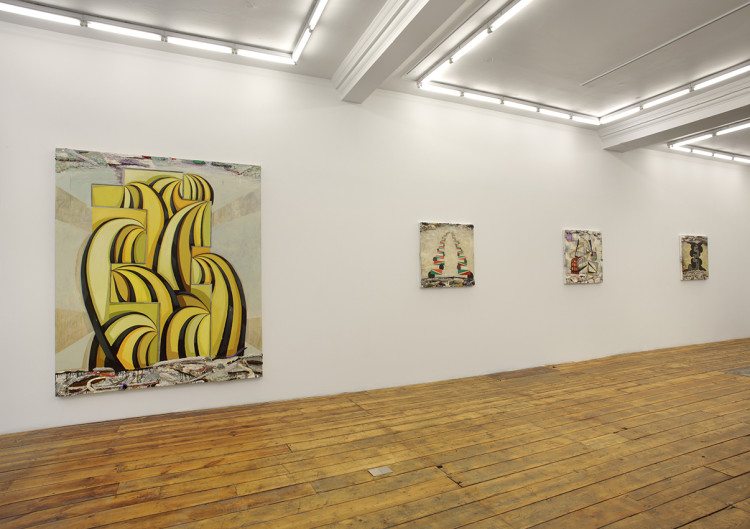 It’s not fashionable to categorise artists and they often resist total assimilation to movements or generalised terms; these terms though allow us to make sense of their work and in trying to place the practice in some context they are essential. On seeing Allen’s work and reviewing some previous paintings of his online I was reminded of the tension between form and total abstraction in the early work of Mark Rothko.

Rothko’s paintings (those he’s known for) abandoned figuration completely and in terms of form some claim that his colour planes recall doorways and the light emanating or not, from in front or behind those openings; that’s as much form as Rothko is concerned with in his later career opting for flooding the eyes with planes of colour instead. 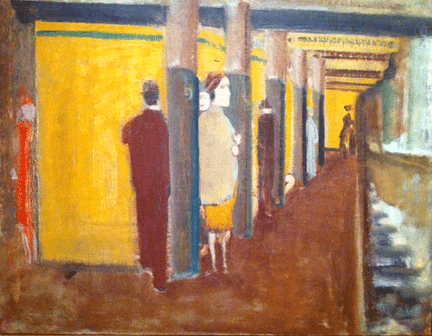 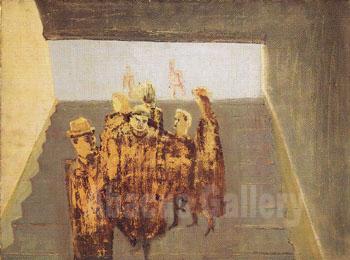 A similar tension was at work in Jackson Pollock another Abstract Expressionist, although he moved between these emphasises he is also famous for his more purely abstract works again which play on the senses very directly; If Rothko is flooding the eyes with colour and contrast thereof then the effect of Pollok is to enmesh the eyes in his layers of gestural marks as the eye darts about and probes for meaning they become more and more entangled, very different from a mere surface glance and recognition. 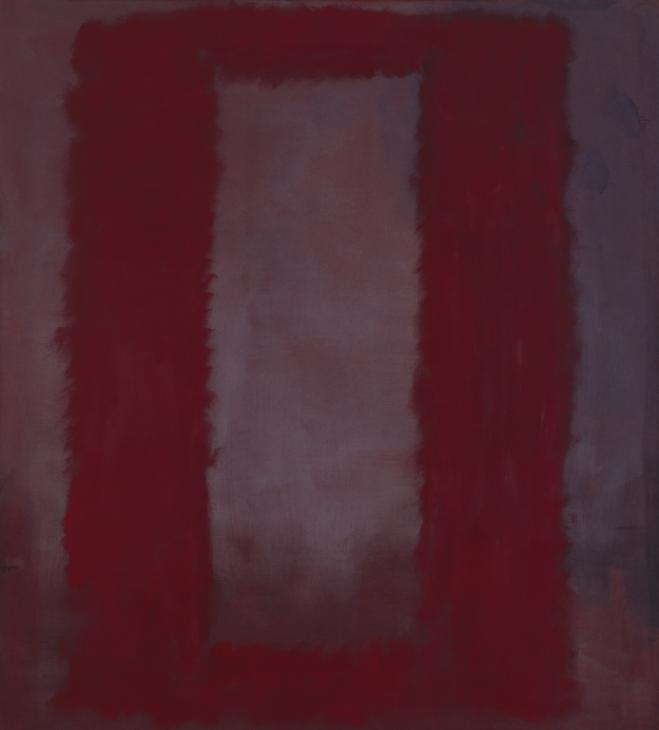 The wager of both painters is that an emotional and or physical response will affect the senses immediately before the mind begins either plebeian (what’s that anyway…) or intellectual (Rothko is clearly evoking powerful archetypes…) musing. Both attitudes the uninitiated laymen/cynic or the cerebral pseud miss the point, their interpretation has come to soon killing the live experience or rather setting it in amber where it can no longer act on their senses.

“As an inheritor to this high stakes style of painting

Allen seems to be able to successfully tread the

line between the desire to create recognisable

forms with a more pure modernist

The physical response which is so emphasised in the work its-self where the body (of the artist) is so evident in the art is working for an equally physical reaction and investment from its viewer. How many viewings this is possible for is perhaps limited although in the case of music we are often equally moved each time we listen to melodies or tunes we love. 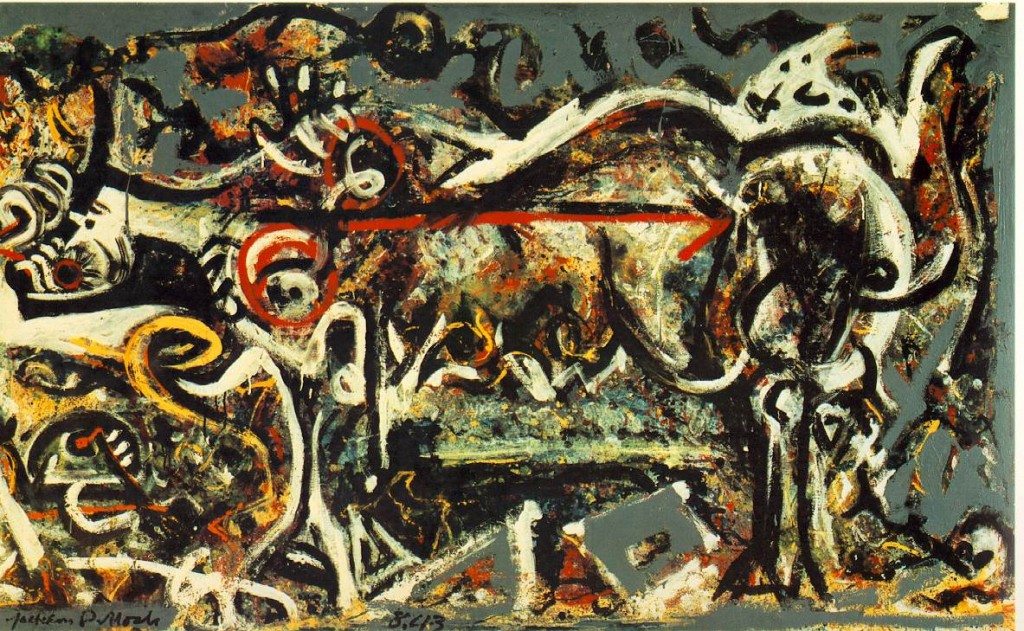 This physicality is particularly clear in the case of Pollock (Rothko too exerted himself personally in the creation of his works but his planes of colour and depth seem to effect the viewers perception rather then immediately recalling his own body in the process) Pollock who had studied the sand paintings of Navajo tribes and adopted the technique of working on the ground flicking an dripping his signature marks installed very recognisably his direct activity on the canvas. 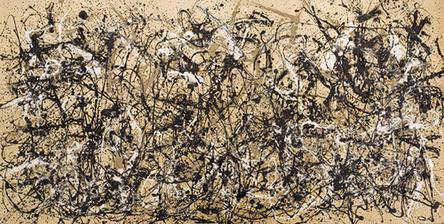 It’s often said that there is a performative element in Pollok’s work and this is enshrined by the famous footage of him working. Although he personally found the experience deeply depressing in its contrivance and regretted the decision to himself become a spectacle or specimen of creativity; Here the voyeuristic nature of watching Pollock, his behaviour and eccentricity got in the way of the otherwise immediate hit of the painting and he knew he had to a certain extent undermined in a small way his own efforts. 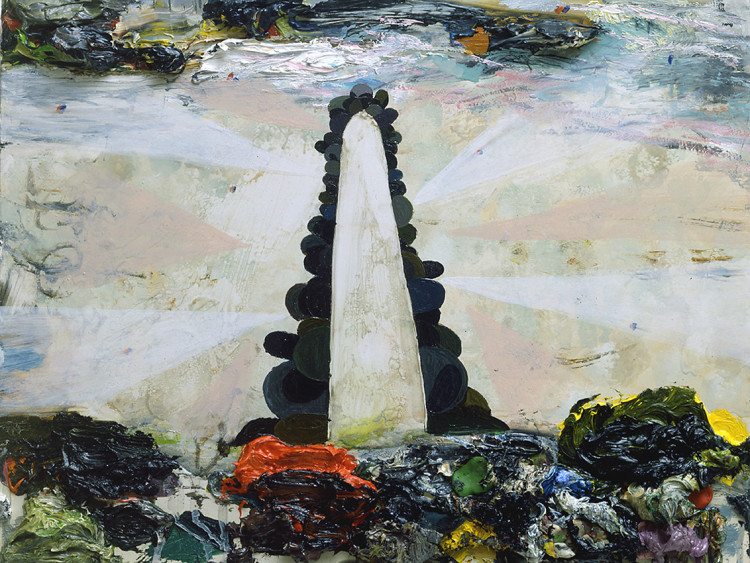 As an inheritor to this high stakes style of painting Allen seems to be able to successfully tread the line between the desire to create recognisable forms (abandoned by Rothko and Pollock) with a more pure modernist painting approach (painting about painting) the tension between these often separate pathways are a worthy career path and seeing how Allen will develop his practice is an exciting prospect moving forward.

Next Story:
Are The Working Class Kept Away From The Arts?