We either acquiesce to the piecemeal destruction of our public services, or we remove all support for those who seek to destroy them. 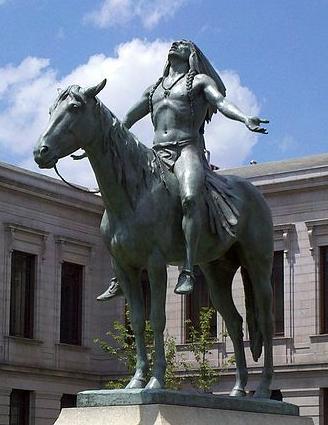 [dropcap style=”font-size:100px; color:#992211;”]O[/dropcap]ne of the most dastardly tricks the European settlers played on the Native Americans in the establishment of the modern US, was the ‘Permanent Indian Frontier’.

East for the promise that the United States would “forever secure and guarantee” new land in the West.  Instead, the settlers reneged on their promise and stole the whole country.

The rule of ‘free at the point of use’ is the Permanent Indian Frontier of the NHS – we cling to it as proof we still have our NHS, but the neoliberal settlers of the present day will seize that too.

As the 1830s began, nearly 125,000 Native Americans lived on millions of acres of land in Georgia, Tennessee, Alabama, North Carolina and Florida – land their ancestors had occupied and cultivated for generations. Working on behalf of white settlers who wanted to grow cotton on the occupied land, the federal government forced them to leave their homelands and walk thousands of miles to a specially designated “Indian territory” across the Mississippi River.
So tells the National Park Service:

On May 28, 1830, Jackson signed the Indian Removal Act. It authorized him to give land west of the Mississippi to Indian tribes in exchange for their holdings in the East. The United States would “forever secure and guarantee” this land to them and their “heirs or successors,” provide compensation for the improvements upon their Eastern lands, and provide assistance in their emigration to the West. President Jackson signed into law nearly 70 removal treaties. As a result, 46,000 Indians moved west and as many more were under treaty to do so.

Long before the death marches of the withering Nazi holocaust, there was the ‘Trail of Tears‘.  The Choctaw, the Creek, the Chickasaw and the Cherokee were marched more than a thousand miles, at gun point, from their homes over to the West.

[quote]we either acquiesce to the piecemeal

destruction of our public services,

or we remove all support for those

who seek to destroy them[/quote]

Whooping cough, typhus, dysentery, cholera and starvation were epidemic along the way, and many thousands died. All so some white folks could grow cotton.

Did this at least create a permanent, secure home for the indigenous peoples of the land? No. The protection was rarely upheld, and then Gold was found in California in 1848.  The Gold Rush, westward expansion of the white settlers, the idea of ‘Manifest Destiny’ and the transcontinental railroad put pay to the whole thing.  The settlers moved West en masse and the ‘Permanent Indian Frontier’ was history.

The Native Americans had experienced a horrific holocaust, and were left with nothing.

It was pretty clear that Western settlers were opposed to the very existence of Native American culture within the continental United States.  They wanted to own the place.  Every deal, every compromise, every capitulation merely got the settlers one step closer to their end game.  So it is with Neoliberals, of every political hue, and the National Health Service (NHS).

Health is the Goldmine of 21st Century Britain

In short, the nation’s sick are a potential gold mine to the private medical industry.  For all our complaints of waiting lists, uncaring nurses, ambivalent doctors and horrible food – Britain loves it’s National Health Service.  In the last 25 years, it has saved more lives per pound spent than any other health service in the world except Ireland.

Given its success, no government has ever been able to even whisper the idea of privatising health care.  We sold the gas, the coal, the water, the phone service, the postal service, and the railways.  But there has never been anywhere near substantial support for selling the NHS and moving to a system of privately run healthcare. 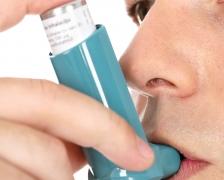 With a population stubbornly attached to their publicly funded institution, what were successive neo-liberal governments and private healthcare providers to do?  Privatise by stealth.
The Gold Rush

The latest major reorganisation of the NHS, under the Health and Social Care Act, will suck another £4bn out of the health service.  This comes on the back of £780m blown by New Labour on 70 reorganisations in just four years between 2005 and 2009.

Anyone experienced in change management can tell you that this level of change, which does not allow for new systems and processes to bed in or for their benefits to be measured, is simply madness.

Each of these reorganisations has been centred not on the patient, but on vague concepts of ‘choice’ and ‘competition’.  These are bywords for privatisation – the attempt to force open a closed market to the rabid private sector we already shunned in favour of our public service.

There is a growing trend across the country for NHS Trusts to become mere managers overseeing almost entirely privatised healthcare.  To give just two examples:

Southampton Primary Care Trust has outsourced a third of its elective procedures to private providers.

Serco was recently awarded a £140m contract to deliver all of Suffolk’s community health services.  Both areas have seen serious performance issues and large reductions of staff.

A report by corporate finance consultancy Catalyst, published in September, estimated that newly privatised healthcare services will be worth up to £20 billion over the next few years.

Private companies Circle, Virgin Care and Serco have won contracts worth £700m to provide NHS services just this year.  NHS outsourcing to private providers rose by 10% in a single year last year, and is set to increase to 40% of all services by 2020. 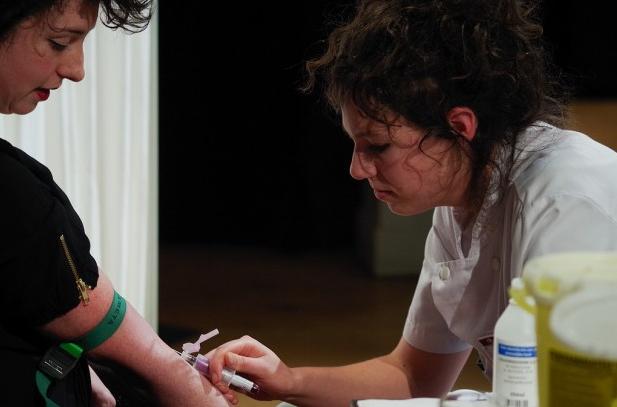 The S75 Regulations of the governments Health and Social Care Act will deliver the NHS into the hands of these private companies. The new ‘Competition Regulations’ force the NHS to put all but a tiny minority of services out for competitive tender.  The majority of services currently run by the NHS will shortly and swiftly be turned over to profit making private healthcare providers. This is privatisation by the back door.

At the same time, 22 of the 103 NHS trusts to enter PFI are facing financial difficulty due to the exorbitant PFI repayments.  Some hospitals are having to handover a fifth of their annual budget on paying for the PFI deal.

Big Banks are now setting up shell companies in offshore tax havens, which they use to buy up these struggling hospitals for a pittance.  HSBC, recently found guilty of building an entire subsidiary bank to launder money for Mexican drug cartels, now owns three NHS hospitals outright in Barnet, West Middlesex and Middlesex.  The shell company set up to buy the banks is registered in Guernsey, so no tax will ever reach the UK treasury.

New Labour laid the groundwork and the Coalition have expedited the break up, sell off and end of our National Health Service.  We are left with just the brand and the funding mechanism.  Given the clearly doomed fate of these services to prove financially viable, it will not be long before the case is made that we can no longer afford a public health service, and we will lose the last surviving principle of the NHS – free at the point of use.

Kiss Goodbye to ‘Free at the Point of Use’

By weighing Health budgets down with PFI, privatisations, un-necessary layers of management and administration and costly re-organisations – neoliberals are attempting to convince the nation that the we can no longer afford our publicly funded NHS.  It is being rebranded as another ‘something for nothing’ luxury that we must sacrifice at the altar of austerity.

Indeed, we now have moves to charge up to £25 for a visit to your GP, and the implementation of a monthly NHS Membership charge.The final red line – free at the point of use – is being pushed.

In reality, like Housing, Transport, Energy and most recently the Royal Mail, they are simply selling off the family silver to make a fast buck for their peers. If they can’t overcome domestic opposition fast enough, the Transatlantic Trade and Investment Partnership will complete within the next 18 months.  Under this secretive trade agreement, the NHS may be considered illegal under International Law as a public monopoly.

Later, they will develop private monopolies in Health (just as in these other areas) and the public will find themselves facing the kind of health crisis of the US. This is the reality for those in the US:

Is this what we want here? Really?  I don’t think so, and polls support that opinion.

Nevertheless, in spite of all rhetoric, the Conservatives, Labour and the Liberal Democrats have actively contributed to the demise of the NHS as a public service.  If you consider UKIP a viable alternative, bad news: UKIP seek to privatise the NHS too.

The only political party with a sitting MP that has a clear argument against the neoliberal assault on the NHS is the Green Party.  The National Health Action Party stood at the European elections on May 22nd and will do so again in 2015, with the defence of our NHS as their raison d’être.  This is why a radical change in how we govern ourselves is now inevitable if we wish to retain our public services – not a single mainstream political party stands for them any more.

So we either acquiesce to the piecemeal destruction of our public services, or we remove all support for those who seek to destroy them.  There is no compromise with an opponent who is ideologically opposed to the very existence of that which defines you.