Voices from another dimension, or glitches in the wiring? Into the Esoterics of Music

[dropcap style=”font-size:100px; color:#992211;”]H[/dropcap]e took the drum stand and placed it exactly seven inches away from the outer rim of the mandala they’d drawn approximately a week prior.

I think he made sure it was facing East. It’s hard to recall that specific detail.

In fact, I’m pretty sure we forgot the exact placement on purpose just in case the experiment produced another dud, or worse, necessitated
1. immediate shutdown of all electricity supplied to the space
2. quickly followed by running up the attic stairs as fast as our legs would allow
3. pouring Myrrh Oil all over the ouija board we kept behind a mirror
4. burying a brass fork exactly three spade-fulls of dirt down near the half-dead oak tree out back. 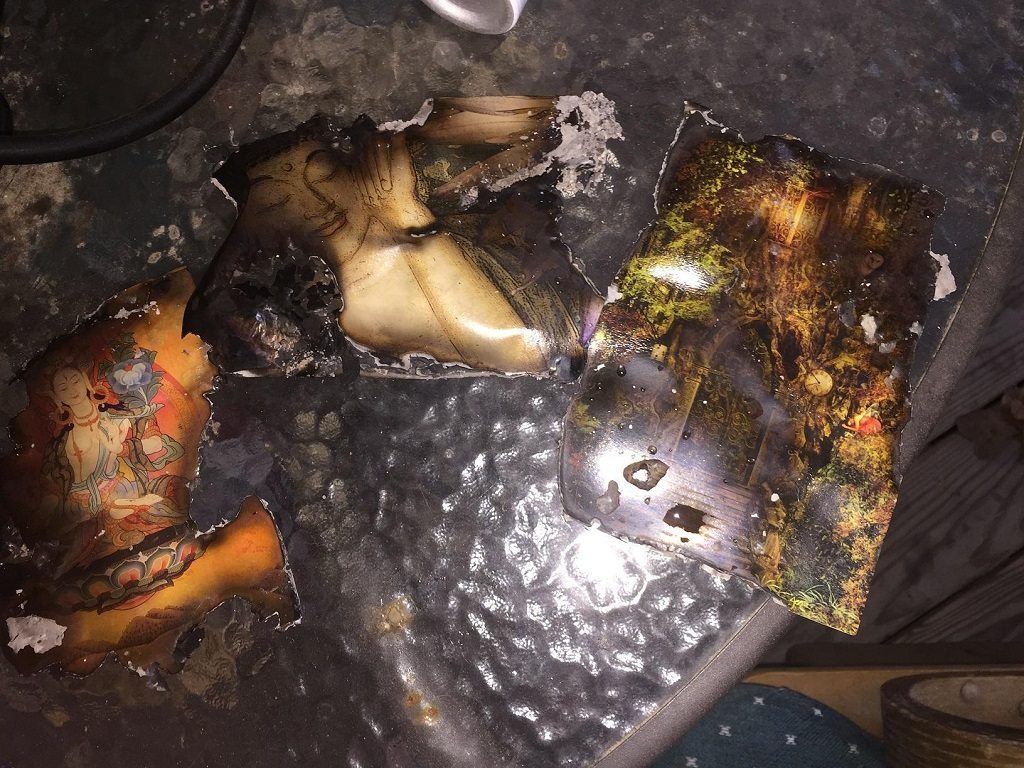 I turned my attention to the bass enclosure and general area dedicated to my space for the show. So far, so good. The 3′ x 5.25′ rug was placed similar to a trapezoid about four feet in front of the speaker. The cords were still in good working order (at least visually).

Now, for the sound. The ambience. The reverberation of the vibrations through the cabinet and on and into the drum encasements.

The pedal I was most concerned with needed to be (and this I remember clearly) exactly 1/5th of a degree to the right of the eighth notch on the dial.

That was the singular, solitary position that arranged the notes to a repetition atop each other, coming in just a hair after the initial pluck then lasting the amount of 4th dimensional space required until after each emanation of a tone had faded or was silenced. Plus, it created a nice sliding effect as well.

I struck the 1st string;
He struck the 6th barrel;
They struck the 3rd moment of clarity,
That final state of mind before the beginning….

It was time to commence the ceremony.

We both looked over at Eddie to see if he’d lit the two candles required for this to have any chance of success. He had. We looked at each other and simultaneously nodded.

The 1st note began ringing
Falling into perfect time upon command of my musculature
being ordered by intention –
these echoing notes
the 1st on top of the 2nd
met by the 3rd
divided by the 4th
completed by the 5th
expanded upon by the 6th
a space between them then onwards
coming from the bass
electrical charges winding around inside the cord connecting to
the pedals;

the 10th juxtaposing the 11th as
the 12th encountered the 13th;
finally ending somewhere between the 14th & 15th or after the 16th.
While the next note(s) began a new
re-enacting of the cycle.
All of it going on into
the amplifier
then down, down, down;
winding around wires thereby vibrating its conical speakers
producing a wave of sound charged with occult and gnostical pulses
travelling towards the various apparati

the 2nd half of the formula:
The drums he was or is even now striking, the cymbals ringing, the beat producing;
the trance to the rhythmic waves meeting.
Next – the unknown theorem
then everything imploding before expanding
outwards.
In the background? Light.
Gravity waves occurring;
electrons orbiting nucleatic centres of density.
All of these mixed together producing order + entropy
an alchemical combination of
electro-technological-scripting-enacting-reverberating-issuing-producing & most importantly
hidden yet evident

In a word, ‘music’.
Some of it heard; some felt.
Some unheard. Some of it noticed; some unnoticed.
Some seen.
Some sensed.
All of it evoking the response of a chorus within
the matter, minds, souls, spirits, thoughts, emotions, feelings, intuitions &
bodies of the various members.

There were five of us in the room when the ‘song’ commenced. A sixth person came through the doorway just after both I and the drummer had met inside the music.

Imagine this:
We were feeding the resounding of our tools outwards, meeting each other in the center – standing there exchanging things with light and shapes and objects and forms and shifting slightly yet perceptually there without our instruments as we both were still positioned outside of that centre while remaining at our assigned positions, playing our instruments.

As to what we were producing, a third of the sound waves would bounce towards then contact the walls, which returned them in a muted form inwards toward the hexagonal center we were steadily, meticulously establishing. Another third would absorb into us, pay attention, where it would cue, fuel, prompt, energize and promote the next segment. The final third escaped from their housing and went out to our guests, ‘the listeners’. They, yelling from excitement, contributed yet another layer that merged with the underside of this apparatus.

We just kept meeting at the precise center of our edifice constructed by the playing of our chosen instruments. Then we’d move on to the next part. Part by part. By part. By part. 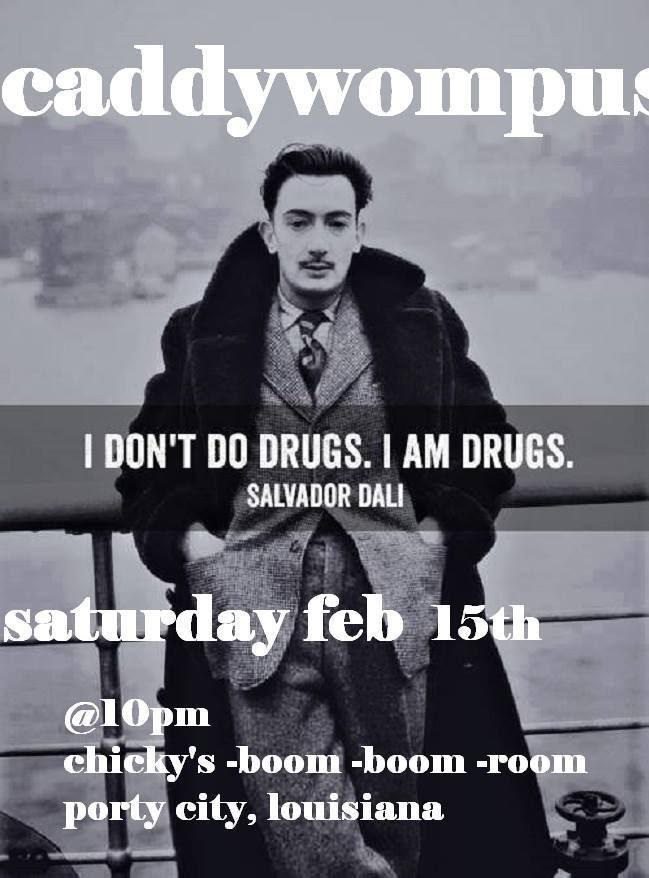 Finally, after what seemed like an hour of these crescendos and interludes and staccatos and legatos and exchanges, it happened.

We were never certain if or when they would.
They would emerge from a note or a hit of the drums or a combination of sounds.
You could never be certain where they were or exactly what they were saying but
Now they had arrived.
They were singing it seemed.
A few sounded almost like shouts.
Some were speaking
But those were some extreme layer or distance towards the back of the dimension from whence they were beginning and took the last seat amongst the accompaniment.

I could see the sounds. Kaleidoscopic rotatings with a singular beam of pure light cutting through the middle. When we dropped the tone, intensity, tempo: circular, spherical rotations were floating along the floor. They were green and changing degrees of intensity. Green on to lighter green on to even lighter then approaching white, afterwards turning darker with a hue of baby blue then on to darker green turning violet towards a deep purple, darker still to a smooth grey before finally returning to that opulent green and recommencing the cycle.

When we arrived at the 3rd movement:
sine waves I could perceive half of ebbed and fell along a jagged border 1/18th of a metre above the floor.
Below the drums was a cloud containing
various flashings
and colors and lights
rolling into itself and misting outwards.
A haze was at the periphery.
It floated there.
It stayed there.

After two hours it was over. The show was done. The recording was complete.

Our friends were nicely drunk. The drummer and I were high in a way you can only get to through music. This particular kind of high had the added requirement of being the ones producing, playing, making, causing and originating. In a word, ‘creating’.

Nothing had escaped from the cage we constructed. Whatever those things were that usually arrived to sing, scream or speak along had gone back to wherever they came from.

We didn’t have to douse a ouija board or bury a fork. Neither did we have to spend four weeks fighting our perceptions of reality, nor deal with various strange apparitions appearing on TVs that weren’t turned on in order to arrive back where we had started before the musical experiment/play/production/weird-science ‘endeavour’ took place.

Those voices that arrived during the musical experimentation sessions you ask? Well, if you listen very closely you can hear them in the recordings that survived from that night. See, that’s the real kicker.

Sometimes, whatever those ‘things’ were or are actually liked to register themselves into the mixer board and make it into the reproductions of the sessions.

Here, have a listen. See if you can hear them too….