Nothing About Us, Without Us: Active Bodies at the ICA

A review of Decriminalised Futures at the Institute of Contemporary Art (ICA), an exhibition showing sex work as artwork. 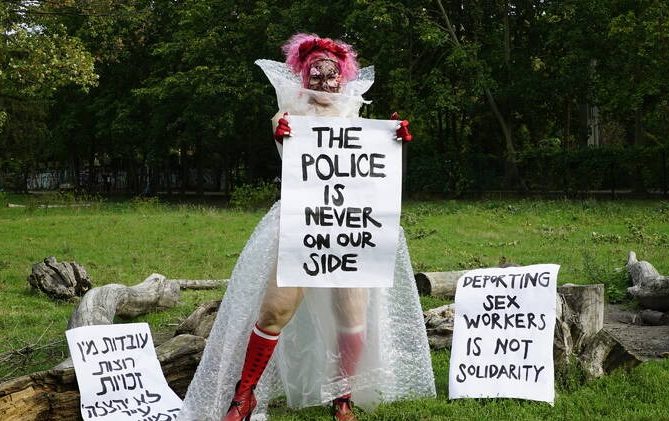 ew subjects elicit such strong responses as sex work. The words associated with it are some of the most derisory in our vernacular – prostitute, stripper, whore – and those who engage in it are often looked down upon, even by those who claim to be their allies.

Amongst much moralisation there is rarely an account of opinions of those who undertake this work. Decriminalised Futures, the ICA’s current offering, provides a platform for the creative project organised by SWARM (Sex Worker Advocacy and Resistance Movement) which facilitates and displays the art of sex workers. The works are of mixed success, but the exhibition hangs together to provide a corporeal and challenging glimpse at a world which many of us have such strong preconceptions of whilst having no real concept of the realities.

“It’s one thing to exist in art as a sex worker, (but) as long as somebody else is depicting you, you can’t be in control of your own image”

-Camillia Melissa Waring, Technology, Surveillance and the State: How We Resist

Sex workers have always been present in our galleries and in artistic practices, but rarely have they been given the space to exist on their own terms. A Harlots Progress (1731), Olympia (1863) Les Demoiselles d’Avignon (1907), are just some of the most notable works explicitly depicting sex workers. Many more of the ‘great’ artists have used women engaging in sex work as their models. Their stories have fascinated the male artist but often to the detriment of their subjects. There is reference throughout the works to how sex workers have been portrayed in the past, both in the arts and elsewhere, but it is there to be challenged. The framework is deeply political. On entering, the viewer first encounters a long text explaining Decriminalised Futures rallying cries. The most important highlights ‘abolish poverty not prostitution; sex work is work; rights not rescue; nothing about us without us; no bad whores, just bad laws.’ Having this on entry sets the tone for what follows and emphasises this is art as activism, rather than abstract contemplation.

The majority of the works are housed on the ground floor. The mixture of installation, video, embroidery, sound, creates a labyrinth experience, veering between works representing their makers perspectives and experiences in sex work. The central space of the gallery is dominated by three works by Khaleb Brooks The Session Series: What Chu Lookin at Ho? (Before the Session, After, During the Session), 2020. These linocuts examine the artist’s blackness and transness, and how they are consumed. Their placement in the gallery speaks to this, Brooks’ bared body shown from three different angles, holds our gaze in each image. They are directly questioning us, challenging the viewer as to how we are consuming these images. The intricacy of the detail and choice of contrast between black and whites make these a striking triptych, well married to their environment.

Moving on from these works, visitors can enter the installation ẹjẹ (Blood), 2022, by Tobi Adebajo. A multimedia installation, we enter a dark, red room with film, collage, sculpture and sound. A tribute to sex workers, Adebajo explores different elements of the experience and reason for sex work. The video works, combined with the sound are particularly strong. The sensual treatment of fruit creates a strange sense of discomfort for viewers who are being challenged “what are you actually doing here?”. This multisensory immersive experience is an evocative highlight in an already highly vigorous exhibition.

Works demand time and patience from visitors, and at times it feels as though there is simply too much on display. Perhaps a smaller selection focusing on the strongest works could have ensured the exhibition retains its power rather than overwhelming attendees’ attention and given the viewer more space to properly absorb the experiences of the artists featured. However, given the collective nature and the desire to feature a wide range of voices, you can see why the density is what it is, as it allows for a greater diversity in experiences to be portrayed.

The upper gallery features a film work by Yarli Allison, an artist whose recent forays into virtual reality generated work provides the visuals for this, and Letizia Miro, a poet and sex worker who provides the sound.  The viewer enters the space through decorated fencing. Attached to it are images, works incorporating text, plantlike constructions. Through this adorned cage the video beams through, inviting the viewer to explore the space. The computer-modeled imagery shows the protagonist, a sex worker, with clients, alongside chopped and changed photographs. The words, Letizia retelling her experience in sex work, are striking

“That’s why I am a good whore”

The repetitive use of the word whore emphasises the feeling of abnormality, the isolation from the mainstream that sex workers endure. It forces viewers to challenge their views and condensation towards those professions. Gritty, visually sophisticated, bluntly effective this is the breakthrough piece of the exhibition, transcending the context of this space and standing up outside of the curatorial framework. A piece truly worth seeing.

Decriminalised Futures is an activist exhibition. It is activist not just in its overtly political content and framework, but in challenging the narrative of sex work in art and society. In this unusual exhibition, a handful of artists stand out by being able to convey their experiences with enough artistic nuance to transcend the sensationalist atmosphere that the topic elicits from the general public. Beyond the red top headlines as a viewer expect your preconceptions to be challenged, but also your physical and emotional endurance. This is an important exhibition. While the work may not be of a consistent standard, the diversity in voices stands to give a more nuanced understanding of the practices and realities of sex work than is available to most viewers. The ICA is a setting that allows activism, rather than the overly curated and meaningless discussion given to any ‘difficult’ subjects at larger galleries, making this partnership a successful one. Certainly, an exhibition worth seeing, just make sure you dedicate enough time to grasp the full complexities of the work on show.

Decriminalised Futures is curated by Elio Sea and Yves Sanglante in partnership with Arika and hosted by the ICA, 16th February – 22nd May 2022 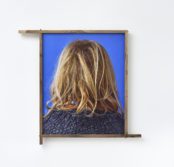 Next Story:
The Crossroad Blues and High Vantages of Oli Kellett Pt 1