Medical researchers may have found a way to integrate an artificial ligament with native bone using nanotechnology. 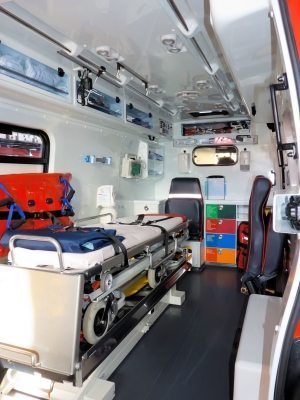 [dropcap style=”font-size:100px; color:#992211;”]T[/dropcap]he ghastly tear and pop of a torn Anterior Cruciate Ligament, now a mere nano-intervention away from being fixable.

Well, it is snowboard season.

Connecting the femur to the tibia, the anterior cruciate ligament (ACL) rupture is one of the most devastating injuries in sports. No other injury has sidelined more athletes for a season or even the rest of a career. And ACL sprains and tears affect more people than just the pros. According to the American Association of Orthopaedic Surgeons, more than 250,000 ACL surgeries are performed annually in the United States, totaling up to more than $500 million in health care costs each year.

Not only is the ACL inelastic and prone to popping, it is incapable of healing itself, causing surgeons to rely on autografts for reconstruction. Most common is the bone-patellar tendon-bone (BPTB) graft, in which the surgeon removes part of the patellar tendon to replace the damaged ACL.

“BPTB autografts have a high incidence of knee pain and discomfort that does not go away,” said Guillermo Ameer, professor of biomedical engineering at Northwestern University’s McCormick School of Engineering and professor of surgery at the Feinberg School of Medicine. “By saving the patient’s patellar tendon and using an off-the-shelf product, one may have a better chance of preserving the natural biomechanics of the knee.”

Ameer and his research team are working to engineer such a product by combining three components: polyester fibers that are braided to increase strength and toughness, an inherently antioxidant and porous biomaterial previously created in Ameer’s lab, and calcium nanocrystals, a mineral naturally found in human teeth and bones. His work is described in the paper “A biodegradable tri-component graft for anterior cruciate ligament reconstruction,” which was published in the Nov. 21 issue of the Journal of Tissue Engineering and Regenerative Medicine. Eunji Chung, a postdoc at the University of Chicago and former graduate student in Ameer’s lab, was the paper’s first author.

During ACL reconstruction surgeries, tunnels are drilled into the femur and tibia bones to hold the new ligament in a fixed position. Ameer created a bone-like material by combining his antioxidant biomaterials with the calcium nanocrystals; he then embedded braided polyester fibers into it. The artificial ligament’s bone-like ends healed to the native bone in the drilled tunnels, anchoring the ligament into place.

By studying an animal model, Ameer and his team noticed that the animal’s natural bone and tissue cells migrated into the pores of the artificial ligament, populating it throughout and integrating with the bone tunnels. While longer-term studies are necessary to evaluate the potential use of the approach in humans, Ameer is optimistic about the results.

“The engineered ligament is biocompatible and can stabilize the knee, allowing the animal to function,” Ameer said. “Most importantly, we may have found a way to integrate an artificial ligament with native bone.”

Previous Story:
Donor : Against All