Having more extensive social networks is sort of a backup strategy for people. 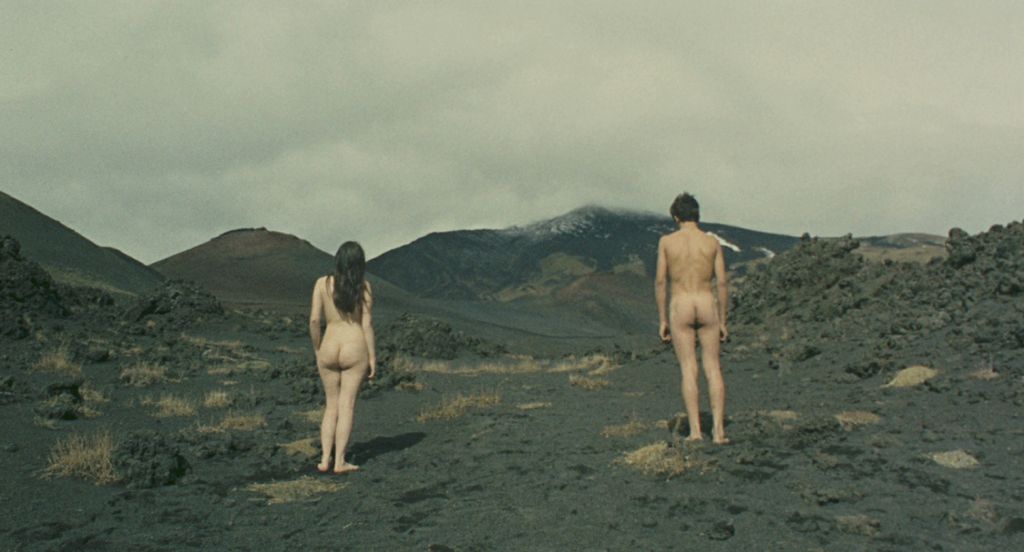 The more you know your neighbors, the better off you may be when disaster strikes, a new study from the University of Arizona suggests.

Researchers in the UA School of Anthropology examined social networks in the late pre-Hispanic Southwest and found that communities that were more connected with their neighbors had a better chance of being able to successfully manage a crisis than did communities with fewer outside connections.

It’s a finding that could have implications for crisis management research today.

“In a lot of modern research in crisis management, people are looking at how communities mobilize along social networks to overcome traumatic environmental crises, like we saw with Hurricane Katrina,” said Lewis Borck, lead author of the study and a Ph.D. candidate in the UA School of Anthropology in the College of Social and Behavioral Sciences.

“We’ve known for a long time that people rely on social networks during times of crisis. What we didn’t know, or at least what we haven’t really been able to demonstrate, is exactly what happened to the social networks at a regional scale as people began to rely on them, or how people modified and changed their networks in reaction to social and environmental crises,” Borck said. “This research gives us insight into that.” 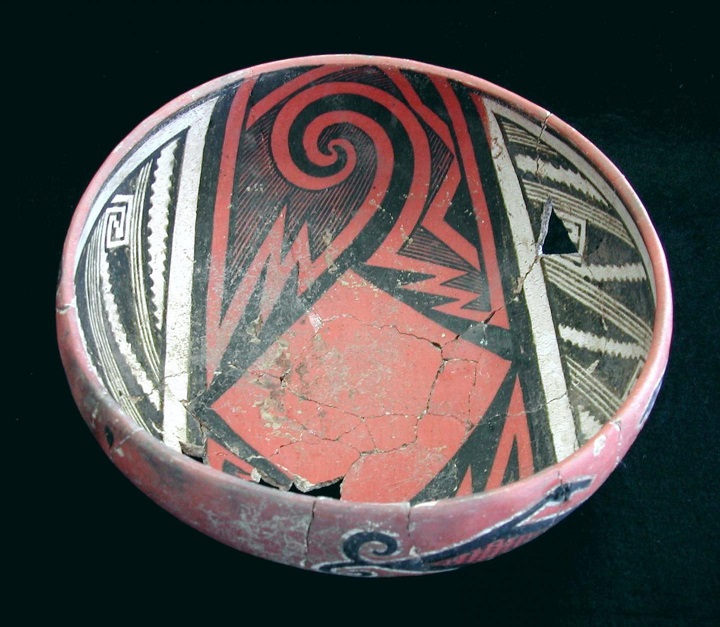 [This is a Pinedale Polychrome bowl from the Bailey Ruin, A.D. 1275-1325. This type of vessel was made during the megadrought that hit the Southwest from A.D. 1276-1299. The distribution of this type outside of its area of production was one of the ways that people kept connected during and after the drought.]

Borck and his study co-authors, including UA anthropology professor Barbara Mills, focused specifically on the period of A.D. 1200-1400, which included the 1276-1299 megadrought in the region that is now the southwestern United States.

To understand how different communities were interacting with one another during that time, the researchers examined data gathered by the National Science Foundation-funded Southwest Social Networks Project. The project maintains a database of millions of ceramic and obsidian artifacts, compiled by Mills and collaborators at Archaeology Southwest.

When the same types of ceramics are found in similar proportions in different communities, it indicates that a relationship existed between those communities. Borck and his collaborators studied the relationships of 22 different subareas in the Southwest, based on an analysis of 800,000 painted ceramics from more than 700 archeological sites.[quote] if you are highly insular

and protectionist and don’t

interact with a lot of your

They found that during the 23-year drought, relationships between many groups grew stronger, as people turned to their neighbors for support and resources, such as food and information.

“It seemed to be a way to mobilize resources and to increase your variability of resources, by increasing your interaction with more distant people,” Borck said. The Hopi people, still present in what is now northern Arizona, are an example of a population that employed this type of crisis management.

In general, the communities with larger social networks had a better chance of being able to withstand the drought without having to migrate, and for a longer period, than the more insular groups, Borck said. “Most of the groups that were only interacting with other communities in their group didn’t persist in place. They all migrated out.”

There was one exception: the Zuni people, who, despite not having strong external social networks, remain in western New Mexico to this day. Their unique success probably was due to their large population size and the diversity of resources available within the area they inhabited, Borck said.

The study will be published in a forthcoming special issue of the Journal of Archaeological Method and Theory, co-edited by Mills, devoted to examining social networks in archaeology.

Mills said the study provides empirical support for the importance of social networks in times of crisis and their long-term benefits.

“A lot of people have hypothesized that this process of having more extensive social networks is sort of a backup strategy for people,” she said, “but this is one of the first times we’ve been able to demonstrate it at a very large, regional scale.

“It backs up a lot of these hypotheses about ‘social storage’ being as important as the real storage of actual items. The flip side is that if you are highly insular and protectionist and don’t interact with a lot of your neighbors, you’re really susceptible.”

Next Story:
Death on an Imagined Afternoon