Matthew Herbert : The End of Silence

When you find the press release that accompanies an album more interesting than the music itself, then you know there’s something wrong. 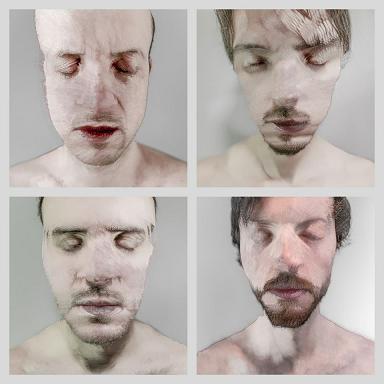 This is the guy, after all, who has made albums based entirely on sounds made by food (Plat du Jour) and the human body (Bodily Functions), recorded an album charting the life cycle of a pig (One Pig) and sampled objects from McDonald’s and Gap to produce a free album protesting globalisation (The Mechanics of Destruction). He once used a packet of crisps as a musical instrument.

The End of Silence EP is the result of just such a big idea. Produced entirely from one 10 second sample from the Libyan conflict, it has only three songs, called “Part 1”, “Part 2” and “Part 3” of between 10 and 25 minutes long.

The sample is a recording of a pro-Gadaffi plane approaching, followed by a shouted warning and a bomb blast. Herbert has taken the sample and broken it down so that each part of the audio can be played on an instrument, with shrapnel becoming percussion, and a whistle “a tone to be used for harmony”. The album was then recorded by 4 live musicians jamming with the sounds over 3 days. It’s a fascinating idea, and one that Herbert says is aimed at turning “the virtual world back into the visceral”. By making this music he wanted to “freeze history, press pause, wander around inside the sound”, to “puncture the safe veneer of distance that computers create” and compel the listener to “live inside the moment”.

Unfortunately, the idea is more interesting than the actual music. This is minimal in the extreme, a weirdly industrial sounding meander of an EP that never really goes anywhere. The opening track sounds like The Orb or Future Sound of London circa 1992, and after 15 minutes or so you feel weirdly like you’re trapped inside Jonathan Pryce’s malfunctioning flat in Brazil. And not in a good way.

How much you like this will very much depend on your tolerance for prolonged minimalist experimentation. I personally have a lot of time for even the most obtuse electronica, but I struggled to get anything from this that would make me want to listen to it again. The layered exploration of the sample itself never builds up to anything coherent, or meaningfully incoherent, and it is interesting that the sleeve notes talk about that “tone to be used for harmony” when there is, in fact, not any.

Big ideas are one thing, and the idea of deconstructing a moment of conflict like this is an interesting one, but one that feels like it would work much better in an art installation than as an album. Ultimately there has to be some purpose to the music beyond the concept that has inspired it, and here there is neither anything interesting in the music itself, or, to be honest, anything that does justice to the scale or weight of the idea.

When you find the press release that accompanies an album more interesting than the music itself, then you know there’s something wrong. And that is precisely the case here – an album that is interesting to read about but not one to go out of your way to listen to.

Good intentions are not enough, and this is a worthy curiosity that is best ignored.

Matthew Herbert’s, The End of Silence comes out on Accidental Records, June 24th.

You can listen to excerpts here.