With the suburban bliss of both Primary and Secondary Feeders shattered by the horticulturalists next-door, Manami Mogg reviews the month’s metal releases

[dropcap style=”font-size:100px; color:#992211;”]A[/dropcap]nd so, as the seasons pass, the woeful cries can be heard on the wind. “Oh, oh! Where has she gone? Where has our feline formidable naffed off to?”

To which I reply, it has been complicated, but now I have returned; rejoice!

Yes, for it is, once again, I – Manami Mogg, the world’s best feline music journalist. (Ian Glasper is in fact a ginger tom called Mr Bongles, but frankly I consider him somewhat downmarket.) 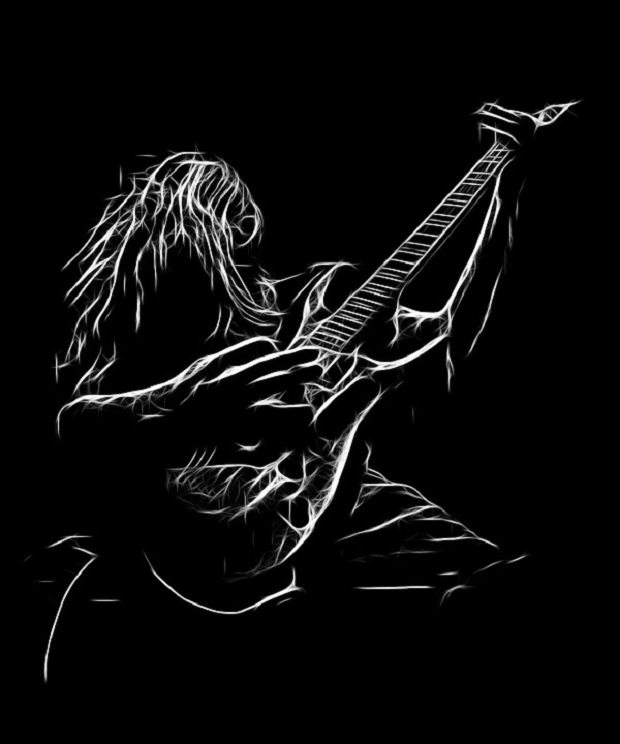 Alas, I find myself at a loose end lately; the primary and secondary feeders have been obliged to keep me locked in the house while those piteous apes next door (‘Kells’ and ‘Big Kev’) continue to threaten death upon me for the simple act of marking my territory.

Quite why defecating on their crop of exotic Cosmo-Skullfuck-Mega-Skunk was seen as offensive is, of course, beyond me – in truth, they should pay me for the privilege of fertilising their illicit horticulture. Anyway, they’re dog people and they smell. I can say that, as libel laws don’t apply to cats, so fuck your precious McNae’s Essential Law for Journalists.

Anyway, as the Primary and Secondary feeders try to stop the front door being caved in by Big Kev’s sledgehammer, I may as well do Primary’s metal reviews as he is too busy trying to block Big Kev’s progress with the fridge and the ironing board.

And before you ask, yes, I am ‘allowed’ to use the Primary Feeder’s laptop whenever I wish. This matter was resolved a few months ago when, at 04.00 AM, I sat on his chest and stuck my claws into his nose until he finally relented. Am I not reasonable?

Anyhow, first up this month is Midnight Cometh, the new album by Texan stoners Wo Fat. Would it be safe to say this is the moment they hit the big time? Of course. Whether it’s the bold, iconic cover art or powerful tracks like “There’s Something In the Air”, “Three Minutes to Midnight” and “Of Smoke and Fog”, the album has both a grand sweep to its scale and a force and majesty to its output. It’s beautifully played with some superb guitar work all woven around a thorough, relentless rhythm section and suitably cocky/forlorn vocals. It exudes class with nary a hint of filler and drags the listener along for the whole of its 48-and-a-bit minutes. It’s the blues as played by galactic desert cowboys, and it’s wonderful.

(Right now, Kells is outside, screaming, and I quote, “I’M FACKING GUNNA KILL YOU, YA FACKING CAAAAAAAAAANTS!” while waving a breadknife about, though as she is like this with her children on a regular basis, I’m not sure if she is in fact addressing the feeders. Still, DRAMA!)

So, since there is the tantalising possibility of a juicy murder in the air, or at the very least, manslaughter on grounds of diminished responsibility, I think it’s time for a bit of death metal. It comes in the form of the new album by Swedish crew Interment, Scent of the Buried. It’s not got an original bone (fractured and crushed, or not) in its ulcerous body, but by goodness, it rocks like nobody’s business with some punishingly catchy riffs and a tight, disciplined approach to the shrieking and pounding (unlike our neighbours) that pays off time and again in the form of gloriously vile little numbers like “Sinister Incantation” and “Dawn of Blasphemy” demonstrate.

But hark! Do I hear the abrasive banshee’s chorus of police sirens? Yes, friends, I do.

Next is the new album by veteran thrashers Death Angel, The Evil Divide. Now, I was immediately drawn to this record by the enormous moth on its cover. Yummy! Of course, back when I could roam free, I could feast on a veritable smorgasbord of invertebrates and small rodents. Alas, no more since my imprisonment. Nonetheless, there are still loads of spiders and flying buzzy things to eat instead, I suppose. Bastards. Anyway, where was I?

Let’s cut to the chase. This does indeed shred like a motherfucker (something Big Kev’s extended family are only too aware of, according to his Facebook page), especially when the pounding, shrieking, soloing monster, “Father of Lies” kicks in, though measured, precise slow-burn number “It Can’t Be This” and the multi-layered, sophistication of “The Electric Cell” impresses too. This is a band that’s comfortable in its niche but still willing to innovate and experiment. What more can you ask for? Very little, I think you will find.

Anyway, the police turned up, said that if the feeders were brutally murdered, they could probably do something, but in the meantime, they would give next door a jolly good telling off. They then had to speed off as an emergency/lunch had just come in. The secondary feeder is now threatening to attack our dear neighbours with a whisk, while the Primary Feeder’s mother has vowed to come over and shoot them. This gets better by the moment, and (almost) makes up for the litter tray.

This month’s final album is not an album. It is in fact the first track from Bristol hardcore types Regret, on its forthcoming eponymous 7”. (Fnarr!) But if “Disturbing The Peace” is anything to go by, it looks just a tad promising.

Confident, ferocious and relentless, with a surgical precision in its structure, it might not push the boundaries of the genre, but it more than does it justice. Also, the accompanying album art has a large crow on it, and that’s reminded me it’s time for dinner.

So, with nothing further to add, I must bid you adieu. Next door, ‘Kells’ is having another episode and shouting at some pigeons, Big Kev has set fire to his shed in an act of atavistic self-destruction and the feeders are wondering if the delivery boy will be murdered if they order a pizza. You humans! Still it’s always good to be reminded who the superior species REALLY is….

As written on Alexander Hay’s Laptop.

Next Story:
Unwarmed. How The Last Frontier of Global Warming Stays Frosty