Duping children into believing you love them need no longer involve tedious trips to Thorpe Park nor expensive gifts of smartphones and quadrocopters.

Simply buy their love with broccoli!

If, however, your dinner guest is an adult you’re trying to lure to bed, Trebuchet recommends crème brûlée.

Do you want to be seen as a better cook and a more loving parent? It’s as easy as serving a vegetable at dinner, according to recent Cornell Food and Brand Lab research.

In the first study, 500 American mothers were presented with one of five common meat-based hypothetical meals that either contained a side vegetable or no vegetable. The five meals included entrees such as steak, chicken, and lasagna and sides such as potatoes, broccoli and breadsticks.

Those who were presented with a meal including a vegetable side, such as broccoli, indicated that the main dish would taste better and that the server was a better cook. “Simply having a vegetable on the plate made the whole meal be perceived as tastier,” said lead author Brian Wansink, PhD director of the Cornell Food and Brand Lab and author of Slim by Design, “Even if they didn’t particularly like the vegetable.”

In the second study, these same 500 people read a day-in-the-life story of a woman named Valerie as she woke up, went to work, ran errands, made dinner for her family, and watched TV with her husband before going to bed. 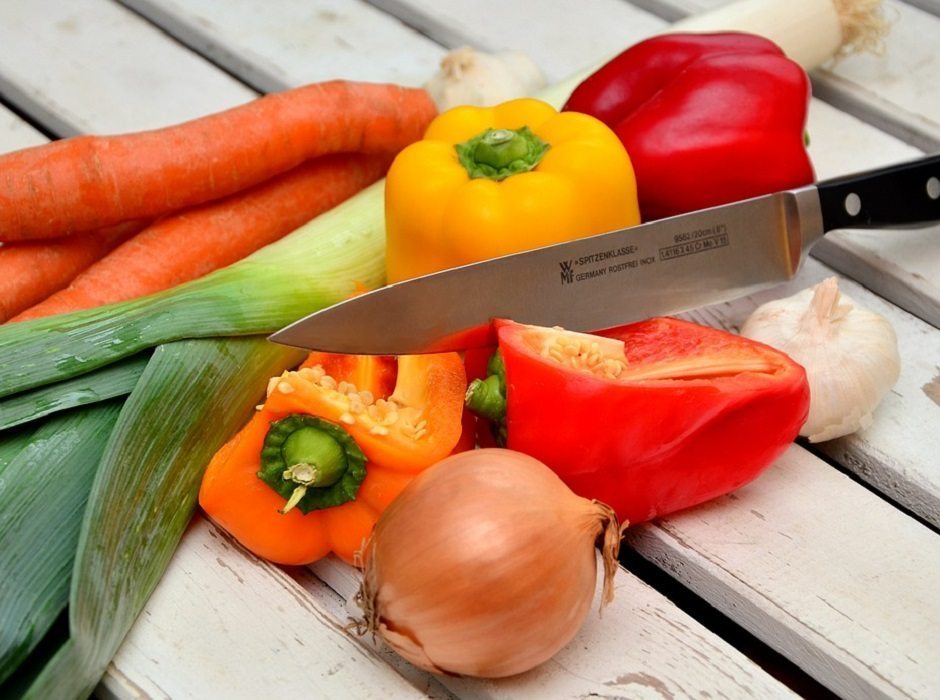 In one version of the story she prepared frozen green beans with dinner and in the other version she didn’t. After finishing the story, people were asked to describe Valerie as a person. When Valerie’s day included serving green beans she was more likely to be described as “thoughtful”, “attentive” and “capable.” When she was not described as serving a vegetable, she was more often described as “neglectful”, “selfish” and “boring.”

Families are most likely to consume vegetables at dinner time, yet only about 23% of dinners contain a full serving of vegetables. “If families want to eat more vegetables, dinner’s the place to start. If you serve vegetables at dinner, not only will your family think you’re a better cook, they’ll also think you’re a more loving parent,” said Dr. Wansink, “Within two days of discovering this, I changed the way I cook. I no longer say I’m too tired to make a vegetable. If nothing else, at least I open up a can of green beans.”

These findings compliment a recent publication in Public Health Nutrition, and it will be presented at the Society of Nutrition Education and Behavior’s Annual Conference 2015 in Pittsburgh.