In US politics, dignity is a rare commodity. Which doesn’t stop Madam Hillary burning what’s left of hers.

Have you ever had a guest who would not leave? He/she camped out on your sofa. Annoyed and ran off your friends with his/her creepiness. Was impervious to hints (to wit, Hillary… being beaten by the ambulatory toxic landfill in a boxy suit Trump should suffice as a broad hint… to all but the militantly obtuse). The guest’s sense of entitlement has blocked his/her ability to grasp that he/she has long outworn his/her welcome.

After a time, you grow to detest his/her face. You even avoid going home to your own residence. The sound of his/her voice causes you to cringe. 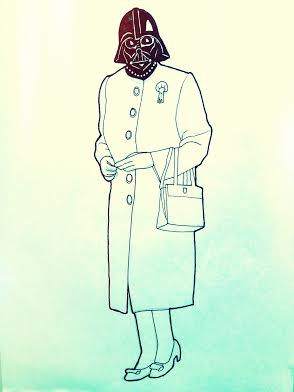 You find yourself oscillating between hoping that he/she would suddenly garner something that resembles a life that would serve to draw his/her wretched, entitled ass off your sofa and out of your world, yet you know that is as unlikely as self-awareness coming to an ossified rat dropping, thus you find yourself muttering imprecatory prayers.

Yes, one does become that desperate.

Hillary, your grating voice gives us the raging nimbus of all migraine headaches. You are a human shit-storm of contretemps. We have been exposed beyond the tolerable limits to your self-serving palaver. You and your DNC operatives’ machinations inflicted us with Trump. You have done enough damage for a dozen lifetimes.

In short, Madame Deplorable, just go away. Leave now. All but the most craven of magical thinkers and cynical political hacks are done with you and your blood-sucking brood.

Finally, there is providence in this life, in that we don’t get what we deserve. If you did get what you deserved, you would not be “speaking out” — but answering charges from the docket of a war crimes tribunal.

Next Story:
CAN: Unreleased Material. The Can Project: Barbican and Glastonbury Sets