This one was never going to be easy to write, but I have to document the journey, failure and all.

Cycle touring is an endurance sport, and like all endurance sports, success and failure rely less on physical ability and more on mental stamina, toughness, and fortitude, and on some insignificant pass halfway between Katse and Ha Lejone, these failed me.

I gave up. Lesotho beat me. The landscape wore me down, and with my sprit brittle and drawn, I broke. Like a piece of rusted metal.

Perhaps the most painful thing about it all was that I’ve always prided myself on mental fortitude. I’ve never been the biggest, certainly never the strongest, and far from the fastest, but I’ve always been able to keep going, no matter what.

This wasn’t a case of injury either. Instead, it was the cumulative effect of built-up burdens, frustration, and fatigue slowly overwhelming my defences and tearing down my walls. 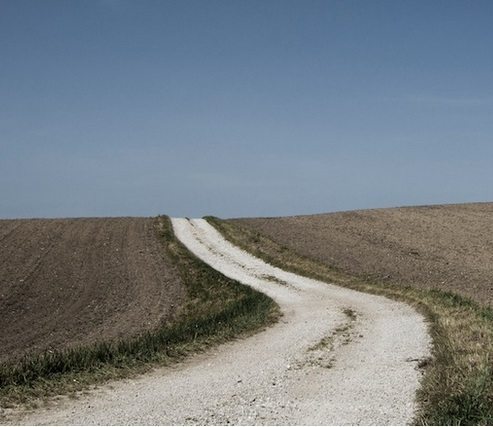 I’d snapped a pannier bolt on the back roads from Malealea to Roma. While the tarred roads in Lesotho are in great condition, the secondary roads are packed with stones, ruts, ravines, and grades that are alternatively gruelling and dangerous. I’d snapped a bolt, but I’d replaced it. No worries, right? However, nowhere in Lesotho could I get the steel I needed. I’d replaced high-tensile steel with softer stuff that couldn’t hold the weight of my panniers and gear.

On the gravel from Thaba-Tseka to Katse, the bolts had bent again, so that by the time I reached the tarred road, I couldn’t keep the pannier rack off the back tire on even the slightest of inclines. Not only did it buzz and rumble with any bump, but the constant friction robbed me of power with every stroke of the pedals.

That was bad enough, but I’d also lost a slimed tire, so I was running with tubes on the gravel road. For the uninitiated, that means punctures, and in this case, I had a lot of them. In one day, I had to fix five flats. FIVE. That left me with one patch and not a bike shop within 200 kilometers if I needed any more. Somewhere along the line, in my mounting frustration, I clipped the brake, offsetting it, so that it rubbed and squeaked with every rotation.

Sweets! Give me sweets!

Imagine a high-pitched squeak every second for about seven or eight hours. If you’ve ever driven a crap car, you know what I’m talking about. That’s what I was dealing with on the bike. In addition, the brake rubbed, stealing even more power from my pedals as I fought both hills and my own equipment.

It wasn’t just equipment though. The people were fraying my nerves to no end. In every small town and village, I had children, calling from mountaintops and roadsides, “Sweets! Give me sweets!” They didn’t speak any other English, so if I answered at all, they’d just shout again, “Sweets! Give me sweets!!!” The adults weren’t any better, though I didn’t hear “Give me my money!” as often as I heard children screaming for sweets.

In all of my travels through West Africa, I heard similar cries, but there’s just something so much more jarring about hearing these demands in your own language. Long story short: if you give anything to the children and adults who regularly beg white people for money or food solely because they’re white, I will break off your arm and beat you with it.

In the end, I just couldn’t take it anymore. Physically, I was fine. I’d conquered the highest of the mountains in the central region of Lesotho. It was all (mostly) downhill from there. But mentally, I was broken, and all it took was one hard pass to push me to the limit. “The next truck that goes by,” I’d say, “the next truck that goes by.” Then a truck would come rumbling up the tar, and I’d let it pass.

This happened four, five, six times more. I knew my bike was pretty kaput, that I’d never make it to a bike shop with the state the bike was in, but I just couldn’t give up.

Then, in my stubborn madness, I was reminded of an old joke. 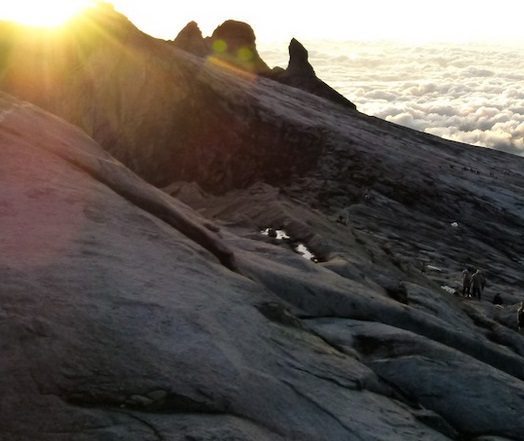 At the gates of heaven, he meets God, and he asks, “God, why didn’t you save me? Why did you let me drown?” To which God replies, “I sent a truck, a canoe, and a helicopter! How much more salvation did you need?!”

I looked back and saw a cargo truck rumbling up the pass, and I waved it down. The driver stopped. He didn’t speak much English, but he was on his way to Maseru, and he could take me to Leribe, where I had a place to stay for the night. He tossed my bike in the back, and we rumbled up and over the pass and through some of the most beautiful scenery I’d seen in Lesotho.

It felt like a punishment. To see the blue waters around the Katse lake from the top of the pass, to sweep down into a valley brimming with sunshine, to climb again and touch the edge of the world. There was snow in the pass, melting and refreezing in the shadows of the cliffs. The road climbed and climbed and climbed, and suddenly, there was nothing. The road from Ha Lejone to Leribe meets the edge of the Central Mountains, and one sees nothing but sky as it drops off precipitously into the plains below. 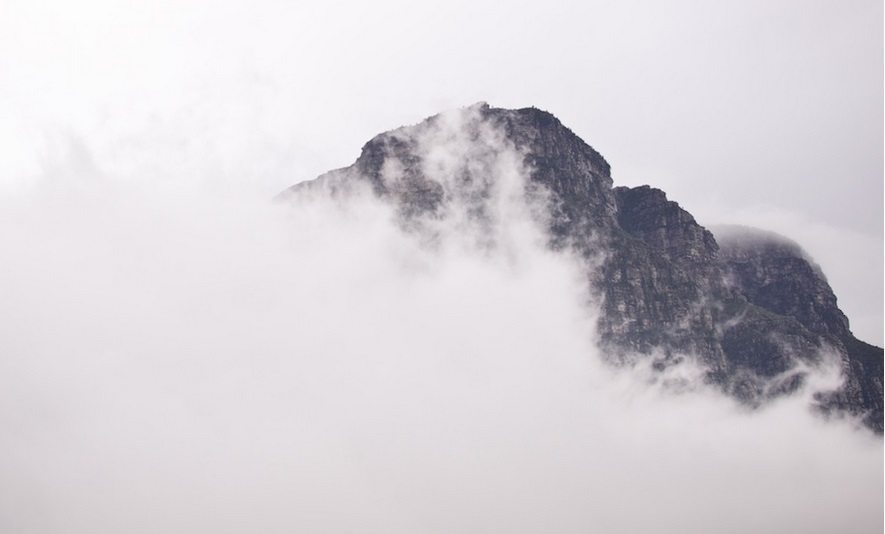 There are no foothills, no gradual descents. Instead, there’s a sign: Dangerous Curves. Engage Lowest Gear. You crest the pass, and the whole world opens out before you: green land folded back on itself hundreds of times, trailing craggy fingers down into russet valleys. It’s a sheer drop, probably six to eight hundred meters. The road, pinned to the side of the mountain as it hairpins back and forth down a path blasted out of solid rock, is like a thin ribbon of modernity consumed by the raw power of nature’s ancient stone.

I should have been on my bike. This was my reward for days of climbing, for all the hardship in the mountains, and all that both bike and rider had endured.

But I was stuck in the cab of a truck, the bike broken, the mind burdened by doubt.

I eventually fixed the bike enough to get it to Ficksburg, in South Africa, and from there on to Bethlehem, where a professional was able to find me real bolts and to fix the brake and the infuriating squeak in my front wheel. For a time, I thought about hitching my way back up to Ha Lejone, to save my pride and deny that Lesotho had truly beaten me, but I recognized it for a fool’s errand. It wouldn’t erase the failure, nor the feeling of doubt created by a challenge I hadn’t met.

Instead, I’ve decided to move on, knowing my limits and how to better account for them in the future. I could blame the equipment, the conditions, the fact that I was out of money and wouldn’t be able to find much shelter along the route, but in the end, I know that I came up hard against a wall, and I failed to climb it.

Getting knocked on your ass is important, and it was time I remembered that.

I only hope that with this failure that failing comes a little easier.