The Ivory Tower, Trump, and the Eclipse of Dignity

If a Trump win came partly as a reaction to ‘the PC brigade’, it has to be said they presented an easy target

[dropcap style=”font-size:100px; color:#992211;”]I[/dropcap]n the opening part of this essay on Donald Trump and the erosion of dignified debate, the question was put: Why is the council of the wise ignored?

The Ivory Tower, imagining alternatives or putting up walls?

Never before has the research of academics meant so little to so many. Much has been written of the elitism of the universities, of public intellectuals and academic institutions in general; that they are alienated from the concerns of real people, that they are obsessed with 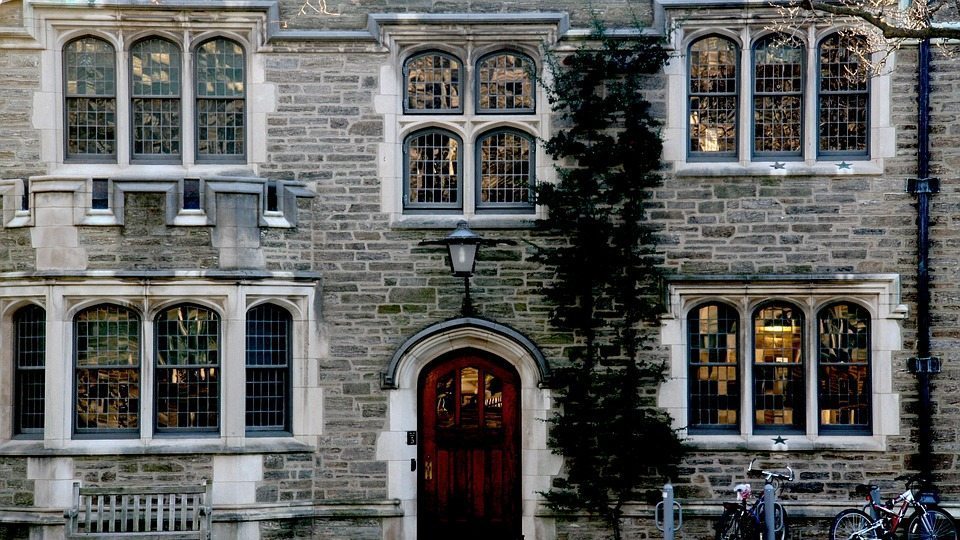 jargon and smugly satisfied with PC posturing. To add to this it doesn’t help that experts and pundits have gotten lots wrong in the public eye (Election, Trump, Brexit). We can add to this that the council of experts is now being ignored to the exasperation of institutions everywhere (think climate change).

I feel it would be better to address this from personal experience rather than stating the same points, so in that spirit I will recount some experiences from this summer where I attended the Birkbeck critical theory school in London which provides two weeks of lectures and debate delivered by some of the world’s leading academics. The school, in its own terms, aims to:

Of course the two weeks addressed many pressing issues: Chinese expansion and consumption of concrete; Esther Leslie’s discussion of the importance of play, and lectures on ‘Romantic Marxism’ which offered examples of a possible new take on old ideas.

Despite my enjoyment of these topics, and even to a sympathetic ear such as my own, the tone among the audience and the organizers was something like a right wing stereotype of left wing students. Much of the free debate consisted of concerned liberals worrying away at the plight of transgender people, and while this is an important issue, there was a desperation in the patronising tone which betrayed a kind of falseness more about the speakers asserting their sensitive credentials than it was the problems faced by the transgender community.

Chief amongst the offenders was the leading organiser and Director of the Birkbeck Institute for the Humanities, Jacqueline Rose, whose outright excitement at a new research opportunity was impossible for her to contain. Rose – a capable and intelligent professor – disappointed me greatly in her shutting down of any real debate amongst the audience. Her continuous references to books that people ‘really should read’ and casual name dropping betrayed a very English class hangover which was conveniently (for her) missed by most of the international audience.

As I watched the weeks unfold I was privy to kind of snobbery production, as if I had wandered into a committee meeting deciding on what would be the newest PC issue to browbeat the public with. So many worthy declarations of kinship to people and causes which, I imagine, would necessitate some jolly hard work if any of the professors had to spend actual time with them. When I suggested it might be important to move the focus to something more universal, Rose retorted that transgender effects ‘2% of the population’. I was confused for a moment and argued that that was my point. Too late. We listened to many people who ‘had friends who…’ and so on until the orgasm of concern had abated. Many pointless repetitions of this occurred, pointless in the sense that none of what was discussed would offer agency to people or criticality to the students, just an over affirming love-in of clichés and nonsense.

What was produced was a posture, lots of 20-somethings left that week with something to make them seem fashionably bohemian to go with the beards and skinny jeans and, if they were suitably impressed, a list of books that Rose insisted was necessary to read in order to enter the debate with any credibility.

Other anti-highlights included a guest speaker declaring she was working hard to abolish prisons, (hmm, good luck with that) and an argument with Susan Buck-Morrs about why I didn’t feel Beyonce’s new project Lemonade was going to change the world or indeed that it offered anything particularly new politically or artistically. This was fiercely rebuffed, then during the break I was approached again. Never meet your heroes. Buck-Morrs was not in the market for actual conversation. Sigh.

Both Rose and Buck-Morrs did speak about their concerns that Trump might be elected, and when he was I couldn’t help thinking that in part we and they were to blame. Not individually of course, but as component bricks in a wall of spikey academic snobbery. An old painting tutor once told me, ‘Some teachers are about your improvement, others use their intelligence to create a distance which evidences their superiority. Beware being impressed by them’.

How right she was. They stand for a kind of ridiculous pomposity where the production of opinion, justified with reference to dead philosophers and by unnecessary jargon, replaces the expensive suit or Rolex watch favoured by yuppies. Essentially though, they are the same kind of person: seekers after status.

This kind of anecdote is not scientific, but I imagine is more common than we like to think, and anyone uninitiated who gets near critical theory with that slant will never touch it again. It belongs to them, they will think. What a shame.

We need clever, critical people like Rose and Buck-Morrs to be more democratic, especially as the methods of propaganda used today have well overtaken the public immunity to manipulation.

Previous Story:
Are Sugar Free and Diet Drinks Worth It?

Next Story:
The Mechanics of Stuttering (and the beginnings of a cure)