In the Name of My Father 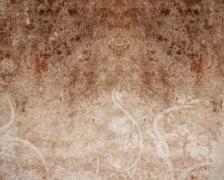 My parents modest, single-level, brick home stands on property that was once part of a sprawling estate owned by the Candler family, Atlanta’s Coca-Cola patricians.

Built during the post-war, 1950s building boom, the small house is situated in a deep ravine that once served as the grounds of the Candler’s private zoo. On the hilltop above, the point of highest elevation in the Atlanta metro area, the Candler family, in the tradition of the powerful and elite, laid claim to the highest ground.

In the 1960s, and apropos to the era, in an odd twist of historical circumstance the grounds of the estate — earlier endowed to the state of Georgia by the heirs of the Candler fortune — were appropriated for development as a state mental health institution, a sprawling complex of modernist structures, housing those committed for treatment for issues related to psychological disorders.

Emblematic of the decade of the 1960s, the highest ground in the city became the site of a madhouse. Aptly, as opposed to emanating from its traditional source i.e., insular precincts of privilege and power, in the 1960s, spontaneous upwellings of cultural madness were more egalitarian in nature…seemingly, a development that the corporate and governmental elite found so troubling that they swore that they would never again abide similar types of cultural phenomenon–instigated by underling upstarts who (apparently) forgot their social station–to rise unfettered.

Consequently, the swift and brutal repression the Occupy Wall Street movement has endured in its struggle against the present structures of calcified psychopathology known as the corporate state.

the source of demeaning power cannot be confronted directly

Yet, cultures must allow for creative chaos. Otherwise, stultifying social structures tend to engender a sense of powerlessness among the populace, creating a pervasive sense of nebulous unease. Repression creates outbreaks of hysteria, because the source of demeaning power cannot be confronted directly without prohibitive consequences. From witch burnings, to public lynching, to xenophobic fears of immigrants, to the bullying of homosexuals and social outcasts — depression-mitigating misapplication of misdirected, public rage has been inflicted on unpopular groups and social outcasts.

The larger the degree of social stratification and economic inequality in a given society the more noxious the displaced anger becomes, as economic-engendered resentments and group rivalries provide the fuel for flames of pent-up aggression.

Often, the animus is internalized within the psyches of the official operatives of the state (e.g., police and soldiers) who are given carte blanche to harass and oppress minority groups, political dissidents, and enemies of the state (real and imagined). Thus the state, acting through its anonymous operatives, becomes a force of lawlessness…abducting, torturing, and killing sans sound reasoning and remorse…for all intents and purposes evincing the modus operandi of the criminally insane.

A lone, psychopathic killer views himself as a self-contained society of one; therefore, he feels accountable to no one outside of himself.

He is a freelancer (a mirror image of the lawless state itself) who has assumed the murderous agency of state power. No wonder, we, as a people, so greatly exaggerate the danger these extreme cases pose to us on a collective basis — no wonder we insist that the most punitive forms of punishment be inflicted upon individuals afflicted with these rare afflictions…that they be locked away in the most secure prisons and executed with utmost expedience.

the murderous agency of state power

If we gazed upon them for any length of time, we would notice affinities of mind and action — their violent, reprehensible deeds are microcosmic representations of official state policy and cultural norms. Therefore, we clear these overt monsters from sight, lest we awaken to ourselves — to the casual and mundane monstrosities required to adapt to this prison of the criminally insane we know as daily existence within late capitalist empire.

Here howls the chasm: Between the apparatus of the privileged and powerful, in place, to create false fears and those things that should be rightly feared. For example: being in possession a healthy fear of the damage wrought by the corporate media by their incessant promulgation of manufactured fears. Conversely, one should fear the harm resultant from the contrived fears perpetrated by ruthless political leaders and mercenary media figures…committed in the name of protecting the public at large from imaginary enemies.

This is not so much a problem of: fearing fear itself; rather, it is a matter of gaining a healthy fear of the overkill exacted when self-serving institutions use counterfeit fear as a means of preserving their power — standard modus operandi when institutions, public and private, have lost legitimacy.

the problem is rooted in the psyche of the sufferer

The overreactions and overkill of the national security police state are similar to that of a germaphobe (a sufferer of mysophobia) e.g., the forces of state power marshal overwhelming numbers of militarized riot police and recruit entrapment-happy undercover provocateurs against peaceful political dissenters. Yet: Obsessive hand washing deployed against imagined microscopic invaders will not serve to soothe the tormented mind of an individual seized with mysophobia, because, in reality, the problem is rooted in the psyche of the sufferer.

The further one afflicted withdraws from the world…the larger his fears will loom. Isolation causes the mind to become a self-resonating feedback loop of self-referential fear (e.g., an encampment of peaceful resisters must be met with violent force to preserve the health of the state’s social order).

Providentially, the most propitious treatment for OCD (of both the personal or institutional variety) is exposure to the very things the suffer fears most i.e., being induced to touch the surfaces that he imagines seethe with vile contagion. Conversely, an army of riot police and billions upon billions of dollars squandered on military hardware and state surveillance can never quell the terror within the isolated elite of a decaying culture.

The neoliberal state resembles Howard Hughes in his final days…shuffling the penthouse floors of a succession of resort area hotels …muttering about microbes…his vast riches and security details offering no balm; his fear of human touch served as a self-issued death warrant. In a nondenominational Pentecost of redemptive paradox, the very thing that evoked such overwhelming fear in him…might have served as the very agency of his salvation.

My family’s death vigil has come to an end. My father passed from this world early in morning of May 21…In the last few days of his life, he drifted between unconsciousness and excruciating pain. When he would rise to awareness, he would quake in agony, his bone-thin arms raised, grasping into empty air, imploring, “Help! Help”… futile pleas that proved to be the last words he uttered in this life.

He died as he lived…a vivid presence, although inconsolable regarding what he deemed the implacably cruel nature of human life. At last, his pain has ceased. His flesh and bones will soon be rendered ash…almost weightless, his remains will be free to drift in air…released from his imprisoning pain.

I shuffle through memory; itself a dimension of imprisonment — its confines circumscribed by fate and limited apprehension. I festoon the walls of my individual cell with fragments of imperfect remembrance. What was once flesh has been transmuted by time into shards and vapor.

You are now free, my father…but for the solitary confinement of my memory.