S.O.S., Comprised of Members of Hatebreed, Terror, and More, Unveils New Track, “Part Of The Disease”

‘I Owe You Nothing EP’ Available Now – New EP Drops on June 20th, 2011
S.O.S. have just unveiled the track “Part Of The Disease” from the band’s upcoming release, the I Owe You Nothing EP. The track is available for streaming now at this link http://www.stereokiller.com/SOS.

The band recorded the I Owe You Nothing EP this past winter in New York City. At the helm of production was Dean Baltulonis, a producer and engineer who has been involved with some of the genres most iconic recordings (Agnostic Front, Madball).

To learn more about S.O.S. and the I Owe You Nothing EP, please head here:

Previous Story:
René, Can We Begin A Dream Collaboration Project? 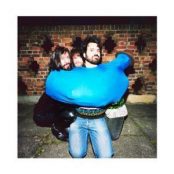