The UK Parliament has just passed a new gagging law. How will gagging affect a loyal opposition? 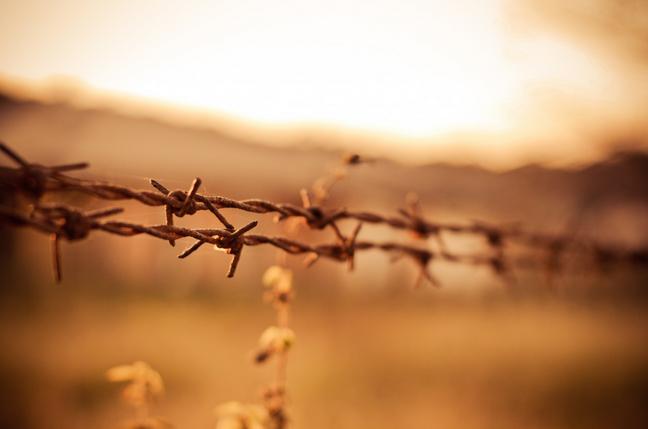 On January 28th, the UK government passed the Transparency of Lobbying, Non-Party Campaigning and Trade Union Administration Bill, a bill gagging charities, NGOs, bloggers, community groups and most attempts at organised opposition to the government in the year prior to a general election…and just in time for the General Election next year.

What is the Gagging Law?

The Transparency of Lobbying, Non-Party Campaigning and Trade Union Administration Bill, or Gagging Law, was hailed as the UK government’s answer to the issue of commercial lobbying.

However, this bill does not take on the political power of wealthy corporate lobbyists. Instead, it kneecaps any attempts at organised local and national opposition by civil society, so as not to influence the outcome of general elections.

It is a gagging law. The law puts in place a range of bureaucratic and financial barriers amounting to a gag on free speech and effective opposition.

• Reduction of overall spending limits. Throughout the UK, campaign groups will be limited to£450,000, down from a previous cap of £988,500. To put this in perspective – campaign group 38Degrees has 1.7m members, this would mean neutering their spending power on posters, staff, adverts and ancillary costs to just 26p per member.

• The installation of a a spending cap of just £9,750 within a particular constituency in the year preceding a general election. Local MPs will be able to spend as much as they like until four months before the election.

This is the state of affairs after a successful opposition campaign put forward by the likes of 38Degrees, Oxfam and Green Party MP Caroline Lucas , along with concerned bloggers such as Another Angry Voice and Vox Political, and journalists like Polly Toynbee and Owen Jones. This opposition won important concessions – but the bulk of the bill remains intact and now, law.

What Does this mean for Free Speech?

Groups across the political spectrum now find themselves in an unlikely alliance to fight a bill that will silence them all. Whether you want to bring back fox hunting or save your local hospital, the Bill will prevent you organising to do so.

As 38Degrees put it: “It’s telling that so many groups who wouldn’t normally agree with each other have united to oppose the gagging law. Groups that speak out in favour of hunting, windfarms, HS2 or building more houses are joining together with groups who say exactly the opposite.”

The British Medical Association: “if the Bill is passed, its impact could be deeply disturbing, especially as it raises concerns about what this would mean for freedom of expression”.

Deputy Chair of the Association of Professional Political Consultants Iain Anderson said “The bill doesn’t capture the vast majority of what lobbyists do. We want all lobbying covered in a statutory register.”

Pressure Group SpinWatch’s Tamsin Cave called the Bill a “deliberate act of divide and rule, that has the signature of Lynton Crosby [the Conservative Party’s election strategist] all over it…This bill, as it stands, is worse than nothing. It is bogus.”

Friends of the Earth senior campaigner Liz Hutchins said it was a “bad day for anyone wanting to protect the environment, save a hospital or oppose tuition fees”.

It is beyond challenge that UK politics has become corrupted by commercial interests. This is not a single party issue but a systemic issue. It is not merely about commercial interests paying campaign donations. We have a broader system of revolving doors between politics and business, combined with patronage and favours that this Bill will not touch. Here are just a sample of modern examples this bill will do nothing to prevent:

In 1994, future Chancellor George Osborne was photographed at a party, with his arm around a sex worker called Natalie Rowe, sitting at a table full cocaine. In October 2005, Natalie Rowe came forward to release the picture and her story to the press. Rowe sold her story to the Sunday Mirror.

However, to the surprise of Rowe and the Mirror, Andy Coulson broke the story in a leader column in the News of the World. Not only that, but the story was spun in a manner entirely sympathetic to Osborne, stating that he was ‘a young man when he found himself in a murky world’.

Rowe’s lawyers allege that Coulson stole the story by hacking her phone, and used it to gain leverage with the future chancellor.

And lo, on news of his resignation from the News of the World – Andy Coulson became Director of Communications at Downing Street, despite recently resigning in shame over phone hacking allegations. He was recruited on the recommendation of none other than George Osborne.

Theresa May and Conflicts of Interest

Current Home Secretary Theresa May’s husband is a director/shareholder in G4S. May has faced several conflict of interest allegations during her tenure. One of the most egregious was the case of G4S winning a £200m contract to run Lincolnshire police operations.

G4S recruited law firm White and Cade to support their bid. In a stunning coincidence, May invited Tom Winsor, a lawyer from the same firm, to conduct ‘an independent review of police reform’ in the run up to the bid – giving the lawyer access to privy information and contacts.

HSBC was found guilty in a court of law of funneling the proceeds of crime through their books knowingly and deliberately. This was not the act of some rogue trader.

HSBC set up a subsidiary firm to specifically launder the money of Mexican drug barons. Between 2001 and 2007, It cleared over $7bn The Chairman of HSBC, Stephen Green, has since been appointed Trade Minister by David Cameron and now sits at the heart of UK government.

The owner of retail outlet Arcadia, which owns Topshop, is notorious for his tax avoidance schemes.

In 2005, he gave himself the biggest pay cheque in UK history, £1.2bn. However, by putting Arcadia in his wife’s name (who lives in the tax haven of Monaco and hasn’t done a day’s work for the company) and channelling funds through a string of offshore accounts, Green managed to shift £300m out of the hands of the taxman. This money could have paid the full £9,000 a year tuition fees for 32,000 students, or the annual salary of 20,000 nurses. Instead, it sits in Green’s bloated wallet.

Furthermore, despite building a £5bn empire on the back of sweatshop labour – Green refused to sign a pledge to improve safety conditions for Bangladeshi workers after a series of avoidable accidents which left scores dead and injured.

Yet, the Tories appointed this man as their business tsar, leading an ‘efficiency review’ into government spending. Therefore while Green refuses to pay his share into the pot of public money, he is given power to dictate how that public money is spent.

Despite persistent rumours about rate-rigging, and receiving information from several sources that an investigation was required – the UK regulator failed to act until it was forced into action by US regulators in 2012. So why were the Tories so slow to act?

It might be coincidental, of course, but some of the Conservative party’s most generous and powerful donors were involved in the scam.

Former Tory Party Treasurer Michael Spencer has donated almost £5m to the party. This gave him access to dine with the Prime Minister at Chequers.

His firm iCap was fined £55m by regulators in the US and UK for LIBOR rate rigging, and three of his employees face up to 30 years in jail if convicted. It is notable that while the US fine stood at £41m, the UK fine was a mere £14m (just 4% of their £330m pre-tax profits in 2008, the height of the rigging). One might suggest this was a decent return on a worthwhile investment.

Cameron has paid £500,000 to appoint Lynton Crosby as the Tory party election strategist. Crosby is Cameron’s political compass, steering the Prime Minister to launch and ditch policies, and gain the party victory in 2015.

Crosby is an Australian strategist who helped John Howard to four elections victories, and was behind Boris Johnson’s successful campaign to gain re-election as London mayor.

Other items on Crosby’s CV include lobbying for tobacco firm Philip Morris, and he is reported to have signed a £6m deal to lobby on behalf of the firm just last November. Crosby has also advised energy firms engaged in Fracking in Australia, championing shale gas over sustainable and renewable energy.

And in a remarkably unsurprising turn of events, this year the Tory party chose to ditch its policy on plain cigarette packaging, Osborne announced a raft of tax breaks on Fracking firms, and David Cameron went from promising “Vote Blue, go Green” to “get rid of all this green crap.”

The Bill will do the sum total of diddly squat to deal with these consistent and endemic abuses of power and privilege.

And don’t think Labour are coming to the rescue either. I have previously covered the parallel issues for the Labour Party. Labour will not overturn this legislation if they come to power, they have zero interest in doing so.

Charities, campaigners, community groups and yes, bloggers like myself, will now figure out exactly what their legal standing is in this dark new age of restricted speech – we just don’t know.

But regardless of whether our opposition is legal or not, in coming months and years, we should not bow our heads in resigned acceptance of this most blatant attack on hard won democratic rights. It is not enough for us to wave our hands, sigh and comply.

If opposing the government in a non-violent way such as organising a leafleting campaign, or transporting people to protests, or writing blogs and petitions calling on voters to act in their own interests is illegal – then let us break the law. Thomas Jefferson once wrote: “If a law is unjust, a man is not only right to disobey it, he is obligated to do so.”

Well, man or woman, our time has come.

Next Story:
The Real Cost of Healthcare Cuts