Three new releases from Frontiers Records give a taste of what the current AOR scene has to offer. 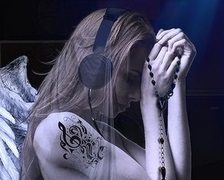 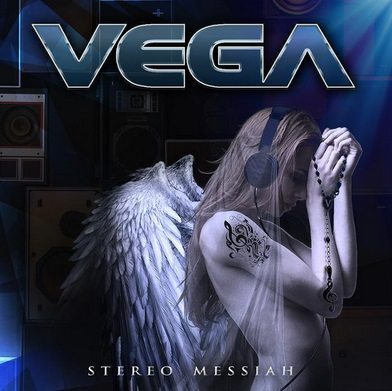 70s revivalists and incorporate contemporary influences into their sounds, many AOR acts seem content to repeat the same moves from the commercial hard rock of a generation ago, and make records that sound as though they could have been released in 1985. Still, it gives the impression of being a thriving scene complete with its own festival circuit.

Three new releases from Frontiers Records give a taste of what the current scene has to offer.

Stereo Messiah, the third album by British rockers Vega is a solid piece of work. With a shimmering production from John Mitchell of It Bites, it’s full of big choruses, spiralling guitar breaks and the occasional very 1980s keyboard sound. Frontman Nick Workman provides some classic high register AOR vocals, and Marcus Thurston’s guitar shredding always complements the songs, with a touch of Neal Schon in some of his solos.

It does suffer a little from a lack of variety, with many songs sharing very similar tempos and structures; it’s not until the closing power-ballad “Tears Never Dry” that we get any real change of pace. But with tight playing and some strong songwriting, fans of Def Leppard, Journey, or their ilk, should still find a lot to like about this record
Pit Stop by Dalton is far less impressive. Dalton were an 80s hairspray band from Sweden who made a couple of albums and were then “killed off by grunge”.

[quote]the sound of a bunch of blokes

who must be in their 50s singing

and parties is not a pleasant one[/quote]

A generation later they’re trying to make a comeback. Unfortunately this album gives a clue as to why they might have failed the first time around. The opening song “Ready or Not” gets of the album off to bad start with some ugly sexist lyrics that should have stayed in the 80s, and the sound of a bunch of blokes who must be in their 50s singing adolescent-themed lyrics about girls and parties is not a pleasant one.

Musically it’s very formulaic, and it’s all been done many times before by far better bands. Hair metal is a genre that hasn’t aged well, especially for a band who were also-rans in the first place.

The Great Divide by Allen/Lande can best be described as epic melodramatic cheese. But it’s high-quality cheese made with the very finest ingredients. Russell Allen and Jorn Lande are a pair of class acts as vocalists, with Jorn Lande in particular the nearest thing nowadays to the late Ronnie Dio. The songwriting and production is the work of Timo Tolkki, formerly of Finnish power-metallers Stratovarius, who also plays all the guitars, bass and keys.

The result is a record that’s completely over the top, whether it’s big riffs and choruses or epic power ballads. There are echoes of Dio and early Yngwie Malmsteem, though guitar histrionics are toned down to throw the spotlight on the vocals. The whole thing has a huge, bombastic sound. With lyrics like

you do wonder whether they’re trying to be profound or are just taking the piss. There are also a couple of moments that sound just a little too close to specific Dio songs for comfort. But while you know it’s all corny hokum, if you don’t take it too seriously it’s still a very entertaining listen.