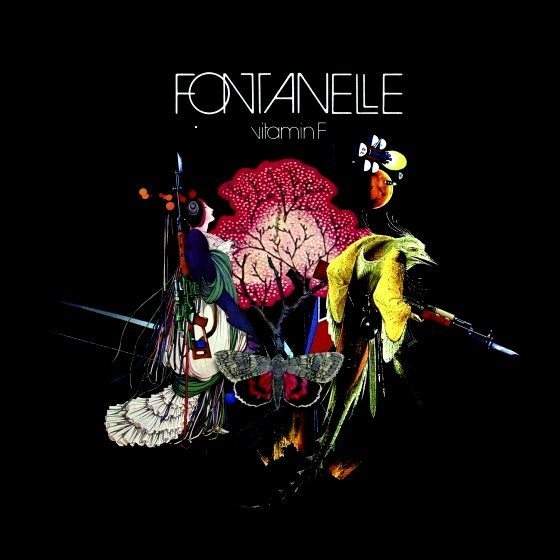 Jazz Fusion, the name itself conjuring images of forceps mangled people, mumblers, the socially awkward, more bitter than brittle, and more exacting than a team of Swiss watchmakers on Adderall. Why then would a band want to make a record for these people knowing well that even to try is to fail?

Haters are going to hate and a Jazz fan is well known for having a large appetite for sneering disapproval. What a gamble then to create an album requiring the mental tools of hate to appreciate it for what it is: a sapphire bullet of pure love.

Haters are going to hate and a Jazz fan has a large capacity and appetite for sneering disapproval.

[/quote]Born in 1998 Fontanelle is a time swept organisation adrift in a decade of side projects and essential sessions (Primarily Sun o)))). Why then release an album now? Started by Rex Ritter and Andy Brown, the band has seen a lot of people come aboard and play their hand. Of all the fellow travellers, it is large palmed producer Randall Dunn who has exerted the deepest influence of all.

Renown for his seminal work with groups like Sun O))), Black Mountain and Wolves in the Throne Room, Dunn took the electric helm of Fontanelle with a singular purpose – to invert the space-like considerations of 70s Jazz fusion and make an exploratory introverted record of collapsed star heaviness.

Imagine if Jay-Z was to make a bombastic record entirely about self-loathing, angst and turmoil, about his complete alienation in the midst of bitches, drugs, money and cars. Rhapsodising how each of these monolithic tools of power ennobled him amongst his peers but continued to drive a deeper and deeper wedge between the possibility of his own satisfaction.

Glassy-eyed he’d intone how unworthy love covers you in shit, how the drugs create a parallel reality of wonder where gilded and bound your fears find shape and find you, he’d reveal with nut clenching veracity that wealth is the hierarchical sigil of a vapid realm of power; it lies, it ties, and it enslaves.

And finally the Maybach, the ultimate express chariot for your intra-stellar celebrity. If the outside world is meaningless then it’s a fast moving prison with everything BUT a single sanitary convenience: forcing you, choking, retching, to get deep in yourself and clean up your own shit. This is the Jay Z record that Randall Dunn, heavy set, bearded wise, Buddha of the eternal consolation makes. Here is your Jazz. Here is the mirror of your mirrored face.

Vitamin F is an essential fatty acids that no man can live without and is also a euphemism for sexual intercourse. Literally a fat/fuck but in a funk context (of which there are many nods here) we might soften the head of those words and simply say that the record has a phatness to it, albeit one that is gloriously fucklike. A duality carved from the more sinister reaches of the triumvirate psyche of Ritter, Brown and Dunn but of which there is only a singular presentation. It is Randall Dunn who stands as the conduit for this jazz cube of prayer and fire.

a singular purpose – to invert the space-like considerations of 70s Jazz fusion and make a exploratory introverted record of collapsed star heaviness.

While each of the players on Vitamin F are phenomenal it is the Randall Dunn entity that pulls the strings together. The man is a weaver of atmosphere and he who controls the atmosphere controls all living things.

Musically, all the jazz clichés are here. If you’ve never heard every single lick played here over countless nights spent kneeling alone, pouring over remote record sleeves, scratching at a spliff burn on old jumper while something previously inedible cauterises itself non-lethal in the kitchen, then you can not know this album. Nor will much of the rest of the review mean anything to you. You won’t get the references and you are not yet worthy enough a vessel to carry their meaning. So long, there are other paths for you. Your book is a catalogue of trinkets and cake. Sleep on, wake not the sleeper.

On Vitamin F all the clichés, every jazz memory that has echoed through the demimonde, every single one is here, burning itself out of the past and carbonising itself like a igneous stain against the endless volcanic slopes of a life wasted in the pursuit of perfection. Randall Dunn knows the searching night. He’s been there. His vestment has many holes, the incense is thick, his eyes are raw, his appearance intense and unrelenting. This was his resume and the reason why on Vitamin F Fontanelle acquiesced and allowed his hirsute yellow fingers to anonymise their voices into an orgiastic kegel-strengthened whole. In the same way, it is recommended that the listener hold this character in mind as a solid thread back to reality once the inevitable journey into the record begins in earnest.

The opener Watermelon Hands and it’s subsequent gateway The Adjacent Possible are rock solid exegeses of Miles Davis’ late 60s exploratory era, and with several raised hands to Bitches Brew (and more pertinently it’s Live–Evil beat cousin) and not to mention a heroic dose of Birds of Fire.

Of course these familiarities are intellectual tricks to get the listener into right frame of consciousness for the time-bending onslaught of the eponymous church burner.

Vitamin F is an epic ode to black power and urban resistance, serving to transport the attentive magus back half a century. In this context the Hancock-random key stabs and melancholic horns chart the ominous force of an armed brother, awakened from class oppression, a sentinel consciousness patrolling the ghetto, sweeping the heads of those glued to the T.V. Minds watching the death of their leaders repeated and repeated. The man in the car ages, his afro greys, the leaders keep dying and the community perspective gets smaller with each repetition, the cycles get quicker and the pace eclipses itself, its inescapable. He’s now an old man on a bus. The bus stops and he gets up to leave and turning around sees all the dead leaders sitting behind him. Martin Luther King waves a smoking gun at him. He sits down and the bus fades into darkness leaving us standing on a street lit corner.

Here is your Jazz. Here is the mirror of your mirrored face.[/quote]

Predictably we’re segued into a upbeat randy funk number (Traumaturge) but the darkness has settled within us now. Thighs and tassles shake, the descending melodies follow the progress of pink silk that explodes ankle height into a montage of Felix Baumgartner’s balloon exploding as the man plummets to earth… 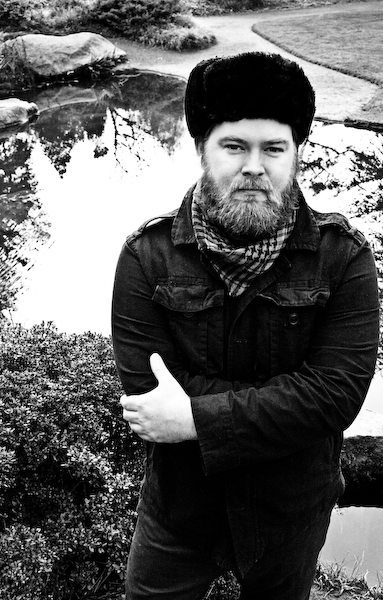 …which is where ‘When the Fire Hits the Forest‘ takes off. The most fun phase on the record marks the historic point during the recording session where there was a brief band mutiny. Sources say that Randall Dunn was locked out of the control room for a time while the band members ‘explored the physical aspects of their musical interplay’ others have stated that it was Rex Ritter who was locked out due to a Homeric beer and weed run that cost him an eye and the best part of a cherished Allman Brothers baseball Tee. The true causes are probably never to be revealed (due to various major label legal clauses and a hastily improvised Zambian blood oath) however the effects are plainly visible and can still be enjoyed to this day (standard doctor’s warnings apply).

The intensity of the Ataxia session had taken its toll on producer and band alike and when approaching the final track (as all the tracks where recorded in the order that they appear on record – such is Dunn’s prescient ability) in order to continue the bass player had to administer Low-B CPR to a flagging engineer by placing him against a 4 x 4 bass cab.

Unfortunately, the amniotic bass rhythm had a devastating effect on the keyboard player who started distorting in and out of dimensional space. Weaving a harmonic binding spell through horn manipulation Dunn tried to focus the energies of the group but it was too late – the whole band had become discombobulated into fleshy circling fragments. Literally reassimilating the band (and hence the track’s name) from Count Basie sheet music, possum parts, and the circling energies of Portland, OR Dunn manipulating the middle registers of a worn out analogue desk, brought Fontanelle back to a familiar universe. It was as the final patches of denim and eldritch flannel came together that Dunn finally bid them rest, beyond any reasonable doubt, whether in his lifetime or that of his dynasty, the inverted blueprint was complete.

Considering the depth of the spiritual energies, personal revelations, dismordant conseguities and sheer testicular fortitude required to make such music it is truly remarkable that those involved are still breathing. After all the human body isn’t built to be exposed to such high levels of concentrated energy for any length of time (longer than 44 minutes). Vitamin F flies true and as a phenomenal piece of scholarship everyone involved deserves our money, our respect and our love.

Vitamin F is a love letter to that moment when the listener first heard a great Jazz fusion record, a record that drew in all experiences, all fragments of existence, all murmurs of knowledge and synthesised them into that recursive optimism called life. Some people find that feeling in children, in employment, in a Dutch model, or in the slow opening of a flower… and some weep at the inclusive emotional complexity of the first 60 seconds of Tout de Suite (Filles de Kilimanjaro, 1968), seeing time compress and the future unravel like an endless scroll of possibility and transcendence.

Previous Story:
Miliband at the TUC: What He Really Wanted to Say