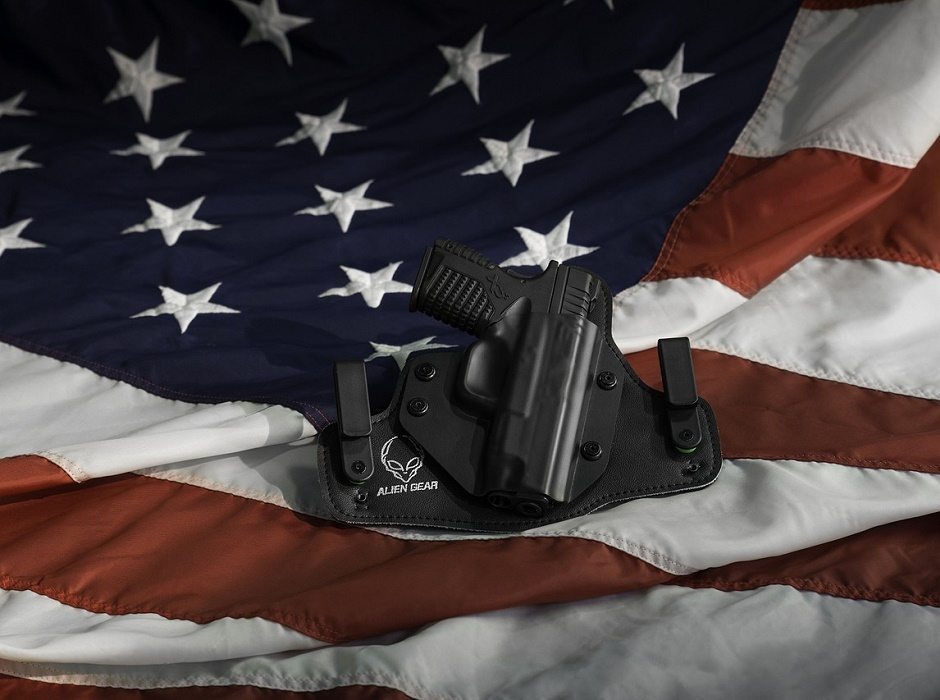 [dropcap style=”font-size:100px; color:#992211;”]B[/dropcap]ackground checks on potential handgun owners in Connecticut seems to show that stricter licensing laws in the US leads to lower rates of gun deaths.

It might be a nice idea to apply the principle to their police forces.

A 1995 Connecticut law requiring a permit or license – contingent on passing a background check – in order to purchase a handgun was associated with a 40 percent reduction in the state’s firearm-related homicide rate, new research suggests.

Researchers from the Johns Hopkins Center for Gun Policy and Research, part of the Johns Hopkins Bloomberg School of Public Health, compared Connecticut’s homicide rates during the 10 years following the law’s implementation to the rates that would have been expected had the law not been implemented. The large drop in homicides was found only in firearm-related killings, not in homicides by other means, as would be expected if the law drove the reduction.

“Permit-to-purchase laws, which require prospective handgun purchasers to first obtain a license from the police after passing a comprehensive background check, appear to reduce the availability of handguns to criminals and other people who are not legally permitted to buy guns,” says study author Daniel Webster, ScD, MPH, director of the Johns Hopkins Center for Gun Policy and Research. “Licensing handgun purchasers is a particularly effective way to achieve comprehensive background checks and keep people from buying guns for people who are not legally allowed to own them.”

Earlier research from Webster found that Missouri’s 2007 repeal of its handgun license law was associated with a 25 percent increase in its firearm homicide rates. For the Connecticut study, Webster and his colleagues used comparison states with homicide trends that most closely matched those in Connecticut before the law went into effect in order to predict what would have happened to homicide trends in Connecticut had the handgun licensing law not been implemented.

“Taken together, these studies provide compelling evidence that permit to purchase licensing systems is one of the most effective policies we have to reduce gun violence,” Webster says.

“Research suggests that requiring in-person applications at law enforcement agencies may make it harder for individuals with a history of violence and criminality to get guns,” says study co-author Jon Vernick, JD, MPH, co-director of the Johns Hopkins Center for Gun Policy and Research. “Future research should compare the effectiveness of requiring prospective gun purchasers to go to federally licensed gun dealers for a background check versus local law enforcement agencies.”

Public opinion survey data from Webster and his colleagues recently published in Preventive Medicine show that the majority of Americans (72 percent) and gun owners (59 percent) support requiring people to obtain a license from a local law enforcement agency before buying a handgun to verify their identity and ensure they are not legally prohibited from having a gun.