Feel the Bern if it Makes You Happy, but Don’t Hope For a Fairytale Ending

Sanders as president is a dream too far, writes Phil Rockstroh from New York

[dropcap style=”font-size:100px; color:#992211;”]S[/dropcap]anders wins some states and suddenly we are in the grip of a socialist utopia fantasy.

Regarding the desperate fantasy that the legacy of Bernie’s feel-the-bern brush fire will be transformed into the passionate heart and enduring hearth of a larger socio-political movement: If you need to hold the notion close to you to help you make it through the day and sleep through the night, then I hesitate to question the comforting fantasy that has bestowed the palliative effect.

In the U.S., a faux republic veiling an oligarchic-ruled/national security/police/surveillance/prison industrial state and militarist maintained empire, you have all the free speech, right to assemble, freedom of expression, and voting rights you could ever desire, as long as doing so does not, in any way, present even a scintilla of a threat to the power, money, and elevated positions 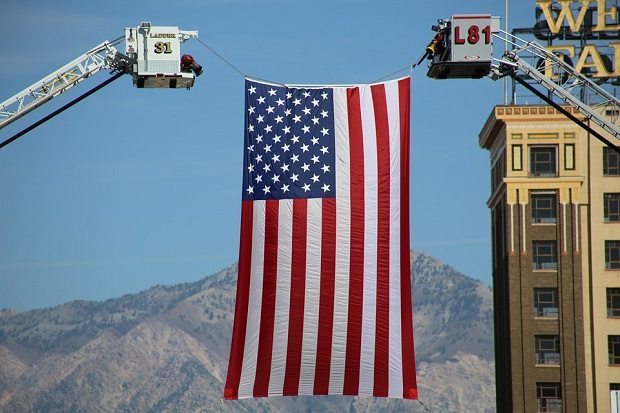 of the privileged classes.

If the above should come to pass, the movement will be shut down faster than a flea circus at the Westminster Kennel Club dog show.

Empires overextend abroad, impose an unwieldy, oppressive, and stultifying security apparatus at home, and collapse from the cultural rot concomitant to the social anomie and elitist corruption inherent to the system. Sound familiar?

Broad hint: The hypertrophy – both structural and psychical – created by late capitalism cannot be voted away within the rigged structures of the present imperial state. It is capitalism itself that must be dispatched to the landfill of history.

Moreover, Bernie’s brand of treacle socialism was never potent enough to remedy the pathologies of the neoliberal/imperial state. Withal, Bernie has revealed himself to be so timid in regard to challenging the status quo and its enabling duopoly, he has vowed to support Hillary Clinton, the very emblem of the capitalist/imperialist order.

When that event comes to pass, it will have an even more dispiriting effect on his followers than his being crushed by the DNC/Clinton machine.

Previous Story:
Can the Clean Fuel Movement Ketch Up With Florida’s Tomato Battery?