Rolling with the Homies – Group Show 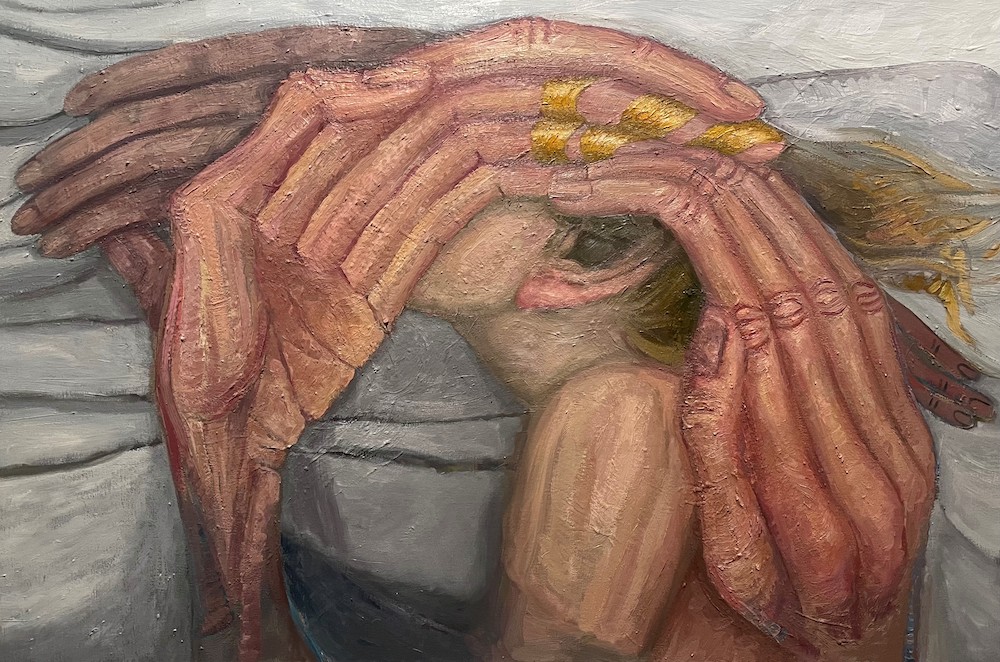 A varied affair showing abstract art, photography and painting covering a variety of topics. Venture outside the central hubs of art and view something unexpected.

Rolling with the Homies at Elizabeth Xi Bauer Exhibition Notes

Elizabeth Xi Bauer announces the Gallery’s first exhibition of 2023. This group exhibition will feature artists represented by the Gallery since its inception along with a selection of artists exhibiting at Elizabeth Xi Bauer for the first time. Works by Theodore Ereira-Guyer, Cătălin Marius Petrișor Hereșanu, Marta Jakobovits, Abraham Kritzman, Antonio Pichillá and Alexandra Rolls will be exhibited at the Deptford-based Gallery.

Theodore Ereira-Guyer‘s work is an ongoing investigation into the subject of memory – what is kept and what is left behind. The process of printmaking, especially the way in which Ereira-Guyer practices it, necessarily involves a loss of information between the plate and the paper. Even if it is a technique aimed at reproducibility, Ereira-Guyer uses single or a few compositions being generated per plate – every time a print is made, different aspects are emphasised whereas others are lost.

Cătălin Marius Petrișor Hereșanu is a multidisciplinary artist who favours the field of painting. Cătălin Petrișor’s paintings are carriers for his interventions. The surfaces of his paintings are an exploration into deconstructing reality in order to reveal the action of image making. For example, in the solo exhibition The Illusion of Depth at the Mind Set Art Centre in Taipei, Taiwan, the artist explored ways to challenge the Renaissance principle of perspective. Petrișor’s works also examine the notion of space and imagination as the viewer’s guide to exploring the world around us.

Marta Jakobovits, Signs of the Moment, 2022.

Marta Jakobovits’ oeuvre is a complex, researched and developed exploration of ceramic techniques. From casting to modeling and firing, using traditional materials and methods, the artist experiments with limitations of processes. Having lived under one of the most brutal and repressive dictators in history, the Romanian Nicolae Ceaușescu (‘The King of Communism’), the Jakobovits family, whose heritage is a mix of Armenian and Hungarian, lived on the border between Hungary and Romania, in the town of Oradea. A sense of displacement and adapting to new surroundings was an early influence on Jakobovits’ practice. At the time of Nicolae Ceaușescu’s regime Marta’s practice became a form of release from the oppressive forces around her. Along with her late husband, the renowned painter Miklós Jakobovits, Marta became part of the inner circle of the important Transylvanian artists who were vigilantly creating art as an act of resistance against the dictator and a regime which did not allow for such freedoms.

Th artist works techniques such as duplication, zooming, abstraction, flattening, layering, veiling and obscuring, as well as manipulating methods of display in order to transform the viewer’s experience. For Kritzman, the relationship between his works – the “negative space” – is important. 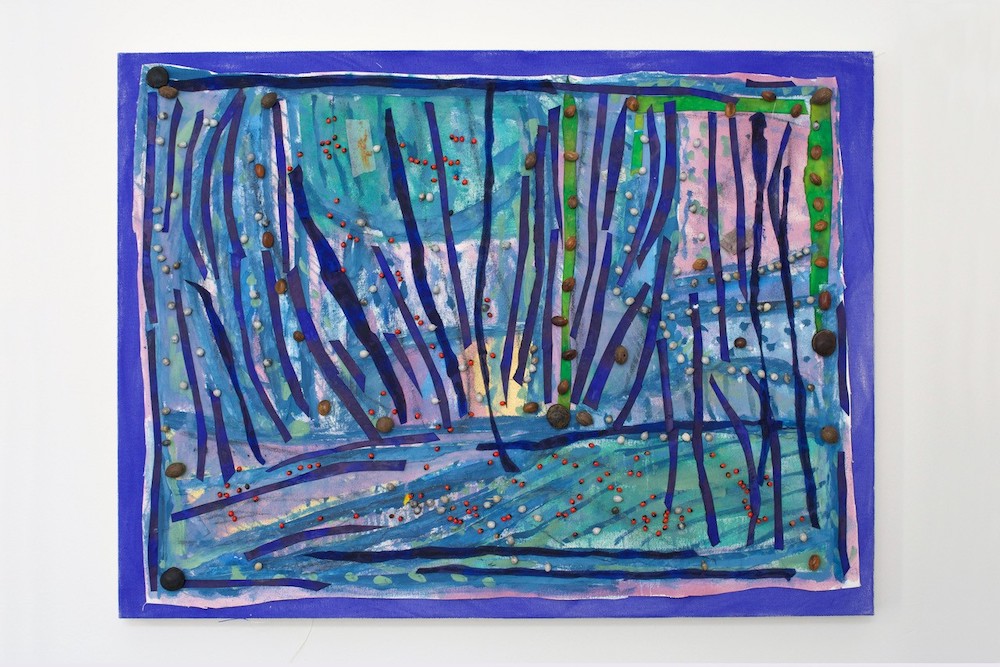 Antonio Pichillá focuses on the ever-developing connections between western contemporary art and the vernacular tradition of craft. Using natural materials Pichillá draws from Mayan epistemology to: “…restlessly look for a bond that integrate(s) with the environment as something inexact, uncodified. I struggle to give form to transitory states,” as he explains. Examining the ancient culture of his native Tz’utujil heritage and the postcolonial notion of a homogenous national identity, Pichillá’s works are an act of resistance to otherness and binary constructions of identity. Instead, his work celebrates the heterogeneity of everyday contemporary Tz’utujil life. From his studio at Lake Atitlán the artist’s practice is driven by anthropological research into Guatemala’s urban and rural regions.

Alexandra Zarins I Would Share Everything With You, If You Would Only Let Me, 2022.

Emerging artist Alexandra Zarins Rolls predominantly works with oil paints. Rolls is fascinated by the human figure and the psychology of portraiture. The artist draws inspiration from the Old Masters in order to reflect and respond to the figure in the context of our contemporary world.