The repeating motifs almost seem to function as frames of a film that cannot be made. 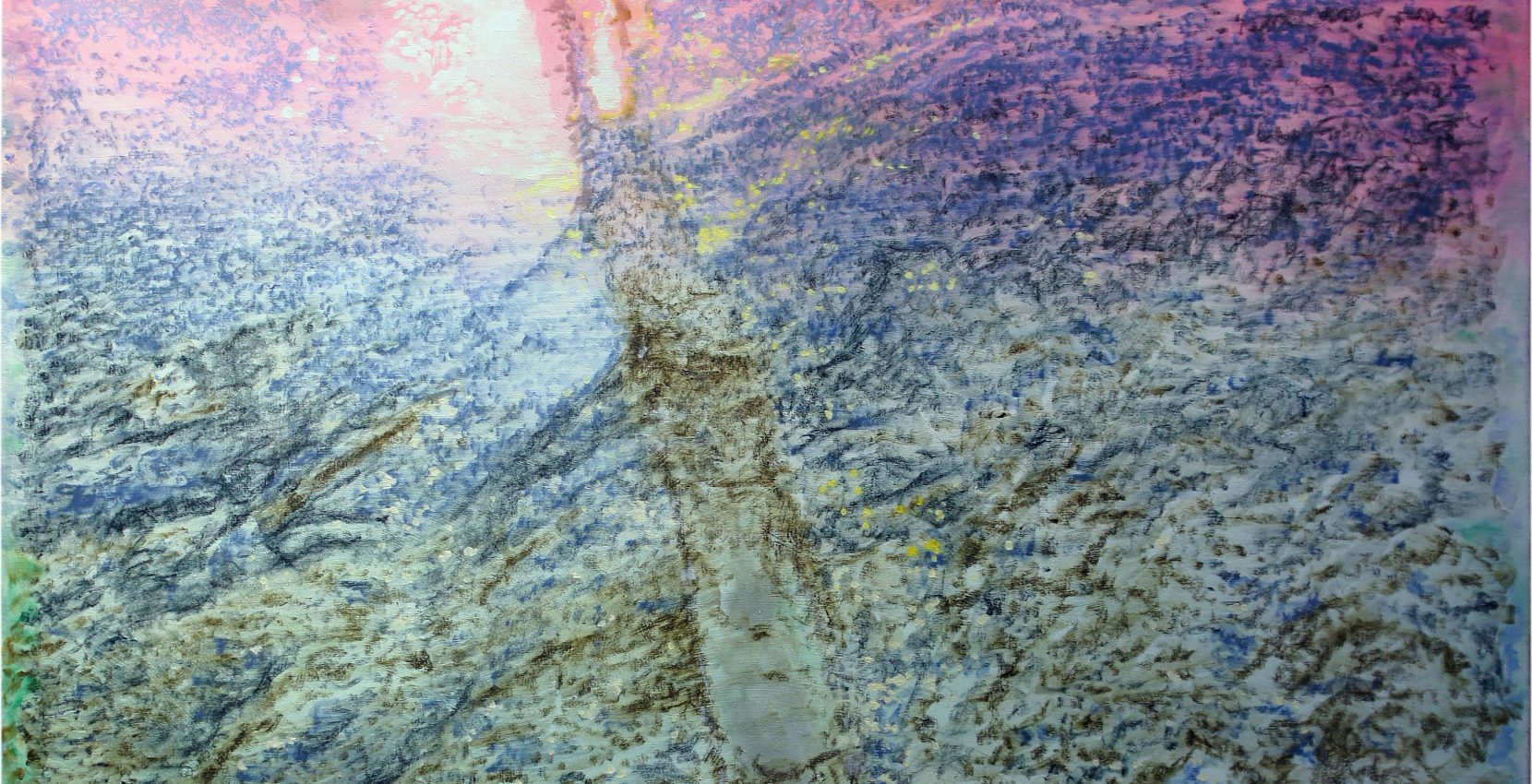 Ena Swansea’s new works are a miasma of littoral washes of druggy colour. Filters of contemporary and media-saturated consciousness overlay personal banalities elevated by texture and colour to plateaus of sly meaning. We know what we’re looking at but they’re weirder now and fade before our unfocusing eyes. We’re hooked by the tease of understanding but expectation submits to the artist’s process and we’re quickly alienated.  These images scream ‘drink me’ in an anti-escapist trajectory, they are the last tendrils of familiarity before repetition and abstraction reframe the formal as something open. Perhaps the most alarming feature of these paintings is how they unpaint themselves in the viewer’s eye, their blankness is highly reflective and oddly confronting. Certainly, not a show for those prone to dark nostalgia, empathy or attacks of conscience. Lonely children, analogous or not, in wet woodland phoneboxes does not the stuff of comfort make. 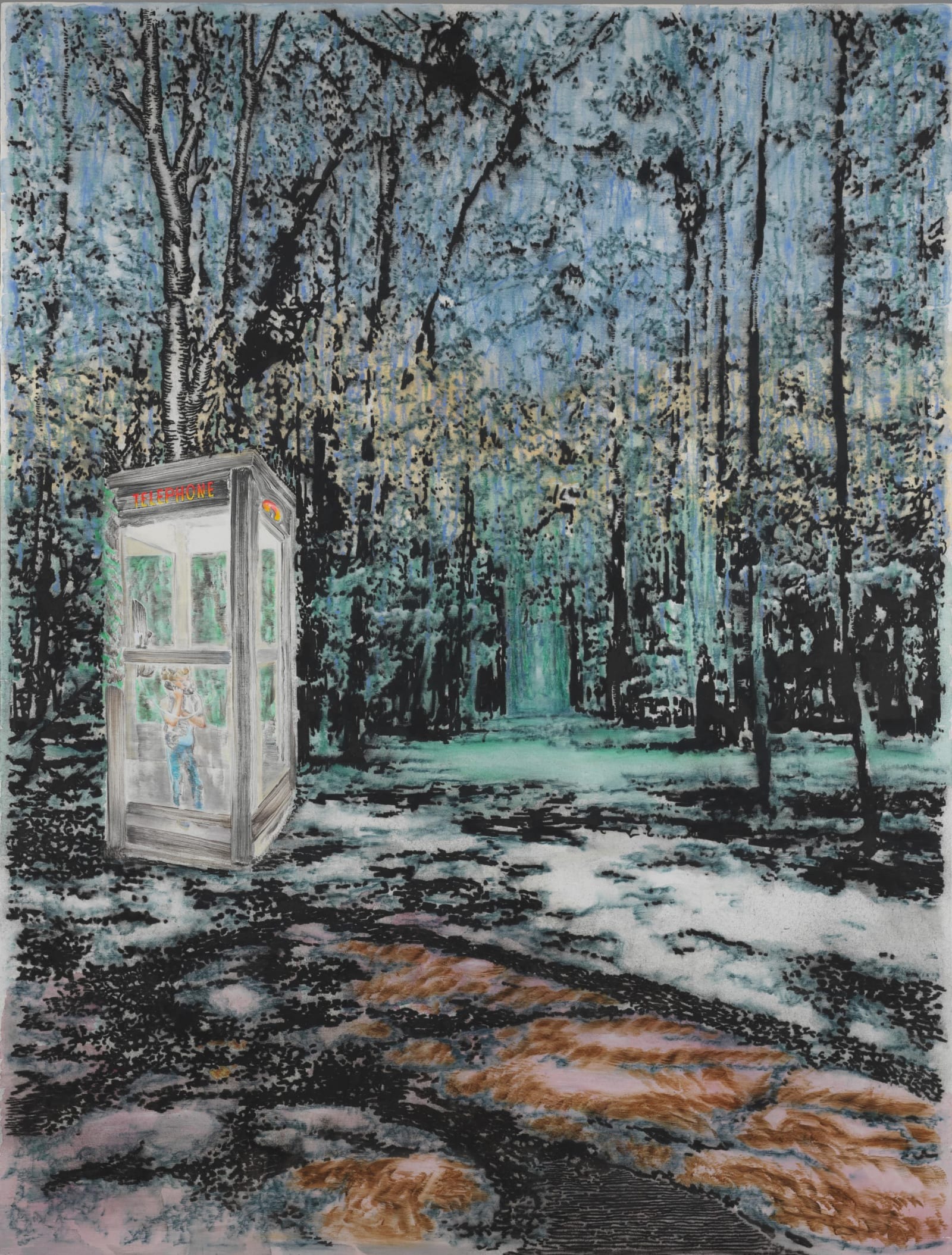 Show statement:
green light features recent large-scale canvases exploring motifs that recur within Swansea’s practice, including snow, sea and the urban landscape, all bordering on abstraction and demonstrating the artist’s ingenuity with the painted surface.
The brilliant and the muted colours of cinema, the velvet blacks, have stayed with Swansea’s work since film school. These complex, layered paintings often collapse the subtle greys found in film into a dense and impenetrable dark field. Suspended in a plane of radiant colour, the tension between light and darkness is simultaneously attracting and repelling. Swansea’s attention to the effects of transparency can be seen in her experimental investigations into the myriad ways in which an image itself can be migratory, invoking an oblique political critique.

The repeating motifs almost seem to function as frames of a film that cannot be made. The artist keeps a vast archive of photographs, working in a serial manner, returning to subjects again and again. In these recent paintings, the enforced solitude sustained globally in the wake of the pandemic is telegraphed. In these images, despite the now-fraught invocation of the natural world, there is a feeling that a suave urban figure has just exited the picture. They may express a wry commentary on the mute longing for an impossible utopia found in German romanticism and English landscape painting. Their shifting hallucinogenic forms may only be the unintentional disclosures of a Manhattan painter in lockdown. Somehow these landscapes manage to feel urban.