Establishing ‘Conflict’ in the Ivory Coast 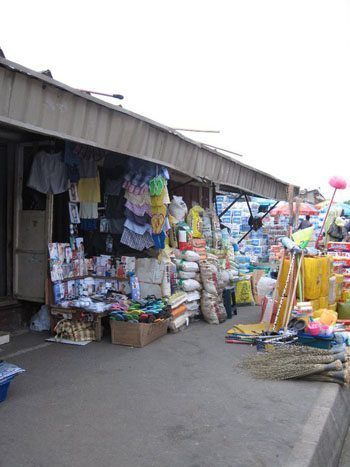 As the situation in the Ivory Coast draws to a predictably bloody conclusion, it seems worth asking– why did it take so long for the Western media to cotton on to the situation?

After all, the election that led to the original standoff occurred last November, and the country has been a powder keg ever since.  Indeed, this sort of conflict has been brewing in the once “model” nation for more like a decade, and yet unless you were a hardcore newshound, it’s likely that this wouldn’t have crossed your radar until Ouatarra’s troops staged their “lightning offensive” last week, when it finally managed to push Libya and Japan off what Charlie Brooker calls “number one in the news parade”.

Last week, I attended a lecture delivered by Dr Margee Ensign, President of the American University of Nigeria, on Rwanda.  The comparison might not seem immediately obvious, but bear with me, it’s worth reminding ourselves of what happened in that small nation 17 years ago, almost to the day.

In 100 days, beginning on April 6th, 1994, 1 million Tutsis, moderate Hutus and foreign nationals were murdered.  This was organised genocide on a scale unseen since the Holocaust, and surpassing even that in terms of statistics – 10,000 dead every day, 417 every hour, 7 every minute.  The supposed spark was the death of Hutu President Habyarimana after his plane was shot down when approaching Kigali. But as the massacre began, in a highly organised fashion, within half an hour of the plane crashing, the now widely accepted conclusion that this was no catalyst but part of the plan seems hard to refute. And “ethnic tension”, in the fantastic euphemism so often employed to describe the situation, had been festering in Rwanda ever since colonialism, and in the years leading up to the genocide, a combination of government policy and media collaboration made it inevitable.

The word “ethnic” deserves to be placed in scare quotes, because, according to Dr Ensign, Tutsis and Hutus are not ethnic groups, or tribes, they are one-time labels for socio-economic distinctions that were fluid before being categorised (in typically imperial fashion) by the colonial

Belgians in order to institute the usual policy of divide and rule.  The Hutu majority understandably rebelled against the ruling Tutsi minority after independence, and by this time, the divisions exacerbated and codified by the Belgians had ossified into uncrossable social and cultural frontiers.  By 1990, and the publication of the “Hutu Ten Commandments” that said it was incumbent on every Hutu to “kill the cockroaches” – ie. the Tutsis – and drive them all out of Rwanda, an ideology of hate had clearly taken over.  Anti-Tutsi propaganda was ubiquitous across all media.  Genocide was openly discussed in cabinet meetings.  Militia across the country were armed with AK47s and machetes with clear instructions to kill Tutsis.  Political moderates on the Hutu side were race traitors and deserved to die.  The existing system of ID cards meant that locating victims was easy.

The UN forces present in the country reported caches of weapons, and what they were intended for, in January 1994, but nothing was done.  Resistance from the Security Council was strong, and Bill Clinton said that the US (this is soon after the damaging incident in Somalia made famous by Black Hawk Down, remember) had no intention of getting involved in a country where his nation had “zero interests”.  Clinton has since said that if 5,000 peacekeepers had been sent, 500,000 lives could have been saved.   The US at the time instead lobbied for a complete withdrawal of UN troops, and refused to authorise use of the word “genocide” to describe the situation until almost June.  That term might have made UN intervention possible, hence the reluctance.   A CIA report in 1993 warned that such a mass killing was likely, but was ignored.

During the genocide, HIV positive Hutu prisoners were released under instruction to rape as many Tutsi women as they could.  Estimates place the number of women and children raped by both these men and the militias themselves at between 250,000 and 500,000 – almost every female survivor is believed to have suffered sexual violence of some sort or another.  Many in the Roman Catholic and Anglican churches cooperated in the genocide.  The French army remain accused of helping the Hutus, providing arms and advisors in the build up, and effectively creating a safe haven for many Hutu killers afterwards via Operation Turquoise.  Other European troops concentrated on escorting ex-pats out of the country, and did not stay to help the UN forces protect the innocent.

All in all, it was not the finest hour of the usually interventionist West, and hearing it all laid out in an air-conditioned lecture theatre in Abuja with a scattering of other Brits and Americans is enough to make you feel ashamed by association.  The purpose of the lecture is to outline the extraordinary advances, political, economic and social, that Rwanda has made since 1994, and what potential lessons there are there for Nigeria, and in Imihigo and gacaca there seem to be some potent answers.  But it’s hard not to dwell on the genocide itself, the self-confessed failure of the UN, and what it can tell us about today in broader terms.

One of the questions that followed inculcated this, and made the link in my mind with the Ivory Coast.  The West still does not care about Africa, was the thrust of the point – why is nothing being done in Cote d’Ivoire when everyone knows what will happen?  Why are there troops in Libya and not there?  Why is Mugabe left alone?  And this is a feeling I’ve come across repeatedly here – that if it happens between the Sahara and South Africa, the world doesn’t care.  And if it doesn’t involve oil, the world cares even less.

Of course, it’s more complicated than that – at least I hope it is.  As Dan Gardner so convincingly argues, the media follow established narratives, they like to have pre-made hooks on which to hang things so that they can sell it to us, the public.  And for our part, we like to things to fit, to make sense, and I suspect that half of Britain couldn’t point to the Ivory Coast on a map if you gave them a biscuit.  The Americans, in general, have been consistently proven to not even know where places like France or Australia are, so I think we can say that this is not a problem confined to our green and sceptred isle.

Libya, through location and timing as much as anything else, fits nicely into the pattern set recently by Tunisia and Egypt.  The smouldering desire for democracy fanned into flames with the help of modern technology and carried forth by the common man.  We’ll ignore the fact that Facebook doesn’t work in Libya, because “Facebook revolutions” sound good.  And there’s oil involved.  So when Benghazi is threatened, the UN steps in (under heavy pressure from Sarkozy who is deeply unpopular in his own country) to “prevent a massacre”.  Yet when 800 die in Dekoue on March 29th in “intercommunal violence”, nothing is done.  The Red Cross reports “bodies piled in the streets”, and these are by no means the first deaths in the country.  UN troops already on the ground focus on protecting foreign nationals, but again their hands are tied by a lack of mandate.

Is it because the Ivory Coast doesn’t fit?  After all, it’s not the sort of narrative that the modern news media knows how to pick up and cover, wall to wall, with embedded journalists and experts on hand, for every hour of the day.  The Ivory Coast is not a popular uprising communicated to the world through photogenic rallies captured on mobile phones.  If anything, it fits much more with the narratives of Sierra Leone, of Zimbabwe, of Somalia (and no one wants to see Josh Hartnett dragged through the streets again)… or, dare one say it, Rwanda. For the Ivory Coast has its own ideology of hate that has been propagated by Gbagbo, among others.  He, and other politicians, have demanded action to protect the “Ivoirite” nature of their country, and accused those in the north of not being real Ivorians.  This is one of the roots of the conflict that has finally come to the world’s attention.  1 million have fled, thousands have been killed, yet you would think it had started in the last week, not 6 months, or nearly ten years ago.

Of course, the Ivory Coast is nowhere near a Rwanda yet, or hopefully ever.  But to the Western media, and the Western mind, there’s no convenient narrative paradigm into which to insert these events, and so it remains destined to quickly disappear back into the hinterland of the little read pages in the centre of the newspaper, or the earnest discussions on Radio 4.  Once Gbagbo surrenders it will be gone.  The Sri Lankan Civil War is a useful parallel.  When I taught on this subject in a British university a few years ago, the vast majority of my (highly educated and politically minded, let us not forget) students had no idea that this was an extraordinarily vicious conflict that had been continuing for nigh on 20 years.  It was big news in the beginning, back when those young adults were children, but since then it had only occupied the odd column inch for the worst atrocity, or when M.I.A. said something controversial about the Tamil Tigers.  I wasn’t surprised they didn’t have a clue, although I was reassured by their shame.

I’m not saying that the media doesn’t care, or that we, the public don’t.  But have you noticed how the proliferation of news sources and information availability in recent years does not seem to have led to a similar proliferation in what the news organs proffer on their front pages (virtual and physical), or on half hour loops on the 24 hour news?  If you look hard enough, you can find out about anything you want, but in a busy life it’s easier just to accept what’s fed to you.  And rather than pursuing separate editorial policies or attempting to tell us as many of the important stories as they can, instead it seems that every website, every paper, every radio station and every news summary fall over themselves to tell us the same stories as all their fellows. In the same order.

I bet most people in the UK were aware of the house that looked like Hitler before they were about the situation in the Ivory Coast last week.  Many probably still don’t know much, if anything, about the latter.  Is that the sort of world, or the sort of country, we want to live in?