As any creative person will tell you, there are times when inspiration strikes and the work pours out as if it comes through you, not from you.

For poet, essayist and novelist Robert Graves this produced what he called Muse poetry, poetry that is ‘composed at the back of the mind; an unaccountable product of a trance in which the emotions of love, fear, anger, or grief are profoundly engaged, though at the same time powerfully disciplined.’

The quest for inspiration, poetic or otherwise, is central to contemporary Druidry where it is called awen. This Welsh word can be translated as flowing spirit and may ultimately derive from an Indo-European root meaning to blow. Awen is said to course through the universe like a benign electricity where it can be channelled by anyone into creative acts.

Druidry has also given us an increasingly popular way of depicting inspiration, the awen symbol: three rays of light descending from heaven. Or perhaps three drops of inspiration flying from the cauldron of Ceridwen, a witch who appears in the medieval Welsh story of Taliesin. 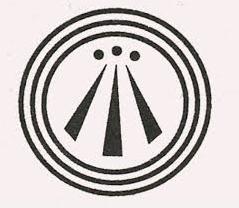 Though I live for those rare moments when inspiration calls I’ve never particularly warmed to the awen symbol. Perhaps it’s because of its unfortunate resemblance to a cricket stump (a game I despised having to play as a child), or to those uncanny Mason’s marks you see on old buildings. I find it too rectilinear and a bit too goddy. 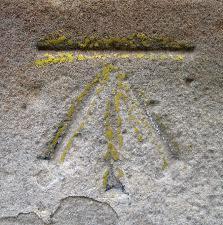 Indeed the symbol was the creation of Iolo Morgannwg (1747-1826), Welsh nationalist, Romantic, laudanum addict and master forger, whose own inspired writings laid the foundations of modern Druidry. Iolo saw Druidry as a kind of radicalised Christianity and I can’t help but think that in creating the symbol he was thinking of the Holy Spirit descending from on high.

Well, I prefer to think of inspiration – in as much as it is helpful to do so – as a triskele or triskelion, an ancient symbol often, though not exclusively, associated with the Celts. It’s a symbol for Brittany too, which is where I picked up this key-ring. 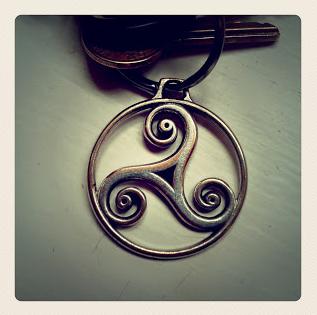 Triggers to the imagination

In the triskele, I see inspiration welling up from the centre rather than descending from on high. In its flowing curls I see waves surging round rocks, the unfurling of fronds, the lick of a flame, the leading edge of a cloud. I see ingress and egress, ebb and flow, a reaching out and a drawing back. Threeness is preserved but in the ever-moving shape of the equilateral triangle, itself a time-honoured symbol of the transcendent. 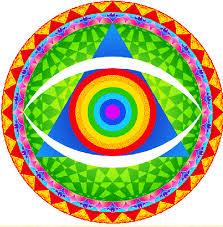 I think we often fall into the mistake of thinking that symbols mean something in an X equals Y kind of way. The first thing we ask of an unfamiliar symbol is ‘what does it mean?’ But if that were so symbols would be words and we wouldn’t need them. Symbols don’t mean anything; rather they are fecund triggers to the imagination that allow meaning to arise through their contemplation.

Either a symbol works for you or it doesn’t and all I’m expressing here is my personal preference. But for me the triskele is a more faithful representation of the experience of inspiration which comes as soft summer rain, never hard light through clouds. It always wells up unbidden and can never be invoked. The trick, then, is to make it good with craft – Graves’ ‘powerful discipline’ – before it ebbs away again.

About Andy Letcher 24 Articles
A writer and a folk musician, Andy is the author of 'Shroom: A Cultural History of the Magic Mushroom' and has published a range of articles and academic papers on subjects as diverse as psychedelics, paganism, bardism, environmental protest, fairies, shamanism and evolution. A modern day troubadour, he plays mandolin, writes songs, and fronts darkly crafted folk band, Telling the Bees. A leading exponent of the English Bagpipes, he plays for brythonic dancing in a trio called Wod.
Website