Let Loose the Orange Beast and Good Riddance to Capitalism

The age of Reagan reaches its apogee in Donald Trump. Now, bring on the fall.

[dropcap style=”font-size:100px; color:#992211;”]T[/dropcap]rump’s Great Tax Bill Robbery, ecological resource looting, and his bending to Cold War 2.0 expansionist agendas in behalf of the profiteers of US economic and militarist imperium.

Apropos: The financial elite and neocon imperialists are holding out hope that the Short-Fingered, Pot-Belly Orange Beast can be used in the same manner as their doddering, useful idiot Ronald Reagan was.

We are still in the Age Of Reagan, wherein the extreme wealth of the richest members of society has increased by exponential amounts, while, since the neoliberal era, which began under Jimmy Carter and has been applied on stilts and steroids by Reagan, Clinton, Bush the Lesser, and Obama, and now Trump, the wealth and security of the Middle Class, the labouring class, and the impoverished have plummeted to Third World levels. 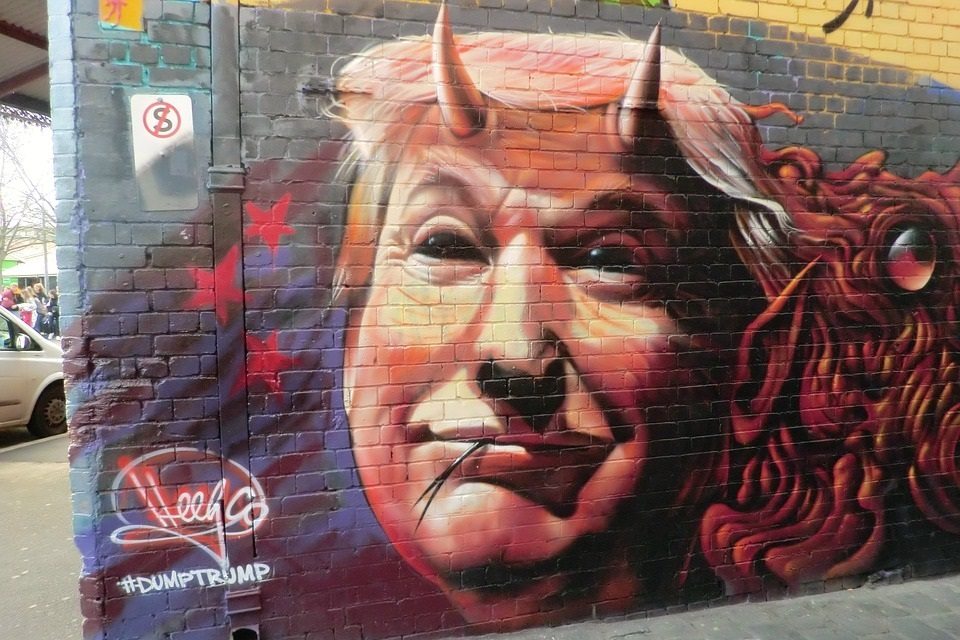 What we are looking at is: capitalism in its essential form, which, as Marx noted, carries the seeds of its own demise. And Trump is just the witless tool to cultivate the catastrophe. I say, let loose the Orange Beast. Good riddance to capitalism and its cabal of creepopaths, con men, and witless dupes.

Good riddance to it all. The trauma concomitant to conformity to a socio-cultural order can cause loss of the true self. The ego dons a mask for such an extended period of time it is regarded as oneself. In short, you become possessed…by a demon of expedience.

This is the daylight demon. Thus depression will come, and within its enclosing darkness your forsaken soul returns, vouchsafed in the womb of night.

Depression renders gazing upon the mask of the false self unbearable. The soul-defying admonitions of the daylight demon cannot be heeded. You feel so damn miserable you will risk shambling into the embrace of your essential nature. The pain inherent to the daylight world, inflicted by petty-minded judgement and soul-flaying expectation, cannot be worse than the crippling grief experienced by the heart mourning its lost self.

The night of grief will seem interminable. Yet a new morning will come…the sun will arrive as aeon and not as agent of usurpation. Once again, you will lounge beneath the spreading branches of an ancient oak tree, gazing upon the sun-suffused grasses of mid-morning, as the day lengthens before you, as sodden sorrow lifts and evaporates like mists of clinging dew.