[dropcap style=”font-size:100px; color:#992211;”]T[/dropcap]he work of Davin Kyle Knight is truly mesmerizing in that it is a direct result of his intentional reconfiguring of cameras, scanners and printers.

Unlike the intended products such devices are created to produce, Knight’s disassembly and reconfiguration of them lends to the mysterious creation of unpredictable imprints.

Upon completion of his graduate work at Claremont Graduate University in 2011, Knight wrote in his thesis that his works are “hybrids of object and image, dealing directly with the process of rearranging information. They are frenetic optical renderings of time, space, light, and motion.” 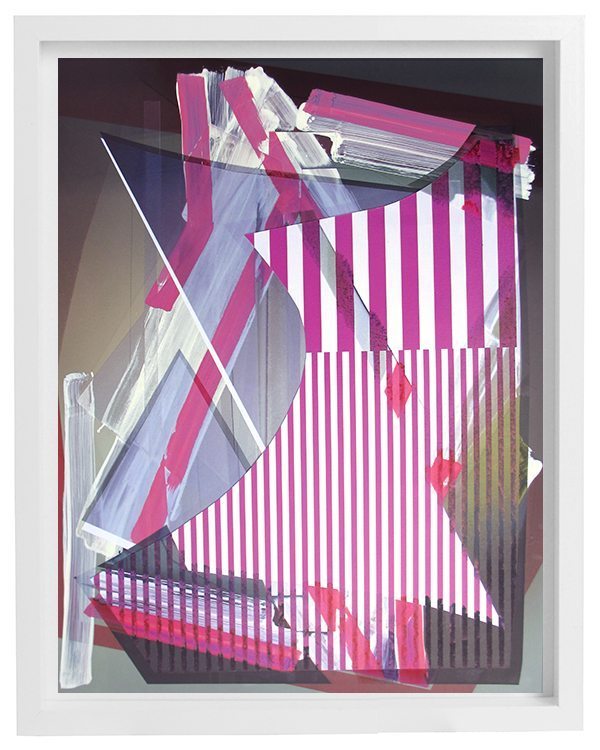 Much like an inventor who tinkers in a laboratory, Knight is an artist whose process is experimentation. “Rather than advancing along a trajectory toward an anticipated result, [his] work moves toward a future that is open, marked by contingency and unpredictability. [He] operate[s] under the assumption that what [he doesn’t] know is at least as valuable as anything [he] know[s], and likely more useful.”

Interesting to note, and a parallel that I cannot ignore, is the similarity between the efforts of Knight and the French amateur scientist Joseph Nicephore Niepce who, in 1816, made a simple adaption to the camera obscura. By substituting this tool’s ground glass with silver chloride paper, Niepce unintentionally introduced the world to the field of photography. 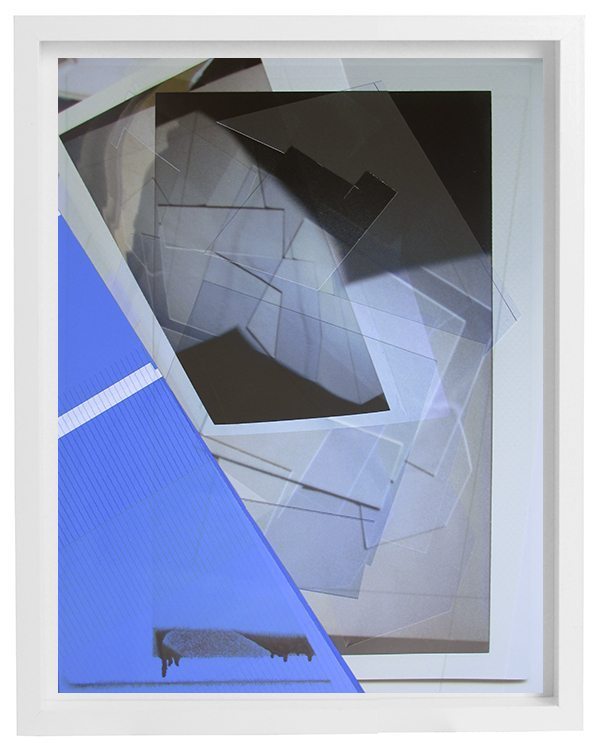 Hugh Casson further explains that, “unlike many other inventions, the photographic camera was merely an adaptation.” From what it appears, Niepce reconfigured the camera obscura for no other reason than to see what would come of his efforts. Of course, it wasn’t until the introduction of the gelatin dry plate in the 1880s that the photographic process began to encounter true advancements. But without Niepce’s interest in the inner workings of the camera obscura, there’s no telling when, how, or perhaps even if image replication would have come to fruition, at least not as we know it today.

What is to come of Knight’s efforts cannot be foretold. For now, we have his intriguing images, which not only document his efforts, but

“activate multiple readings of de-standardized cultural use. By hacking the history of abstract painting through a multitude of filtering processes, Knight’s images highlight the slow matriculation process that sees culture moving from the age of mechanical reproduction into an era of seamless re-mediation…. More importantly, however, are the many ways in which Knight’s art practice stands out as a significant project in helping us think about the problematic status of image making in the contemporary moment,”

as aptly expressed  in the press release for Proximate Mediations, a recent exhibition in which Knight’s work was featured.

Previous Story:
Searching out the Most Taboo Taboo. Any Guesses?

Next Story:
Got the time on yer, cock? Digital e-Skin display Developed