Counterfeit i : Mindfulness and Music

‘Dark’ music can be empowering because in listening to it, your mind is brought through some places that you may not go on your own.

Mindfulness is a state of active, open attention on the present.

When you’re mindful, you observe your thoughts and feelings from a distance, without judging them good or bad. Instead of letting your life pass you by, mindfulness means living in the moment and awakening to experience. – Psychology Today.

Trebuchet’s Kailas Elmer talks to Derek Allen of Counterfeit i about music and mental illness.

Tell me about Counterfeit i for people who aren’t familiar with your band?

Counterfeit i is a Chicago-based experimental band. I started it back in 2008 to be able to play and write about whatever I wanted to. We’ve released three albums so far, and are getting ready for our fourth, Still.

Over the course of each release what’s been the progression? 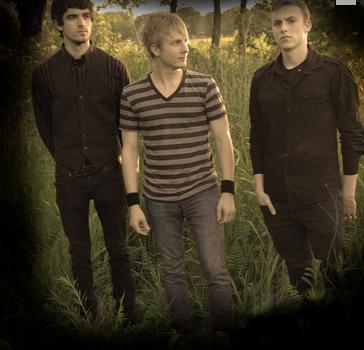 The first album, Circuitry, was a lot more straight-forward. Counterfeit i started as primarily an electronic rock/industrial band. The next release, Search Party, was more dense and mellow and conceptual. After that, A Glimpse, an Eclipse, returned to the heavier/noisier roots. It seems like I like to rotate between heavy and mellow sounds.

What prompted you to make THIS particular band?

I had just grown tired of playing in the normal rock/punk band. It was so limiting. And so was writing with other people. I couldn’t really express myself to the extent that I wanted to.

Was there anything in particular you couldn’t express?

Yeah, any kind of political or moral stances that the other guys didn’t back. The biggest thing though, was the nature of the music. I felt like the music wasn’t really reflecting the lyrics I was writing, and I couldn’t find anyone that wanted to experiment with stuff as much as I did.

How would the ideal Counterfeit i experience (recorded or live) play out?

I would like it if people would just let down their guards and ideas of what music “should be” and just soak in the music. I want people to be able to find their own relief in the sounds.

Can you explain a bit more what the process/system through which people can ‘find their own relief’ in the sounds?

I think that it’s just letting the music take you for a ride. ‘Dark’ music can be empowering because in listening to it, your mind is brought through some places that you may not go on your own. You learn things about yourself and can let go of negativity. That’s how it’s worked for me, at least.

make is to help

Your recent EP Still has been made to help people with depression. How do you think it’ll help and how did you record to have this functional aim?

Well, almost everything I make is to help with depression and other mental illnesses. I think because they’re so prevalent here in America. My favorite bands were always the ones that expressed these dark emotions, because I could relate and have a sort-of catharsis, you know? It’s always been relieving and relaxing for me to listen to other people trying to vent out all these negative emotions.

I think it helps because people with depression and other mental illnesses will be able to relate. This EP was made totally off-the-cuff. Most of it was just started with improv and then building off of that. I feel like that has made it more “real” and “emotional” than my other releases. It’s also less anxious and fast, and more soothing and calming, I think.

What made you want to make this record now?

I started working on it after some various things happened in my life. I was really depressed and lonely and the music just kind of flowed out of me. It has a sort of bittersweet quality, I think. Like it’s addressing this sadness, but looking forward on better days. As with all of my records, it was made to speak to people who are in the same position I was.

You suffer from depression yourself. Has music helped you?

Music has helped me more than anything else has. I’ve tried a lot of different ways to cope, but for me, the best way to deal with depression and anxiety, etc. has always been music.

How have you tried to manage your depression?

I’ve done all of the typical stuff. Medication, meditation, exercise, art. Medication has never really helped me. It’s either made me a total zombie or given me unmanageable side-effects. Meditation helps more with my anxiety, it doesn’t really change my depression much. Exercise and art are the two main strategies I have that work the best.

When did you first hear about Mindfulness?

I believe it was when I was in therapy a few years back.

You said you use Mindfulness before a show, what does that do?

It calms my nerves. It allows me to be in the moment and enjoy myself, rather than worrying about mistakes or anything else that can go wrong.

Describe Mindfulness to people, talking about how it works for you.

Since my mind is usually so hyper-focused and obsessive, I practice mindfulness by trying to focus on my senses. What I’m hearing, seeing, etc. I’ve found that by doing this, my mind slows down a bit and I pay less attention to what I’m thinking and worrying about. My mind shifts focus to the external. It just helps me to exist here and now.

How does it help you in your daily life?

It helps me stay and focused and get stuff done. Sometimes I have a hard time with that because I’m always so worried, which tends to take you out of the present and into the future. Mindfulness kind of reels me back in.

Does Mindfulness inform the music you make?

Probably to an extent, yes. But most of the music I make is informed by some kind of negative emotion or thought. It’s my way of letting go. Although, I think to write music you have to be in some sort of mindful, focused state.

Does Mindfulness help the creative process?

Definitely. Sometimes when creating, you can get caught up in what the work will be and how people will perceive it. That can lead you down a really bad path. When this happens I have to stop and take a breath and try to focus on what the work is now and just let it happen.

Can you give us an example with one of your songs that this helped with – so that we can have a deeper understanding of your process?

I think “Freudian” was like that. I had some trouble writing the second half of that one. I got so down on myself concerning what I had written and had no idea where the song would or should go. Eventually, I erased what I had for the second half, grabbed my guitar, played along to the first part, and when that part was over I kept on playing, trying not to think too much.

Within a few hours, I believe, I had the rest of it sketched out. I think I did the same thing with “Generic” and “The Dissipation/Nil” as well.

Who would you recommend Mindfulness to?

I think absolutely everyone can benefit from Mindfulness. We’re so caught up in this obsession with motion and progress and that leaves us with no time to be in the moment.

How important do you think it is that Mindfulness seems to step outside the diagnosis – medication system?

While I think it’s a great tool for people struggling with mental illness, I think I would like to see it become a little more common as I think it can help everyone.

What does the future hold for you and the band; touring?  More recording?

We’re just playing out and touring as much as possible. We will have plenty of summer dates in the US.