A new computational model reveals that serotonin, one of the most widespread chemicals in the brain, can speed up learning.

[dropcap style=”fontsize:100px;color:#992211;”]S[/dropcap]erotonin is thought to mediate communications between neural cells and play an essential role in functional, and dysfunctional, cognition. For a long time, serotonin has been recognised as a major target of antidepressants (SSRIs) that are used to treat various psychiatric conditions, such as depression, obsessive compulsive disorder and forms of anxiety. However, serotonin in humans, and other animals, is associated with a bewildering variety of aspects of cognition and decision-making, including punishment, reward and patience.

A new computational model designed by researchers at UCL based on data from the Champalimaud Centre for the Unknown reveals that serotonin, one of the most widespread chemicals in the brain, can speed up learning. The new results, published in Nature Communications, provide additional illumination. In the article, Kiyohito Iigaya and Peter Dayan at Gatsby Computational Neuroscience Unit and the Max Planck UCL Centre for Computational Psychiatry and Ageing Research at UCL, analysed data collected by their collaborators, Madalena Fonseca and Masayoshi Murakami, led by Zachary Mainen at the Champalimaud Centre for Unknown in Portugal.

In the experiments, mice were trained to choose one of the two targets to receive water rewards. Mice continually had to learn which of the targets was more rewarding, as the reward rates changed without warning. Crucially, sometimes serotonin release in the brain was temporarily boosted in mice with genetically modified serotonin neurons by a technique called optogenetics, allowing the effects of serotonin on learning to be assessed. 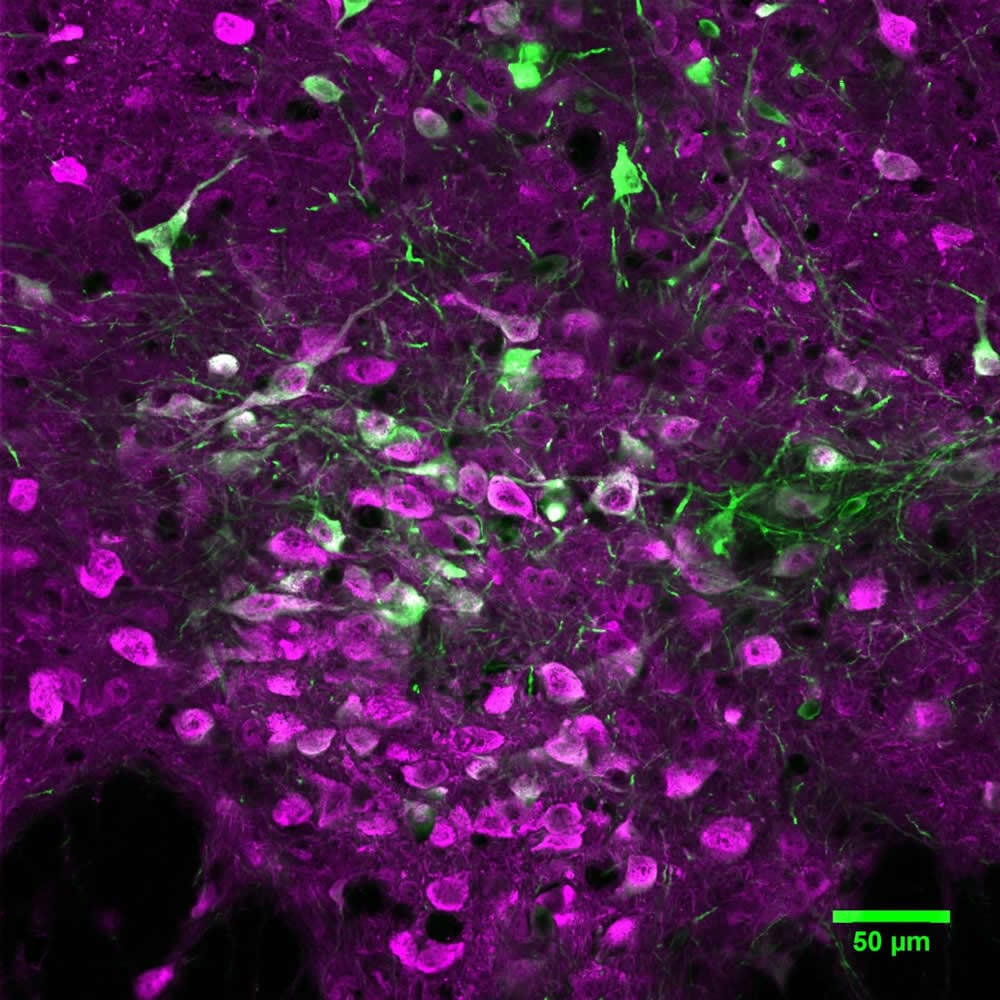 The authors also found that when mice made decisions in very quick succession, they followed a simple strategy called ‘win-stay lose-switch’, in which they repeated a choice if it had just been rewarded, and switched to the other choice if it had not been rewarded. Serotonin stimulation did not affect these fast choices. However, on subset of trials, when animals acted slowly and took a long time in-between trials, their decisions did not follow the simple win-stay lose-switch rule. Instead, the mice made decisions based on a longer history of rewards, which was well-characterized by a reinforcement learning account. Serotonin stimulation only affected this slow learning system.

Importantly, the authors found that this slow system tracked reward outcomes every trial, even when the choices were made by the fast, win-stay lose-switch, system. Thus, the effects of the serotonin stimulation to boost the slow system became apparent only occasionally, when the animals spent a long time before making decisions. The authors believe that the way that multiple decision-systems mask each other might explain why scientists have had difficulty in constructing a comprehensive theory as to how serotonin affects learning and decision-making.

The authors conclude: “Our results suggest that serotonin boosts [brain] plasticity by influencing the rate of learning. This resonates, for instance, with the fact that treatment with an SSRI can be more effective when combined with so-called cognitive behavioral therapy, which encourages the breaking of habits in patients.”

Substantial clinical research shows that SSRI treatment is often most effective if combined with cognitive behavioural therapy (CBT). The goal of CBT is to change maladaptive thinking and behaviour actively, through sessions that are designed for patients to (re)learn their way to think and behave. However, scientists have had limited understanding of how and why SSRIs and CBT work together for treatments. The new findings point to a possible functional link between the two, with serotonin boosting the learning inherent to CBT, providing clues as to one of the roles that this neuromodulator plays in the treatment of psychiatric disorders.