‘symphonic black metal, with a leaning towards melodic death’. Chthonic’s album Bu Tik ticks all the extremist boxes. Some of it’s even in Taiwanese. 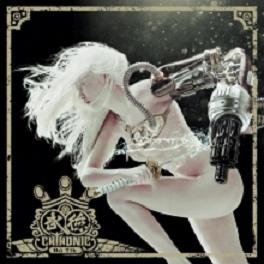 [dropcap style=”font-size:100px; color:#992211;”]I[/dropcap]n the current era of economic despair, seemingly endless and pointless wars, religious hyperbole and the potential self destruction of our planet, it’s easy to forget that as a race we’ve probably never been more prosperous, free and enlightened.

Chthonic have spent their past six albums working hard to inform us of our current comfort by singing about the often tragic history of their native Taiwan. Bú-Tik is no different, based as it is around the events of the 228 Massacre, Bú-Tik Palace and the Mirror of Retribution.

According to Chthonic themselves, “the songs describe the righteous violence and justifiable defence surrounding these historical events.” But you won’t really know this unless you have a keen ear, or pull out the lyric sheet and get reading.

Chthonic peddle a strain of symphonic black metal, with a leaning towards melodic death, that bears many hallmarks of the genre, including the screeched vocals favoured by many. Well, that’s not entirely true, there are plenty of more deathly/thrashy inspired vocal passages with a much deeper tone and this alludes to how Chthonic have managed to set themselves slightly apart from the rest of a pack that seem to be intent on disregarding anything but Emperor and Dimmu Borgir when it comes to influences.

Only those ‘kvlt’ and ‘tr00’ enough, and that are willing to try hard to get into it, should be able to fully experience the message, the joy (!?) and the thrilling, visceral power of this subterranean corner of the heavy metal world. Yeah, whatever. Be warned, some of the lyrics are in Taiwanese, so good luck.

To be fair the vocals aren’t that hard to pick out – relatively speaking.

Opening track proper “Supreme Pain For The Tyrant” is what you might expect from a symphonic black metal band. The guitars are fast and relentless, the drums pound out the blastbeats, the symphonic bit provides a contrasting background, and then the song ends with a few phrases from an oriental stringed instrument.

One of the defining points about Chthonic is their use of native Taiwanese instruments to colour the metal onslaught. But on Bú-Tik they don’t seem to do this nearly often, or loudly, enough to really make a feature of it and set themselves apart. Which is a shame, because when they do bring this element to fore it really provides a different atmosphere and the sound becomes their own, rather than just a re-hash of what others have done before.

The song “Rage of My Sword” is a case in point. It starts with what must be an oriental bagpipe, which then crops up in key locations through the song, giving us something different and exciting to ‘bang along to. “Resurrection Pyre” is probably the best example of how this approach can pay dividends in the originality and interest stakes, but again doesn’t quite take it far enough or make it a big enough feature.

This same restrained approach to utilising their key differentiator was evident on previous album Takasago Army, although slightly more use was made on that record.

“Sail Into The Sunset’s Fire”, exhibits a willingness to introduce variety, particularly with the guitar riffing, and shows how Chthonic have overcome their geographic difficulties to make an impact in Europe and the US through the use of great riffs. Some of the guitar passages on “Next Republic”, and “Between Silence And Death” have a strong modern thrash leaning and would have had a place on any of the recent Testament albums if Eric Peterson had conjured them.

“Set Fire To The Island” mixes up the thrash and black metal effortlessly and pounds along triumphantly, blast beats and all.

The skill with any symphonic black metal is the melding of the metal with the symphonic. Quite often Chthonic don’t quite pull this off and the symphonic bit, rather than adding to the songs or taking over as the main focus, seems to distract slightly. It’s not as bombastic as on, say, an Emperor album, so it doesn’t detract from the overall feel of the album too much, and on the whole is used well. But it’s just not a gold standard example of how to do it.

“Defenders of Bú-Tik Palace” does show a slight experimental leaning in the oriental instrument stakes, but in such tantalisingly small doses you’d be forgiven for not noticing. It does include a bit of clean female vocals sung in Taiwanese which you won’t be able to miss towards the climax of the tune. This song is undoubtedly the album highlight, and all of the elements present on the rest of the album are combined in a way that works extremely well. There’s a big guitar lead break, a slower mid-section and orchestration that meshes well with the pounding riffs.

Overall Bú-Tik is a solid slab of modern extreme metal that will please fans of the black and melo death brigade. Where it falls down slightly is the lack of follow-through on some potentially great ideas that would really set Chthonic apart, notably the use of native Taiwanese instruments. Maybe they’re trying to (just about) keep themselves within the relatively strict traditional boundaries of symphonic black metal, but this is 2013, the purists are a dying breed, sales are down and bands need to take a few risks to come out ahead of the pack.

Chthonic have the makings of something more original and worthwhile than most, if only they realised it and went for it properly. And I didn’t even mention bassist Doris Yeh being an actual supermodel….

Damn.
This is a review of Chthonic, and their album Bu Tik, by Chthonic.

Out on June 3rd via Spinefarm Records 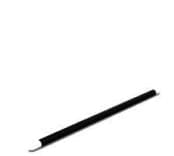