This is the first time I’ve seen bras thrown at the band; you don’t get that at prog gigs.

[dropcap style=”font-size:100px; color:#992211;”]R[/dropcap]eading’s Sub89 has established a reputation as a metal venue, with bands as diverse as Sonata Arctica, Turisas and Napalm Death crashing the boards there.

Tonight was the turn of Fozzy and Breed 77.

Openers Voodoo Vegas played some old school twin lead guitar hard rock. It was good to see a hard rock band with a woman in a role other than lead singer, in the form of lead guitarist Meryl Hamilton. The band started out as a five-piece, before being joined by a keyboard player adding some Hammond organ to the sound half-way through their short but sweet set.

[quote]This is the first

thrown at the band;

you don’t get that

Special guests Breed 77 hail from Gibraltar, and describe themselves as a cross between alternative metal and flamenco. That description seems to fit their music well. The flamenco influence was more apparent in the vocals than the guitars, although I guess metal shredding has always owed a bit of debt to flamenco in its flashy showing-off. They combined some brutally heavy riffs with a degree of light and shade, and a surprising amount of melody.

Now-departed frontman Paul Isola’s vocals mixed metal screaming with cleaner vocals that showed the flamenco influence, plus the occasional moment of eastern-style chanting. Visually he reminded me a little of  Henry Rollins, and he knows how to work a crowd. This is the first time I’ve seen bras thrown at the band; you don’t get that at prog gigs. 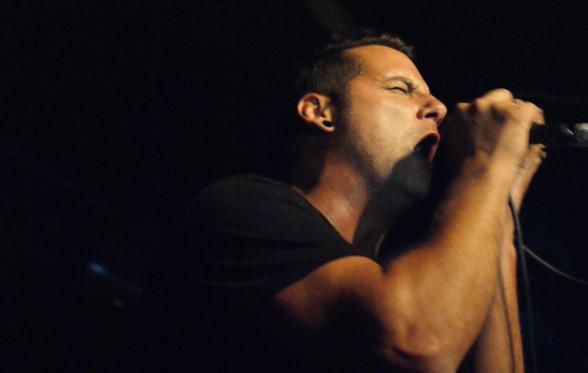 They dedicated the title track of their 2008 album Insects to the Tories and the “Fascist government of Spain”, and were joined on stage by vocalist Rui Lopez, who will be replacing Isola as the band’s frontman. 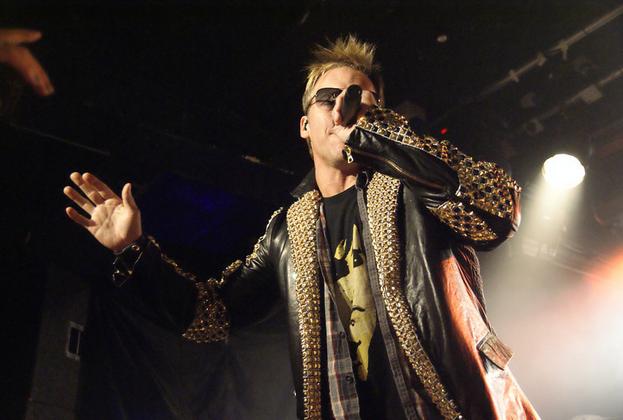 Here was a band that know all about showmanship, and Chris Jericho had the enthusiastic crowd eating out of his hand right from the beginning. Drawing heavily from their most recent album Sin and Bones, their hook-laden music does nothing spectacularly original, but that hardly mattered.

Even if it doesn’t inspire you to rush out and buy all their records, Fozzy put on a very, very good show.

The contrasting styles of the three bands made for a great metal night. Best line of the evening came from Breed 77’s Paul Isola: “Reading, you’re even better than Stourbridge”.

A reminder that the best live music often takes place outside the big cities.