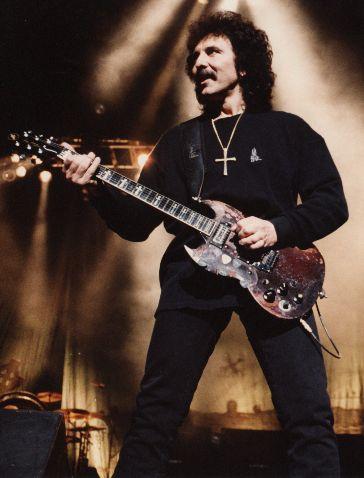 Very little to go on here, but the breaking news on Black Sabbath's Facebook page is that Tony Iommi is suffering from 'lymphoma'. Whether or not this refers to the condition Hodgkin's Lymphoma or not is not made clear. Lymphoma, both Hodgkin's and non-Hodgkin's, refers to a cancer of the lymphocytes, part of the body's immune system. Depending on the type and stage of the condition, it can be curable. The statement is as follows:

With the news that Black Sabbath’s Tony Iommi has been diagnosed with the early stages of lymphoma, his bandmates would like everyone to send positive vibes to the guitarist at this time. Iommi is currently working with his doctors to establish the best treatment plan–the “IRON MAN” of Rock & Roll remains upbeat and determined to make a full and successful recovery.

This comes as Black Sabbath–Ozzy Osbourne (vocals), Tony Iommi (guitar), Geezer Butler (bass) and Bill Ward (drums)–are writing and recording their first album in 33 years in Los Angeles (still set for release this fall) with producer Rick Rubin. They will now go to the UK to continue to work with Tony. Further information will be released as it becomes available.