Something Slinky This Way Prowls: The Birthday Massacre, Live

Bouncing, thrashing and panty-flashing with The Birthday Massacre

In they strode on their festive ‘Under Your Spell’ tour, hauling a further three (count them –  1,2,3) acts upon their crimson-lined coat tails for a darkly dark yet gaily energetic (dare I say slightly titillating) show. Methinks it was just the very gravely treat to get things nicely moistened on the run up to Halloween and Day of the Dead.

Ah what dastardly trickery! Die Kur mystified, Esprit D’Air electrified and Lesbian Bed Death disappointed (sadface hashtag bollocks). Some shows just need a top and tail, chop-chop-chop. Fear thee not though, for The Birthday Massacre brought forth the party. Nobody needed to kill the lights, as being Islington, the lights were already dead. TBM stepped in the dark, from out of the cabinet Dr Chibi whipped out her electrodes, changed the mood from grey to blue and like a death destroyer, captured the storm and made things bigger than life. 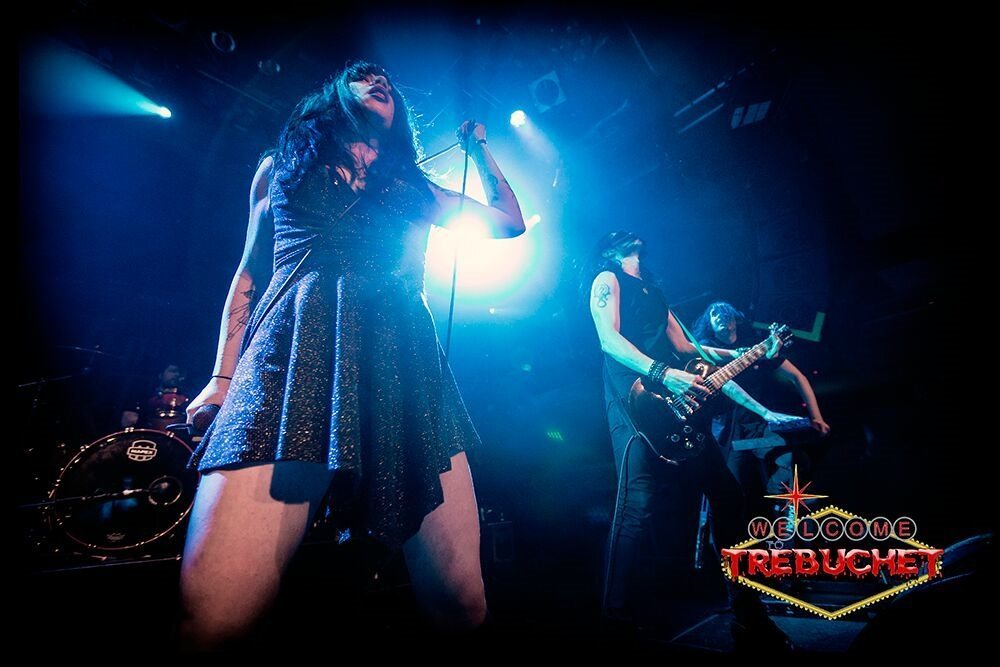 With new songs and old, bouncing, thrashing and panty flashing, TBM did jolt the assembled Goth and Metal collective into one huge high voltage eye liner-smearing monster mash. The lesbians may have withered and died but the show had been given fresh breath, a thrust of au/oral stimulation and was alive, ALIVE!

Hold fast, we stepped over the corpses far too quickly. Back to Esprit D’Air for a second, who proved to be a force to be reckoned with. They gave a blistering set and we loved them for it. We know they are prepping for a tour in February 2018 but we did wonder what they had to say about the show. We uncased the Ouija board and asked.

“We loved it. The audience was so supportive and responsive, even though we sing in another language. The Birthday Massacre are awesome, and it’s an honour to share the stage with them. We would do it again, and again”.

Upon a plate like a bloody resting steak you have it, The Birthday Massacre were indeed as they always are, awesome. Verily, Esprit D’Air were also awesome. Die Kur were strange whilst Lesbian Bed Death left the peasants revolting.

In closing I would like to say fare-thee-well to the ultra-fabulous and talented RoseNoir Photography, with whom we shared this show of mixed emotion. Back to Milan, and to be very sadly missed – always a joy to jostle and bounce off in the pits.

Next Story:
Don’t Throw Stones! Inside the Smart Solar Greenhouse