Intentions of making it through Lesotho before the snows came have come to naught. 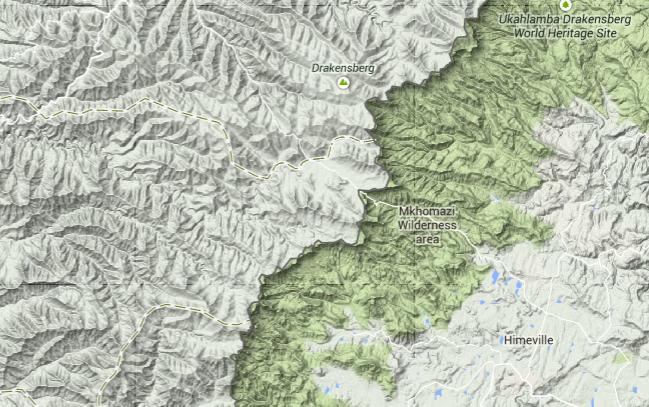 That’s about 47 kilometres per day, though that average could be higher if it weren’t for some extra days of rest with various hosts from Couch Surfing and Warm Showers.

It’s taken much longer than I’d initially planned, and my intentions of making it through Lesotho before the snows came have come to naught. The best laid plans of mice and men…. I guess.

To be fair, the snows have come to the mountain kingdom much earlier than normal, but I never would have made it regardless. Cape Town to Port Elizabeth marked the first third of the journey, and I naively thought I’d be able to make it in two weeks. Two weeks, however, have quickly stretched into four, and a trip initially planned for six weeks is ballooning into a three month saga.

Like a weapons program unsupervised, this project is sucking away time and money, but I’ve gone too far to quit now.

So from Port Elizabeth, I turn north. This is the truly masochistic section of my ride and one that I am both looking forward to and dreading with my entire being. From the coast, I will climb to over 3000 meters above sea level, winding my way up through the Winterberge and Stormberg ranges, mere foothills to the towering heights of the Drakensberg Mountains, the teeth of the dragon that separate me from the highveld and the final third of my journey.

It is, quite literally, all uphill from here.

And I’m still not quite sure what has prompted all of this. Others have asked me, “Why not cycle along the coast and up through Mozambique?” I’ve heard the coast is beautiful, with sandy beaches warmed by the Benguela Current drawn from the Indian Ocean’s equatorial waters.

But even with the difficulty of several thousand more kilometres, that trip would just be too easy, and thus, it’s not for me. Even at the age of 28, there’s still something to prove. Not to anyone else particularly, as I’m not sure who I’d be trying to impress.

[quote]I’ve never been an adrenaline junkie,

but I’m starting to understand the

mentality that goes into finding that

next peak higher, that next gear

Instead, it’s me. It’s all for me. There’s some critic hidden inside of me that’s demanded more and more and isn’t too impressed by any of my former travels and experiences.

“An iron ore train through the Mauritanian desert?” he says’ “Call me when you’ve spent 80 days with the salt caravans crossing the Sahara. Border posts in Cote d’Ivoire’s Wild West? Yawn. I hear Kashmir is where the fun really is.”

Because these stories and experiences have been lived by me, they fail to impress, and I often overlook how adventurous they actually are. Instead, I devour stories of others’ adventures, their experiences, the crazy things they’ve done, and I want more. I want to bike up and over the mountains. I want to struggle in the thin mountain air and fight it out in the Pass of the Jackals. It’s only in the challenges and the suffering that I feel truly alive, and I don’t know why that is or if it will ever go away.

I meet South Africans who hear my story and their first reaction is typically, “What possessed you? That takes some courage and strength.” But it doesn’t. It just takes getting on the bike. Some construe that as humility, but every day that I’m riding is just another day in the saddle. Clipping off seventy-five, eighty, ninety kilometers is something that is steadily becoming more and more routine, as innate as breathing, and just something that powers me through some of the most stunning scenery I’ve ever encountered.

And I’m beginning to wonder if I’ll appreciate this climb after the fact. When I finally hit the Monontsa Pass and descend out of the mountain kingdom, will I truly think, “That was an accomplishment,” or will I turn back to the mountain, shrug it off and think, “I wonder where the next challenge lies?”

I’ve never been an adrenaline junkie, but I’m starting to understand the mentality that goes into finding that next peak higher, that next gear faster, that depth unplumbed. I don’t know if it ever ends, or if once you get a taste of adventure, you’re left searching for the next great thing.

I’m not sure, but for now, all roads point north.

Next Story:
What is Fun, and Why Do We Need It?