Austra have unveiled a video for their next single Lose It, which is released on May 9th. The video was filmed in New York by M Blash and you can watch it here: http://www.youtube.com/watch?v=8LJtMrhb558

Lose It is the second track taken from the Toronto band’s forthcoming debut album, Feel It Break (May 16th), and will be available via digital download (RUG408D) and on limited edition numbered 7” vinyl (RUG408).

Austra can also announce UK and Irish dates for July including a show at Cargo in London on July 7th. They have also confirmed to perform at the Electric Picnic festival in Ireland, with more festivals TBA. Full dates are as follows:

Austra is the brainchild of Canadian born Katie Stelmanis, who with drummer Maya Postepski and bassist Dorian Wolf have a created a dark, danceable masterpiece suitable for both ritual incantations and clubs; an album hearkening back to the sleazier side of New Wave but still rooted in Stelmanis’ classical and operatic upbringing.

‘Feel It Break sets her remarkable vocal – reminiscent of Kate Bush, in both the fullness of its delivery and in Stelmanis’ taste for florid melodrama – amid a set of pneumatic club tracks’ – Uncut – 4*

‘Austra’s melodies are spine-tinglingly sensual; their robo-rhythmic thrust commands listeners to hot-foot it to the nearest dance floor’ – Metro – Ones To Watch 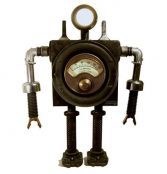