In 2011 her record became the feverish cultural focus normally reserved for middle age parties and the hint of a joint. We loved it. Everyone loved it. It felt all-encompassing, it ‘changed’ everything.

Two years later and we have a new album from the full mouthed belter entitled One Breath. It has a broader sweep than the previous record with less focus on tormented guitar and cartharsis experimentation, and songwriting takes a stronger lead.

‘Piece by Piece’ shows elements of folktronic repetition with a wildness reminiscent of tUnE-yArDs, while answering machine vocals coast through the track. The vogueish (though midly passé) elements of afrobeat in ‘Piece by Piece’ have a lovely elemental trace in New York and New Wave, but as with all material on this sublime record, Calvi thrashes her inspirations into unique statements.

Where the first record

was a perfect accompaniment

Fans of her signature vocals might be initially put out by the lack of the bright blast that dominated her earlier material. On One Breath Calvia is exploring less direct material, less brash and sure, using a wide palette of emotion and meaning to convey transition.

In the run of press leading to this release the idea of transition is one that Calvi herself has repeated and emphasised. Where does this come from? You can hear the miles of the tour bus passing underneath these tracks as she sings ‘One Breath’ using Bowiesque vocal harmonies as analogue dissonance dissolves softly into strings. Calvi is making good music that has a maturity, containing musical satisfaction and emotional depth.

For devout music lovers this record will feel like a healing musical breeze in an otherwise backward looking sea of sound-alike releases and hype.  She’s obviously at home on Domino records, an underground powerhouse that, celebrating 20 years, is still on the upward swing of import. However One Breath, with its cinematic atmosphere, literate yearning, and visceral attitude feels like a golden era 4AD record.

Calvi’s press statements are to the effect that she’s charting the area before a decision has been reached, the tension before the release, and as such the album is a tease.  Conceptually then, One Breath is a prequel to the passionate gush of her debut, a cinematic travail through backstreets, with wood block phrases keeping the beat. ‘Carry Me Over’ is the most instantly engaging track on the album drawing us into a complete world of John Barryesque intrigue. 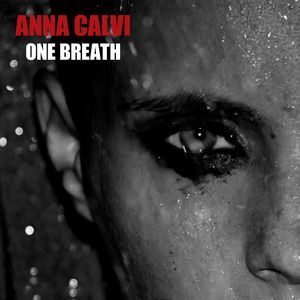 Of the many highlights here a delightful over the top moment can be found in ‘Love of my Life’; which gives the hand-wringing fan the whiff of feathers and leather that keeps ’em pressed together (as a stormy guitar solo blasts out over the shoulder).

But such wild moments are rarer here. Tracks like ‘Bleed Into Me’ with its muted instrumentation and vocal call/response cast a placid spell before climaxing with direct suggestions such as ‘go deeper, deeper, deeper’ and the layering of resplendent ‘ooooohs’. It’s sexual stuff of the heaviest mascara and the teenagiest longing, a hand written note telling us that only the stuff we have grows old.

The final track on the album ‘The Bridge’ is an airy choral piece that drifts in and out magically and, characteristic of Calvi, contains nods to 1940s modern classical and exoticism but with a modern twist. Most spectacularly in the this case are the echoes of the drone work of Simon Scott.

One Breath is a beautiful but distant record that lacks a real life analogue to play it to. Where the first record was a perfect accompaniment to revenge sex, violent cooking, operatic vacuuming and soaring self-pity, the follow up describes quieter times. Expectant and melancholy, this album is a success and most touching when appreciated outside of your own life, deep in the mystique of Calvi’s unmissable voice and away into the music.