The Vatican: Why Should An NGO Have a UN Seat?

Why does a Non Governmental Organisation have UN status as Nonmember State Permanent Observer?

It participates as a state actor, within the United Nations, even though it is not actually a nation state. This NGO is the Holy See. The Catholic Church.

I will admit that, while I was a born and raised a Catholic, I don’t believe in their version of God. This means that I am probably fairly skeptical about the idea that this church was built on the instructions of some divine being. I think most reasonable person would be forced to admit, that at present there is no actual evidence which supports this particular view of the meaning of life, over anyone else’s version. No matter how staunch their belief.> 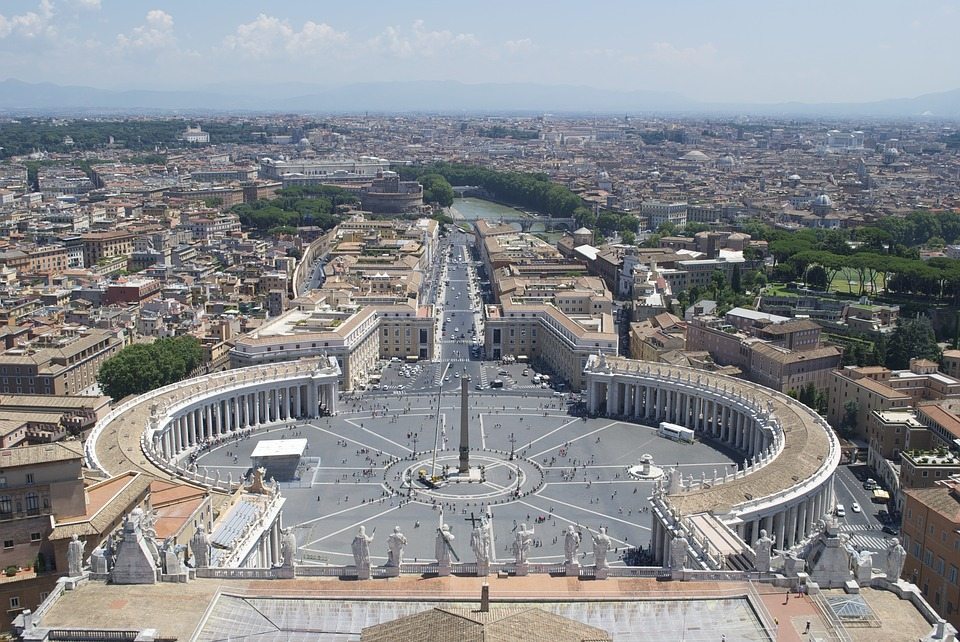 But a position on the UN, equivalent to a nation state? That is power. Real power. When that power is combined with the power of the Church as an aid/healthcare/education provider – then there is more power. Not just power within their church, but power over a lot of people who may, or may not, share the view that this organisation is the one chosen by God, to spread His word.

The nation state of the Vatican is actually an entirely male ‘state’ of about 1000 people. Does this entitle them to a position as nonmember state permanent observer?

If we are giving a position on the UN which is equivalent to that of a nation state, then surely it isn’t enough that its members believe that they are spreading the word of god- surely there has to be some kind of accountability? That seems straightforward – accountability – monitor the way that power is used, keep an eye on other actions of that particular organisation, ensure that there is actual evidence to support their role as moral guardian for the world?

If such an organisation, say, deliberately covered up child abuse on a worldwide scale, (as recently in Ireland), or exerted undue influence on, say, abortion rights (also, recently, in Ireland) – should that compromise their right to hold such a coveted position?

What about if an NGO held this coveted position? A position that no other NGO shares. What if this NGO was implicated in colluding with genocide? Is collusion in genocide, AND covering up child abuse on a worldwide scale AND influencing parliamentary process re. abortion enough to undermine an NGO’s privileged position as moral guardian of the world?

Maybe its unfair to expect an organisation to be assessed on the basis of its actions outside an arena like the UN, if we are talking about questioning their role within it. Surely though, it’s ok to assess the way they have used their power within that role?

What if, during a time when an entire continent is being decimated by a virus, an organisation used its considerable power within the UN to hinder the promotion of the one thing which could help people protect themselves against that virus? What if that virus caused more deaths than all genocides added together? Should the stance of an NGO, which places its own views of sexual morality over allowing people to protect themselves from death, be enough to warrant at least some consideration of the wisdom of that power being retained?

Or if the NGO continually pursued an agenda against contraceptives and women’s reproductive freedom, which can demonstrably be shown to cost thousands of women’s lives? Surely, at that point, someone should be questioning the right of that NGO to hold such a privileged position?

If collusion in genocide, pursuing an agenda which contributes to hundreds of thousands of deaths, abusing children, and doing everything in its considerable power to cover up that abuse, is not enough to prompt questions about an NGO’s right to dictate morality to the world, then what is?

Previous Story:
Abuse, Song, and MS: Laughing at The Doug Anthony All Stars