Tito Mojito and the Wealth of Nations

Work all day, work all night, and study into the wee hours of the morning. In a country like Zimbabwe, you do what you have to do

We had 150 people in the bar for a Bacardi promotional night (something I never would have expected in Zimbabwe, to be honest). Of course, alcohol promotions mean free booze. Three people making free cocktails for 150, well, that just spells chaos.

Luckily, we had Tito Mojito on our side.

Tito is a young, black Zimbabwean; soft-spoken, baby-faced and gentle. I thought he would get eaten alive by the crowd. Instead, he held his own and rocked the house.

[quote] The tiny country, only 12 million

and brain drain than many African

Tito works two jobs. By day, he’s a shop assistant. At night, he’s working bar. He does this nearly every day of the week. Some nights are easier than others, but the nature of the Zimbabwean bar is that you don’t go home until everyone else has gone home. The clubs don’t ring a bell. They pubs don’t call time. You’re there until you’re finished, or until everyone else is.

It means you have no real idea when you’ll drag yourself through the door and into bed. This one took us from four in the afternoon, when we arrived at a bar literally still under construction, until about one in the morning.

I think I’m officially getting too old for this.

Tito handled it like a pro. He had to. We had four cocktails on offer, but far and away the most popular was the mojito. I have no idea why. Any time there’s a mojito on offer, it’s instantly one of the most popular, even if it’s badly made. Considering we ran out of sugar towards the end of the night, these could’ve been better. I guess by eleven in the evening, you’re no longer there for the taste.

Tito’s a mojito specialist. The woman running the show, Di, has known it from the first gig she ever did with him. I suspect that’s why she put the drinks on the menu. Since I hate making mojitos, I delegated all of mine to Tito. He delegated me everything else. At times, he’d have ten to fifteen drinks in front of him, running an assembly line just feeding drinks to thirsty customers. Watching a trained bartender do that is part magic, part skill, and always mystifying.

We wrapped up shop around midnight, and as Tito and I sat and shared a drink, we spoke a little about his life. He told me about the two jobs and then, with a sigh said, “I have to be up in three hours.”

What shop is open at 3 am? You have inventory or something? 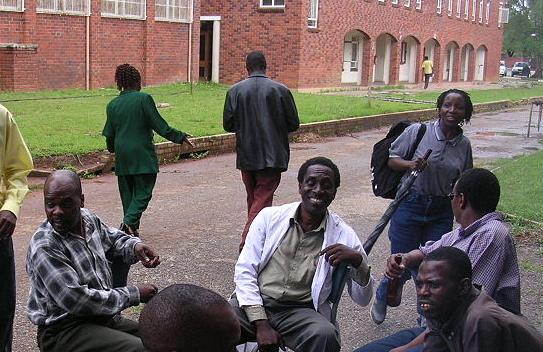 “No, I’m studying to be a certified accountant. The state exam is coming up, so I have to wake up early and study for it.”

I was floored. Here was a man who worked two jobs, who took public transport every day, as he couldn’t afford a car, and in his spare time, he studied for a better life.

It’s something not uncommon in Zimbabwe, which for years led the continent with the best education system in Africa. Take a stroll through the University of Zimbabwe in the northern suburbs of Harare, and you’ll find students sprawled out on the grass in study groups or packed into the library like stony-faced owls. It surprised me to see a campus that, with the exception of the dusty paths and the jacaranda trees, could easily have been cut from an American cloth.

The combination of a well-educated populace with few jobs means that the competition in this country is cutthroat. I met migrant farmers in South Africa with university educations from Zimbabwe. The tiny country, only 12 million people, has probably lost more university graduates to emigration and brain drain than many African nations ever had.

We tend to equate poverty with ignorance when we think about Africa. Some who’ve traveled the length and breadth of the continent deride Africans, specifically African men, as lazy or worse (looking at you Paul Theroux). Neoliberal development scholars decry Africans’ lack of entrepreneurialism.

Ha-Joon Chang, an old-school Keynesian scholar at Cambridge, argues the opposite: that Africans and others in poor countries are degrees more entrepreneurial and industrial than the average Western citizen. What they suffer from, is an underdevelopment of the institutions and capital that accelerate productivity.

One of the places I think they’ve got us beat, however, is transport. Walk around any African city and you’ll become used to the sight of the beaten-up, broken down public commuter buses weaving in and out of traffic at speeds considered only nominally sane. Wealthier locals will warn you against them, complaining that they’re unsafe, that the kombis speed through the streets, that they’re the most likely to have accidents.

against time. Another run could be

the difference between being in debt to

a dangerous man and putting food on the

table for a hungry family[/quote]

None of that is demonstrably false (though I would like to see some stats on automobile accidents involving public commuters in Africa). What I might argue, however, is that that when you add up all the miles driven on an average day, factor in streets where no one uses a crosswalk, where traffic lights are a suggestion at best, and where your paycheck is determined by the number of passengers you can keep in the car, and I bet the kombi drivers come out on top.

Unfortunately, driving ability is about the only way the kombi drivers come out on top. If you take a walk around Mbare township, one of the poorest neighborhoods in the capital Harare, you’ll quickly notice one name above all others: “Boss K.” It’s stuck on about 80% of the kombis in the township along with the name of the vehicle. I asked Oscar, my guide, about it.

“Ya, he owns all the kombis, it seems like. I think he must have fifty now. He puts his name on all of them and then comes up with some name to keep track of them all.” The scheme is this. Boss K rents out his cars to his various drivers. They pay him $100 a day. At the end of the night, they have to bring the car back to the depot, hand over their money. Whatever’s leftover, after gas and any repairs is theirs to keep. 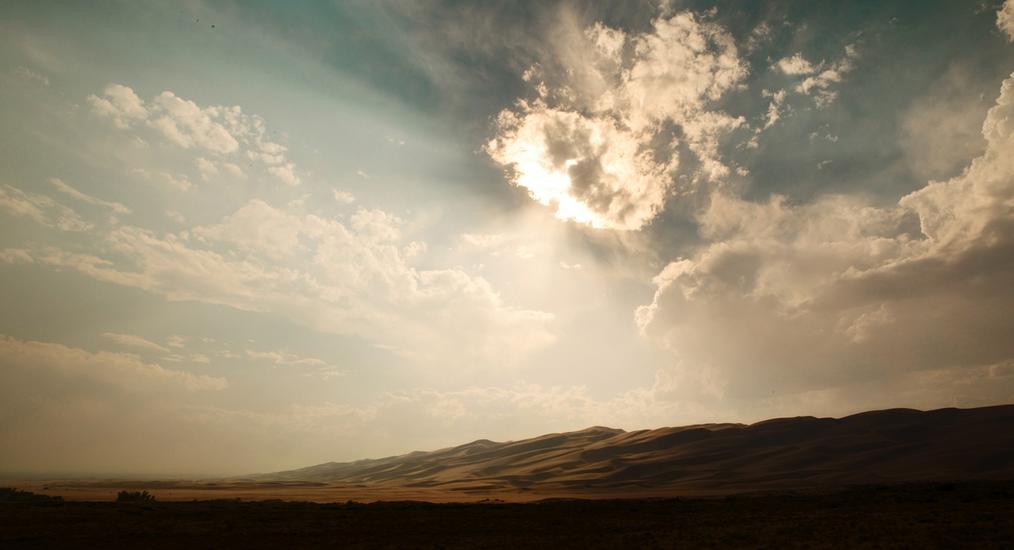 Considering that a kombi holds 18 people at any one time, each of whom pay fifty cents to get across town, I can’t imagine it can be very much (though again, an economic study would be fascinating). A driver will take a route out and back from, say, Copacabana to Chisipiti. When they return to the rank, they have to line up and wait their turn to go again. “Usually about an hour,” one driver told me. You’d have to make at least five trips just to pay off that day’s loan.

I don’t know if there’s much more to say on these subjects at the moment, though they have been meandering through my head this week. Just remember that the next time you read African travel literature that complains of the “death trap” public commuters or the lazy men idling in the shade (again, looking at you Paul Theroux). Appearances can be deceptive, and there are always reasons for individual behavior.

Whether it’s a good reason is another story. For some, like the kombi drivers, they’re in a race against time. Another run could be the difference between being in debt to a dangerous man and putting food on the table for a hungry family. For others, even two jobs aren’t enough. They, like Tito, may work all day, work all night, and study into the wee hours of the morning. In a country like Zimbabwe, you do what you have to do.

Sometimes, that’s all you can do.