The reason this whole thing works is that it becomes, pretty quickly, a story about actual people, and not just ciphers for what is wrong with them, or the way that society treats them.

Jukka Kärkkäinen and J-P Passi’s The Punk Syndrome (“Kovasikajuttu”) manages the former, but whether this article will manage the latter remains to be seen.

Although it’s perhaps not entirely accurate to say that this is a film about disability.  It tells the story of Pertti Kurikan Nimipäivät, or “Pertti Kurik’s Name Day”, a Finnish punk band who are all disabled in some way.  They were formed as a byproduct of a previous film entitled Give Me Some Respect, and ended up recording the title song for the soundtrack.

After seeing a feature on them on the news, the two film makers got involved and followed them around for two years, whittling the 100 hours of footage they collected down into 85 minutes.

Except the film itself doesn’t tell you any of this.  There is no narration, no backstory, no history of the characters or explanation of why they are where they are, or doing what they are doing.  The film opens with the band in the studio, practising, and from this point on, anything we learn about them is all from their own words, either spoken to each other, or occasionally to camera.

As a device, this absence of narratorial presence is not particularly revolutionary, but I don’t think I’ve ever seen it used to tell the story of disabled people.  And it works incredibly well.

At first, as we see some embarrassing moments (eg. the eponymous Pertti having his arse hosed down because he’s shit himself before he goes on stage); or arguments between the band members that descend into real anger; or any number of “things that disabled people say” moments, there’s an edge of embarrassment to some of the laughter in the cinema.  Are we allowed to laugh at this?  Are we laughing at them, or with them?

The same feeling is obvious in the crowds in the film itself.  At a gig in front of about 10 people in a square somewhere in Helsinki, or in similarly underpopulated clubs, you can see that the crowd are a bit unsure of what to make of it all, or rather how they’re supposed to react.

That soon disappears, for the crowds at the gigs, and for the audience in the cinema.  By the onset of a tour to Germany and a proper festival in Finland both are genuinely into it, and, you feel, not just because they think they should be.

[quote]actual people, and not just ciphers for what is wrong with them[/quote]

It is at this point that I am going to deliberately avoid the use of words like “powerful”, “heartwarming” or “life-affirming”.  You could use any of those to describe this film, if you wanted to, but somehow it would feel like it was missing the point.  Because the reason this whole thing works is that it becomes, pretty quickly, a story about actual people, and not just ciphers for what is wrong with them, or the way that society treats them. 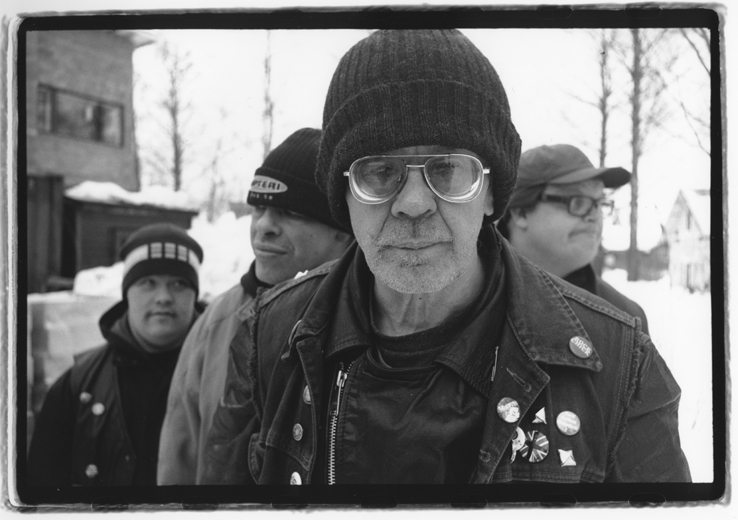 The interaction between the four bandmates is brilliant.  Kari, the singer, says he’s forced to “go everywhere” with Sami, the bassist (with whom he shares a group home) and at one point has a meltdown because they have to go for a pedicure together.  The improvised song he screams about this is superb, but causes a major argument between the two, who are still uneasily ignoring each other by the time they get to the pedicurist and have their treatments in adjoining rooms.

Kari’s journey from sullen annoyance (“be careful”) to ticklish singing as he has his feet worked on is wonderful.

Pertti, the guitarist, is obsessed with the seams in people’s clothes, and plays with them throughout, pretending he’s a snake as he does so.  He’s also easily hurt by his band mates (as when two don’t turn up to his birthday party) and gets very easily annoyed – “I hate Sami Helle” is a regular refrain.

But equally, once he’s calmed down, he’s profusely apologetic and sweet to all concerned, and the joy that he gets from performing, or receiving the pressing of their first record is great to see.

Equally, relationships with people outside of the band are introduced and add a huge amount of depth without any context needing to be given.  Drummer Toni’s parents, and their gentle attempts to persuade him to move into a group home; Sami, and his volunteering for a parliamentary candidate’s election campaign; Kari’s relationship with and ultimate engagement to Sirkka; and throughout it all, the endless patience and occasional slight annoyance of the band manager/social worker, Kalle (“Stop looking at tits and watch where you’re going”). 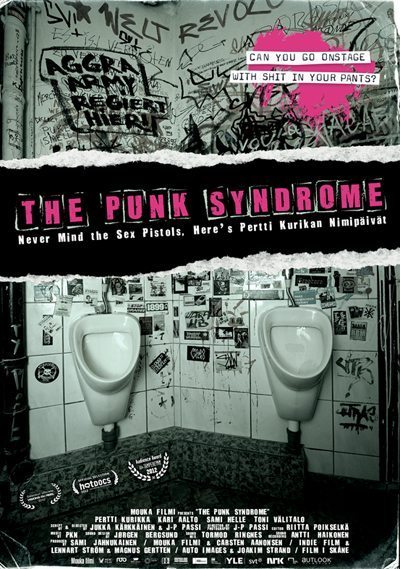 And it helps, mixed in with all this, that they’re actually quite good.  Obviously, in a punk sort of way, but if you like punk I think you’ll like them, because they are just so punk, in that very earnest way that the part of me that remains a teenager still believes in.  Plus there’s so much energy there.

Kari has a great voice, a bit like a cross between the singers from Rancid and Konkhra, and the anger of lyrics like “Decision makers cheat/cheaters make decisions/They don’t give a shit/about us disabled”, or “they give us pigfood in the nuthouse” is hard not to like.

There’s real tragedy as well, especially in Pertti’s story about how when his mother died no one told him, or notified him of the funeral, or how he once tried to throw himself under a metro train.  But again, I’m not going to dwell on this, or talk about redemption, or the healing power of music.  The thing I liked about this film is that it just let the character and personalities of these guys come out, without feeling the need to pile on the explanations, or pull on the heartstrings.

They’re not always nice, they must be a nightmare for Kalle to manage at times, but they are people, and after you’ve seen them on stage, I’d say it’s impossible not to give them some respect.

Or, as Sami puts it when Pertti gets upset about not being able to get a chorus right – “this isn’t about crying, this is about punk.”  Damn right.  And whether you like punk or not, I’d recommend you go see this film when it gets a proper release here in February 2013.  Or, if Pertti Kurikan Nimipäivät turn up at a venue near you, go and see them.

Next Story:
Tea As Irresponsible as whiskey?